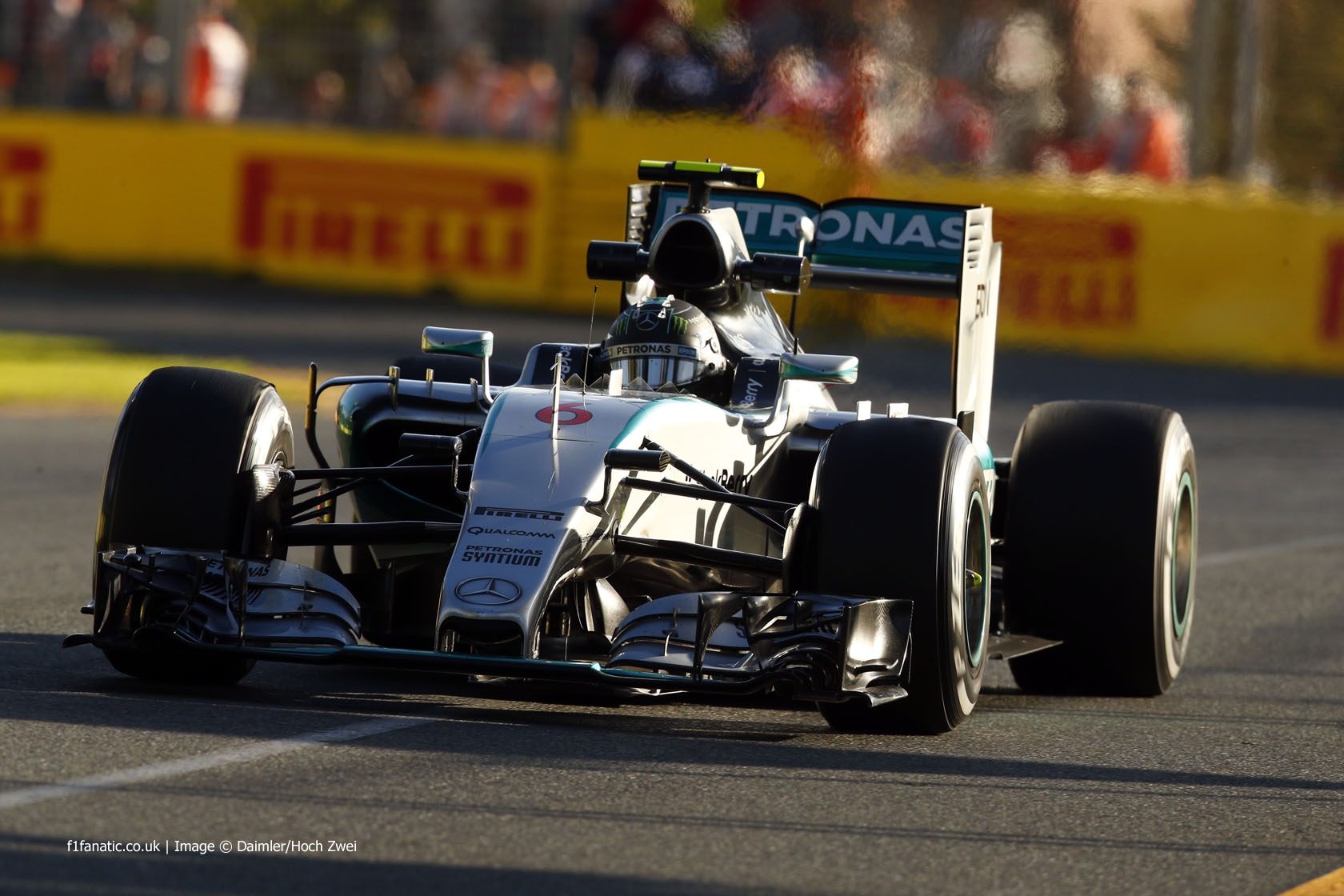 [interactivecharts]Nico Rosberg made at least two attempts to wrest the lead from Lewis Hamilton in the Australian Grand Prix. But his team mate never let him get within range.

As the graph above shows, Rosberg made at least two serious attempts to close down Hamilton’s lead in the second half of the race, beginning on laps 41 and 50. But each time one he got to within a second and a half of his team mate – almost within DRS range – Hamilton responded by pulling clear.

“The attack was most definitely there,” Rosberg insisted after the race when it was suggested to him that he never seemed able to put Hamilton under pressure. “Maybe you didn’t see it but it was there, for sure, inside the cockpit.”

“But Lewis made no mistakes so it was just not possible to get closer than that, let alone try some of attempt to overtake.”

Rosberg was cautious with his fuel use early in the race as he tried to save enough for a late attack on his team mate. But he suspected Hamilton was alert to the threat.

“It was just a matter of saving a little bit of fuel in the middle of the race to then be able to go full on at the end of the race but I think Lewis did a similar thing,” said Rosberg. “As soon as I started to save a little bit he saved as well, so he could push, so it didn’t really help me unfortunately.”

27 comments on “How Hamilton rebuffed Rosberg in the final laps”