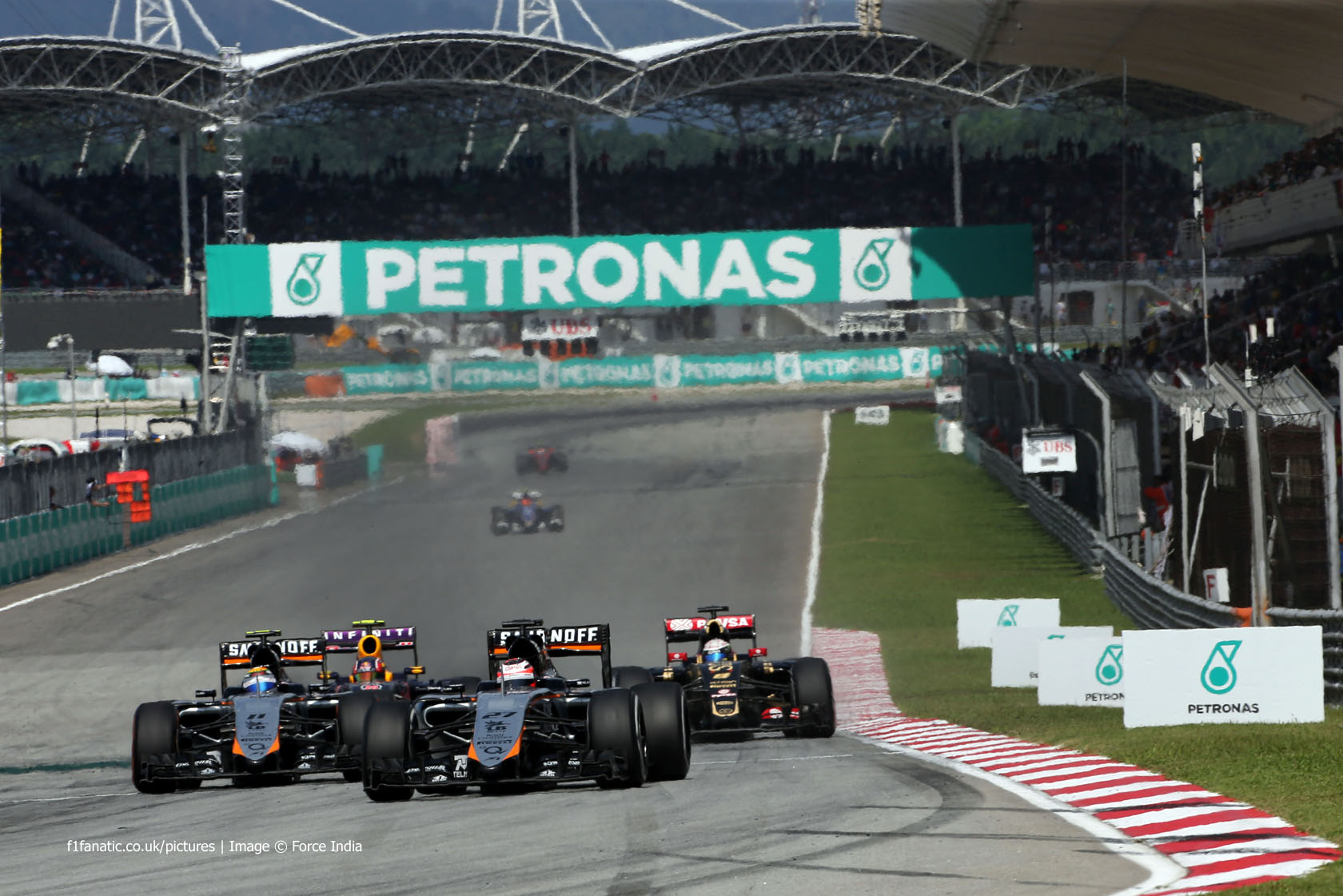 Romain Grosjean revealed Sergio Perez apologised to him following their collision in the Malaysian Grand Prix.

The pair tangled in turn 12 as the Lotus driver was trying to overtake the Force India.

“I think to be fair I wasn’t really happy with Sergio during the race,” said Grosjean during a press conference today.

“It was a good move on the outside of a high-speed corner. You know we take risks and they can end up the way it ended up.

“Sergio came to see me and just apologised, he had no more tyres at that point in the race and just went a bit wide.”

Perez was given a time penalty and a license endorsement for the collision. Grosjean said drivers must be careful to avoid similar incidents: “I think we just need to be careful in high-speed corners not to get wheels in between other wheels.”

Perez’s team mate Nico Hulkenberg was also penalised in Malaysia after colliding with Daniil Kvyat. Hulkenberg said he felt his penalty was “maybe a bit harsh”.

“I spoke Dany after the race, he just didn’t expect me to dive back in and he didn’t see me as well,” he said. “I still tried to pull out of it but it was too late, we touched.”