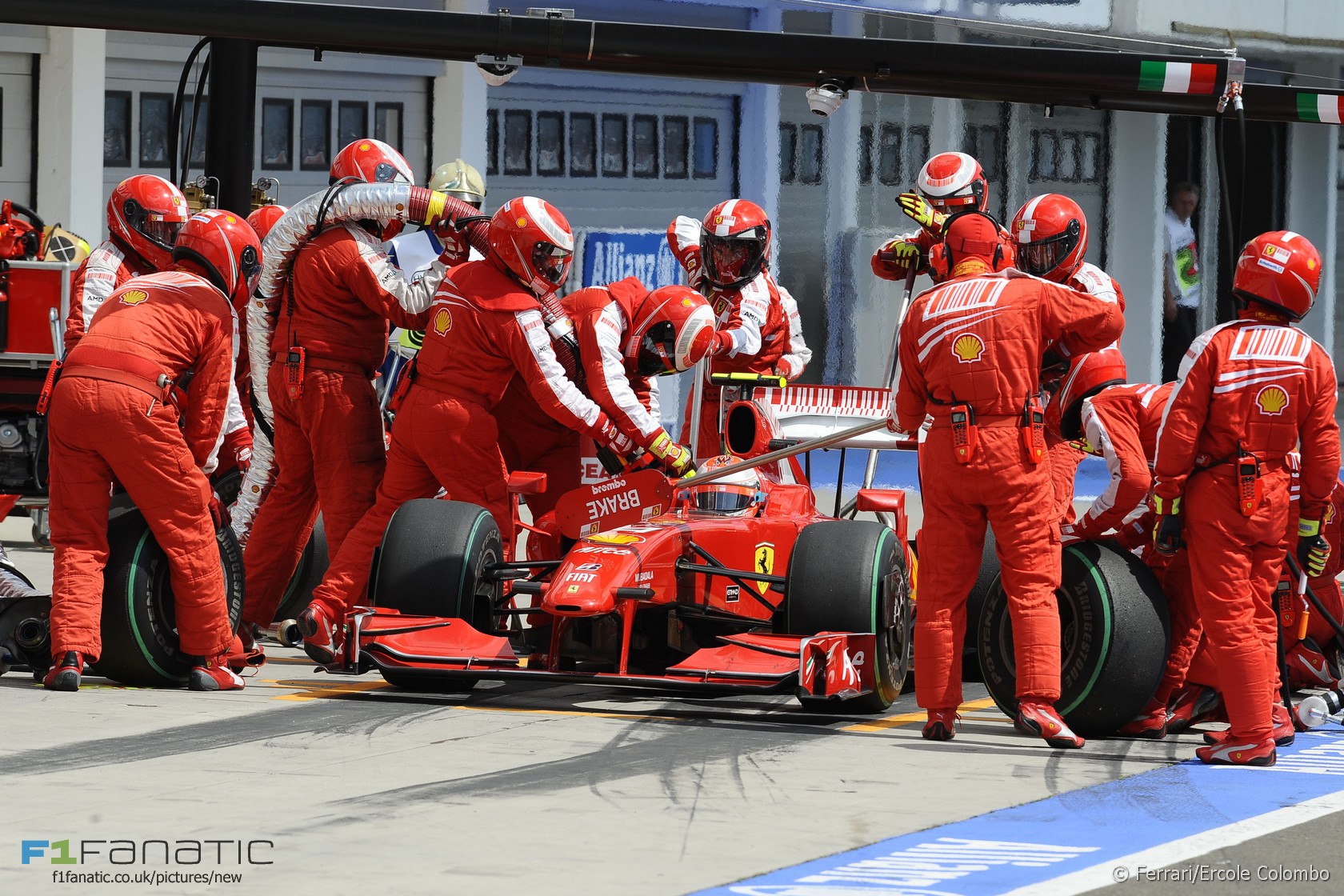 The F1 Strategy Group’s plan to bring back refuelling in 2017 may have little effect on race strategies, according to Lotus technical director Nick Chester.

Refuelling was last seen in F1 in 2009 but could return after next season if the group’s plans are endorsed by the Formula One Commission.

However as it is already common practice for drivers to make at least two pit stops during a grand prix, Chester expects it won’t drastically change the pattern of races.

“It may not change the strategies that much as everyone will re-optimise for it,” said Chester.

According to Chester, the attraction of bringing back refuelling has more to do with making the cars quicker. “There has been a lot of talk to bring lap times down in 2017 and refuelling will do so by running less fuel in the first couple of stints during the race,” he said.

“It may mean that drivers can push a little bit harder on their tyres as they’d not carry as much fuel,” Chester added.

It would also mean the current two-second pit stops are likely to become a thing of the past. “The challenge would be to bring refuelling times down to the times we can do a tyre pit stop nowadays and that would prove quite difficult,” said Chester.

69 comments on “Refuelling return ‘may not change strategy much’”