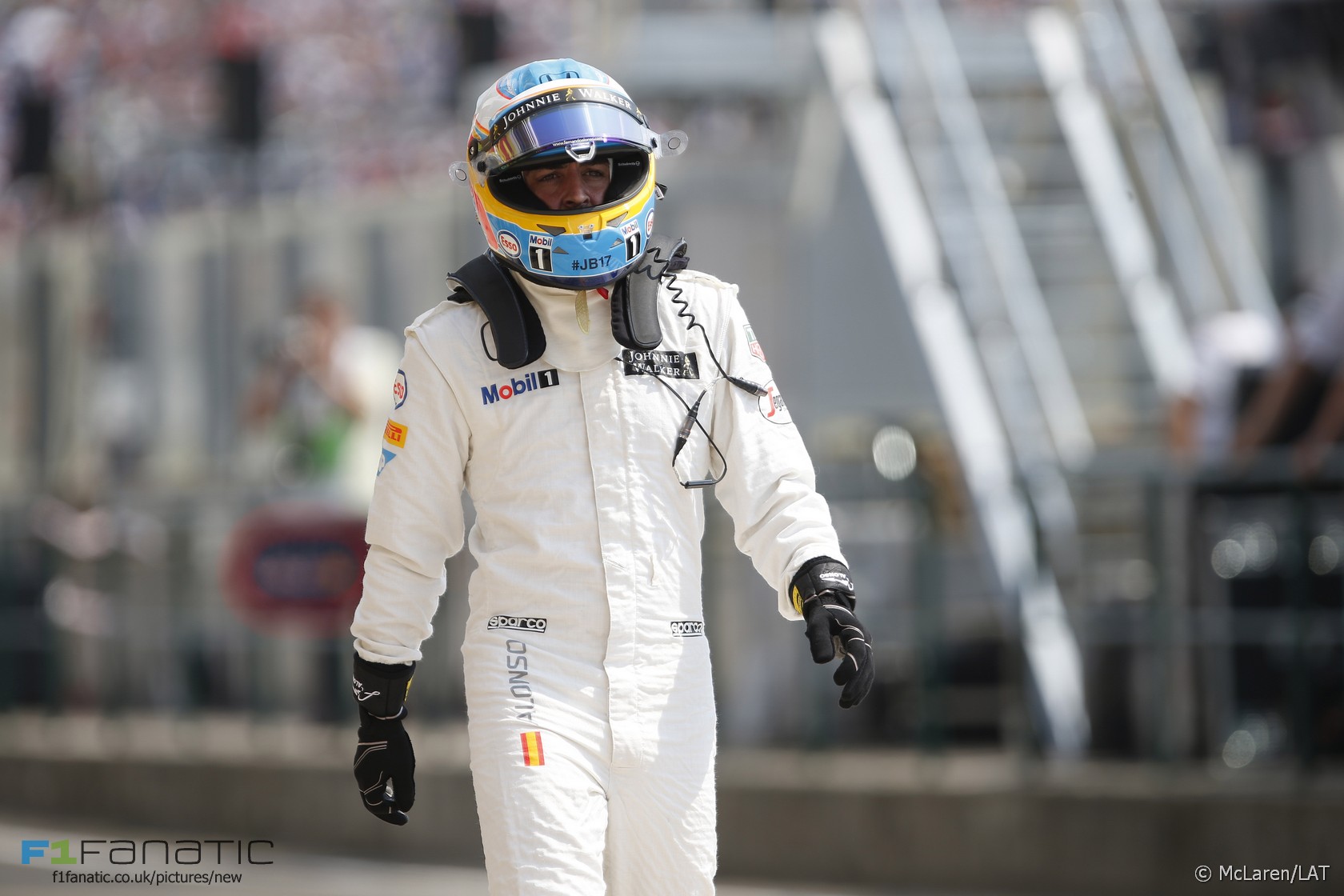 In the round-up: Fernando Alonso admits his frustrations with F1 have tempted him to consider racing in other categories.

Fernando Alonso hints at future switch away from F1 (BBC)

"With no testing, with these tyres, with these limitations, with the calendar for example of next year, there is the temptation for (doing) other categories, that is true."

"You’ve got to go to a controlled circuit where water is applied on a consistent basis. It’s one of the few places where in January it should be OK in terms of weather."

"We were clearly not expecting to get in to Q3. Our first mission was to get in to Q2, which didn’t seem that easy initially, and we did that and then the lap in Q2 was absolutely beautiful."

"The rumble strips here are so long that if you ride on them completely, you get high frequency, a decent aptitude load, that you don't see anywhere else."

Hamilton assures Wimbledon he will dress up next year (Reuters)

"It was fun, I enjoyed the aftermath of it and ultimately I am excited that I have been invited back again for another year, or I will be invited back -- so I'm happy about that and I will make sure that I dress the right away."

The 'One' after Jules (Gabor Vajda)

"'I swear I’ll never do this again' I said when Friday was over at the Hungaroring."

Pushing his car with one hand, waving to the crowd with another. Fantastic stuff from @alo_oficial! #F1 #HungarianGP pic.twitter.com/nrtqrZBhYw

Judging by @KevinMagnussen's retweets he's very keen to get the chance to push a broken-down McLaren along the side of the track. #F1

Bet @alo_oficial wishes he'd known this rule before pushing his McLaren back to the pits in qualifying… #F1 #F1F pic.twitter.com/gsHchnAaEs RogerA was not impressed with what he saw in yesterday’s GP2 race:

I hate this tyre-deg dominated racing and the predictable, uncompetitive and stupidly easy passes it produces.

Seeing Alex Lynn come out the pits in fifth knowing that he’ll be two to three seconds a lap faster on fresh tyres and that passing the four cars in front is going to be easy just removes all interest and excitement for me and that’s just not the sort of uncompetitive non-racing I enjoy watching.

Watching Lewis Hamilton at Istanbul in 2006 for instance where he was pulling off real overtakes and he was coming up against guys towards the front like Glock and Piquet who were able to race him and come back at him when he was trying to get by them. That’s real racing and what GP2 was always about until we entered this Pirelli tyre-deg era.
RogerA

On this day last year Nico Rosberg took pole position for the Hungarian Grand Prix as Lewis Hamilton suffered his second technical problem in a row during qualifying.

62 comments on “Disillusioned Alonso ‘tempted’ to race outside F1”