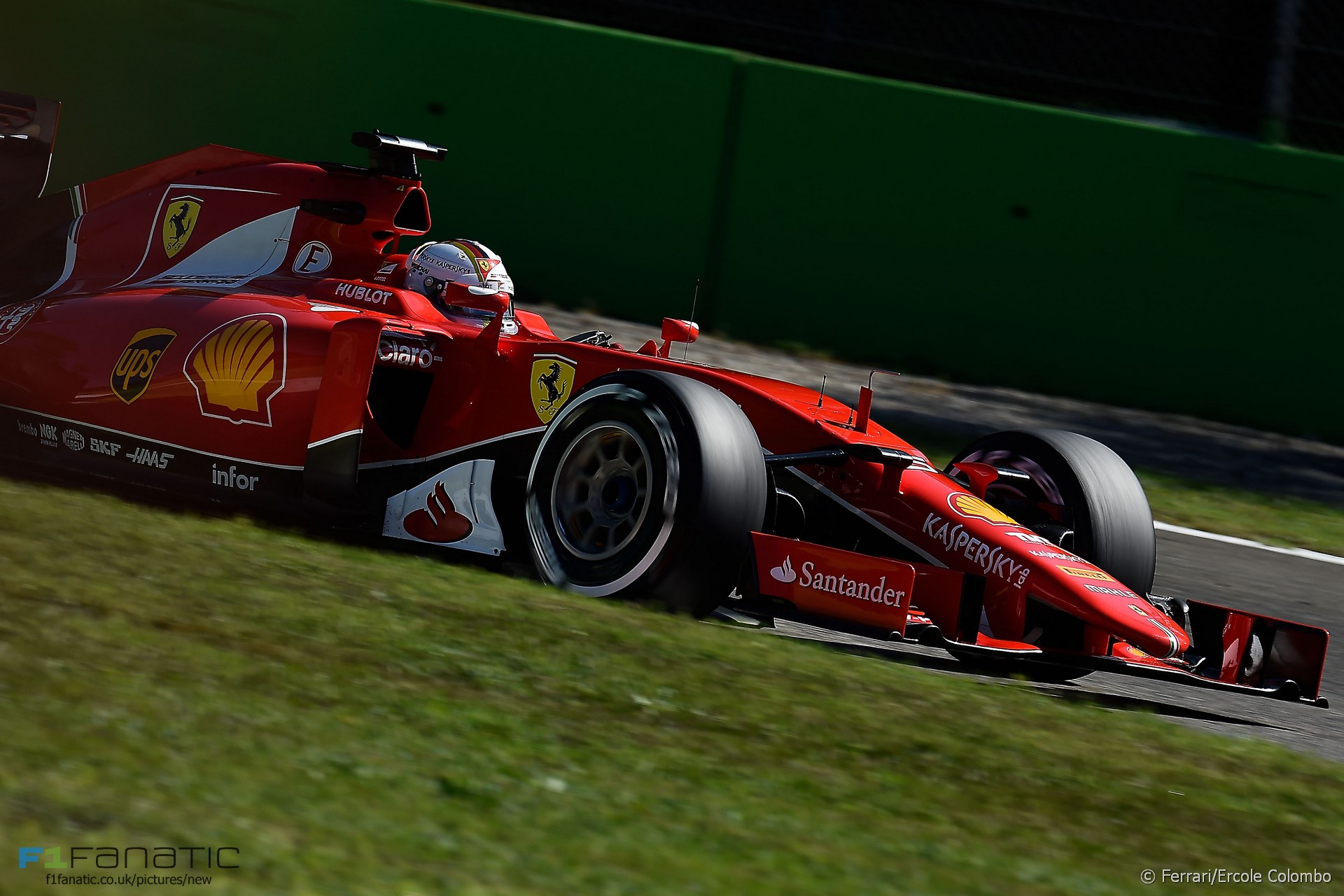 Sebastian Vettel says his first podium appearance at Monza as a Ferrari driver was ‘the best second place’ of his career.

Vettel ran second for the entirety of the Italian Grand Prix to record an emotional podium finish to the delight of the Tifosi in the attendance.

“It’s an incredible day, it’s the best second place I ever had in Formula One,” says Vettel. “Thanks to all the Tifosi for giving me those emotions today on the podium.”

“It’s fantastic to see so many fans, feel the support we get as a team. It just makes our lives so much more worth living when you see all the fans coming underneath the podium. In terms of emotions it’s more than a victory.”

Vettel jumped team mate Kimi Raikkonen at the start of the race when the second Ferrari fell into anti-stall as the lights went out, dropping him to the back of the field on the run down to the first turn.

“It’s a shame because otherwise I believe we could have both cars on the podium today,” says Vettel.

“The speed was there, unfortunately not enough to win, but we’ve tried everything. Monza is known to be a power track and we all know how dominant Mercedes was here last year. I believe the engine guys have done a great job. There are for sure things that we need to improve: we’ll do step by step.”