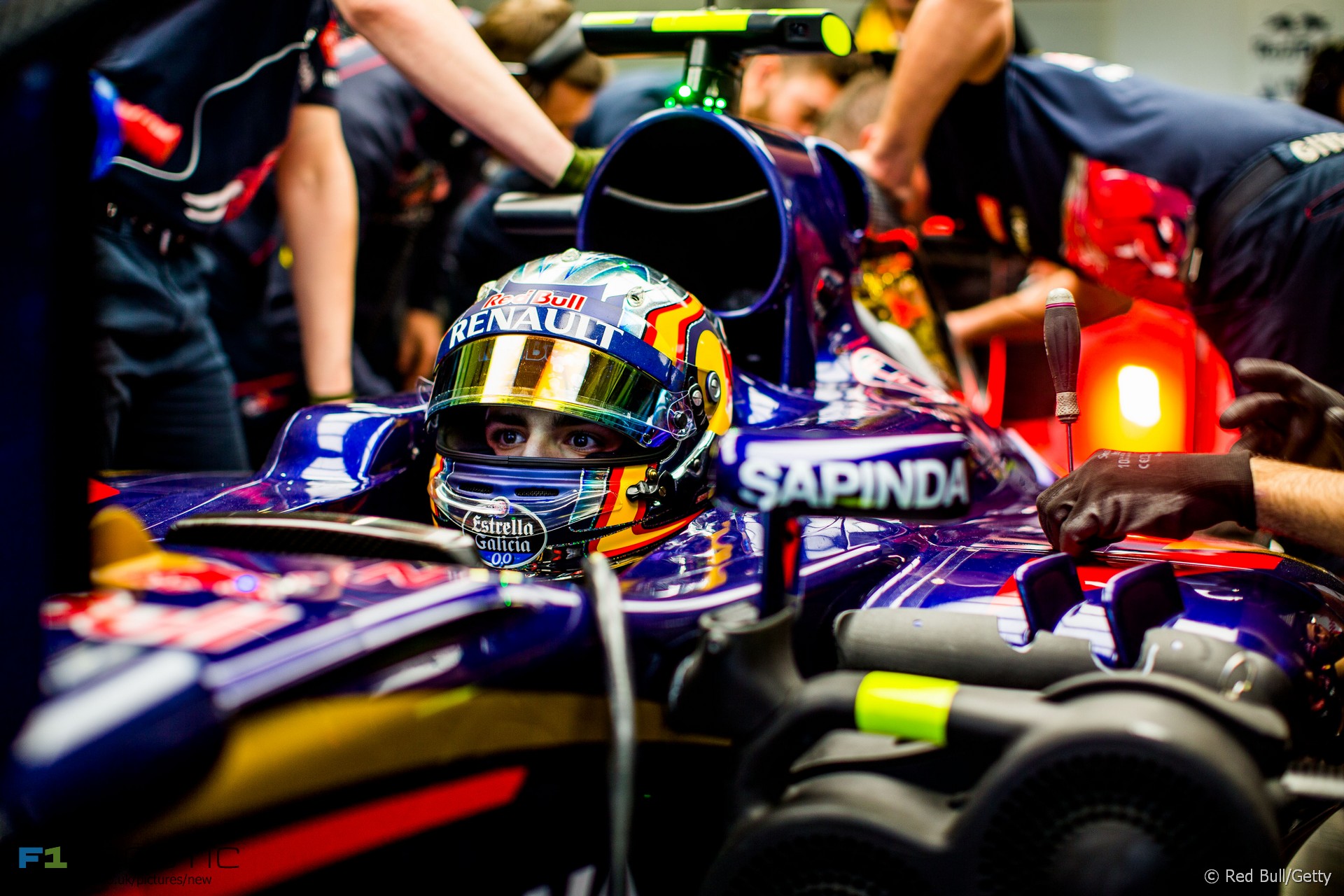 The final practice session for the Russian Grand Prix was abandoned following a serious crash for Carlos Sainz Jnr.

Sainz was transferred to an ambulance following the crash and was shown giving a thumbs-up to onlookers. He was later taken to hospital where he was found to have no injuries, but was kept in overnight for observation, which his team described as standard procedure.

The Toro Rosso driver went into the barriers at turn 13 which follows one of the fastest parts of the Sochi Autodrom circuit. Footage of the crash showed Sainz initially hit the wall on the inside of turn 12.

Marshals and medical crew were swiftly at the scene of the accident where TecPro barriers had folded around and on top of the chassis.

Max Verstappen, the driver of the team’s other car, was heard on the radio asking about Sainz’s condition. “It looks like a big one,” he said. “We lost power on the car, we don’t know.”