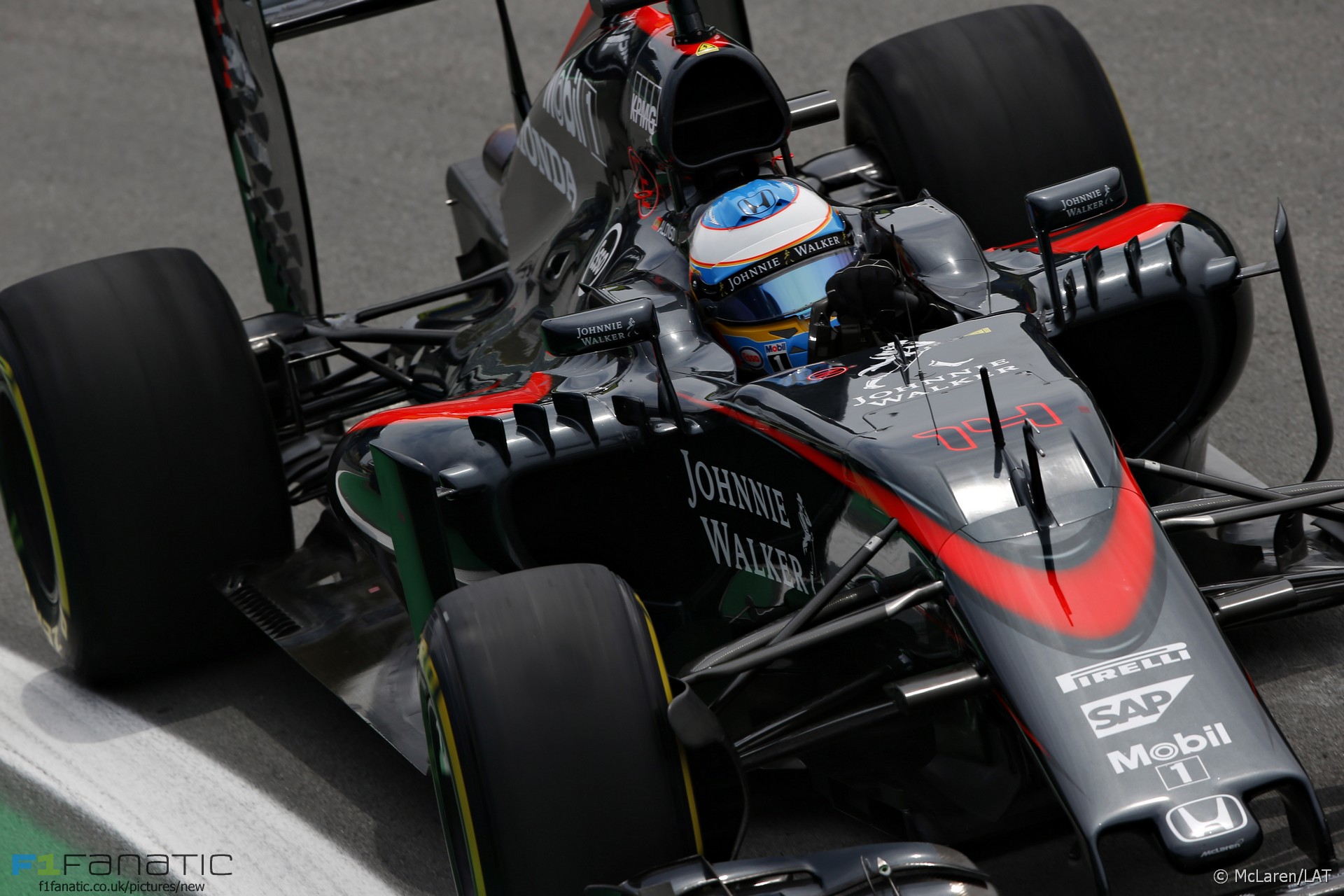 Fernando Alonso revealed the McLaren he will use this weekend is running a large number of parts intended for their 2016 challenger as the team seeks major gains in its second year with Honda.

Alonso expects the team will end the year with only Manor behind them in the constructors’ championship as he considers it “unlikely” they will score enough points this weekend to overtake Sauber.

“They are nine points ahead,” he said in today’s FIA press conference. “We have scored points three or four times only this year. To score as many as ten in one race is a bit difficult.”

“We will try to do our best, try and perform a good weekend but our minds are on next year’s project. Probably half of the car is next year’s parts and next year’s philosophy as well. So I think we are not too worried about beating Sauber this weekend or not.”

Alonso reiterated his view McLaren offers him “the only way to become champion again” but said he isn’t sure if it could happen as soon as next season.

“At the moment it’s a question mark, I guess, where McLaren-Honda can be next year. There are a lot of expectations in the team. I think we worked hard all season, been united in some difficult moments and always moving forward.”

“For 2016 the main goal is to come back to where we belong, being competitive, fighting for the top positions. I don’t know if that means fighting for world championships or victories or just being on the podium sometimes. That’s always difficult to know in a very complex sport like Formula One.”

“It’s definitely some big challenge ahead in the winter and I see all the things the team has done in the last couple of months. All this seems very logical, very positive. I’m confident it will be a completely different season next year and I’m happy with the progress.”