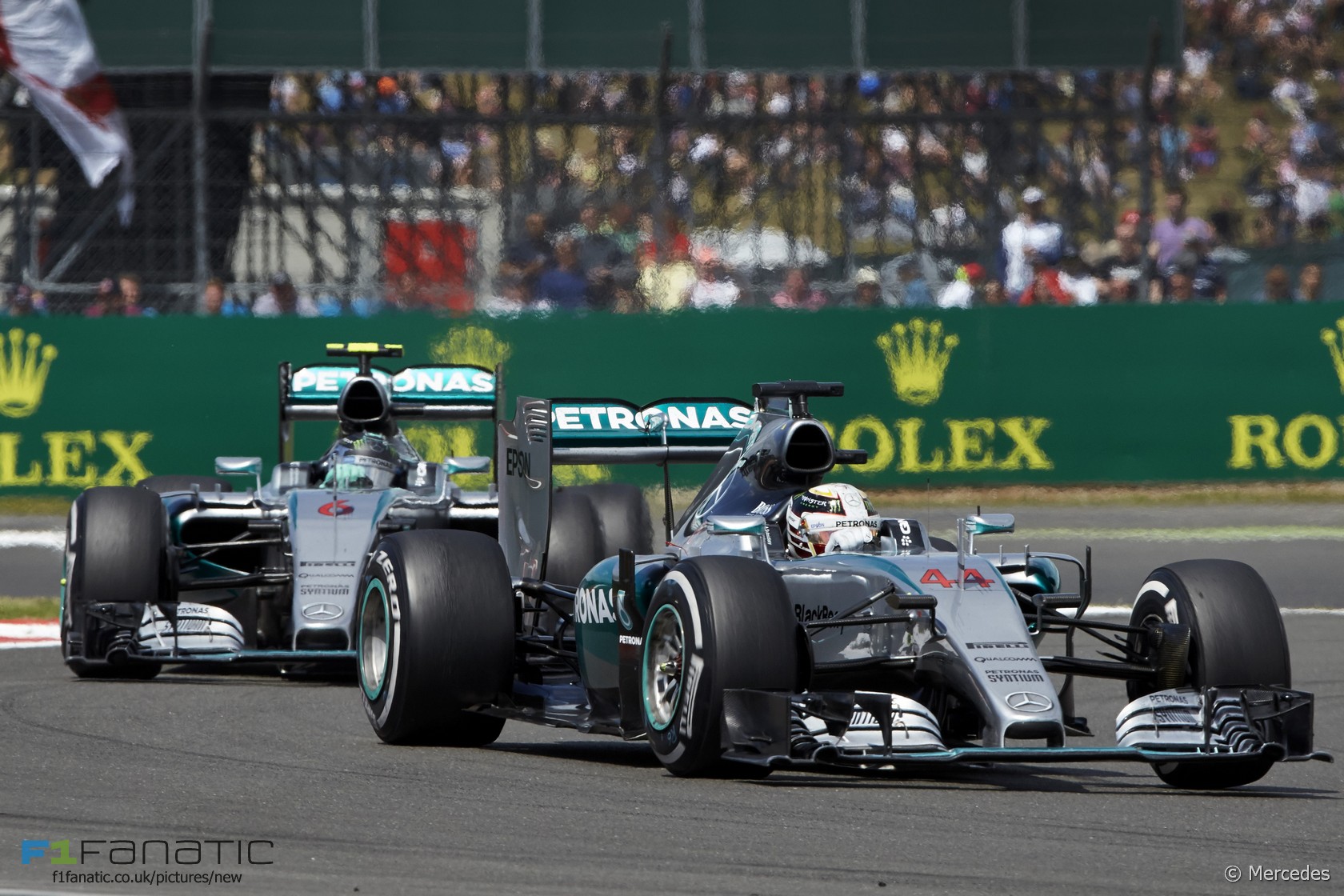 In the round-up: Mercedes executive director Toto Wolff admits his team’s domination of Formula One is hurting the sport and says they could relax the restrictions on their drivers strategies to make their battles more exciting.

Which drivers and teams are you rooting for? Here’s how you can show your support for them and all the other drivers on the grid on F1 Fanatic:

"Maybe it's about unleashing the two of them (Hamilton and Rosberg) completely. Make them have their own strategy cars. That would be a solution."

Ricciardo: Red Bull will bounce back stronger than ever (Motorsport)

"It should be a little bit better, but to get on Mercedes’ level, realistically we’ll probably have to wait until 2017. But you never know."

"Back then you could say, 'I'm going to employ another 30 aerodynamicists, I'm going to run the tunnel a bit harder, I'm going to do this that and the other'. You can't do that now."

"For a year, Williams engineers have been perfecting a thin strip of plastic, shaped as an aerofoil that attaches to shelves of the fridge."

"I watched carefully as Jules cajoled and prodded all of us who sat at the table, as he pulled out all the stops until his gear was sold to the highest bidder. I remember laughing to myself and thinking just how much he reminded me of me."

Honda’s swiftest route to competitiveness may be to adopt the same approach as their rivals:

Ferrari caught up precisely by copying Mercedes with a bigger turbo and using their ERS subcontractor. It’s not ‘makeshift’ or ‘copycat’ but convergence.

As for Honda knowing, well they had all 2014 to see what Merc did, how they used car bodywork as part of the dyno, then when Honda launched they hadn’t done that and the car couldn’t cool the engine they’d built.

The MGU-H was obviously – as in, obvious to everybody else – woefully under-powered.

So I hope they’ve become more practical and less inward-looking, and we get to see the Macs racing hard in the midfield.
@Lockup

Philippe Etancelin, one of 21 drivers who was on the grid for the first ever round of the world championship, was born on this day in 1896. Etancelin survived his period in motor racing and lived to be 84, passing away in 1981.