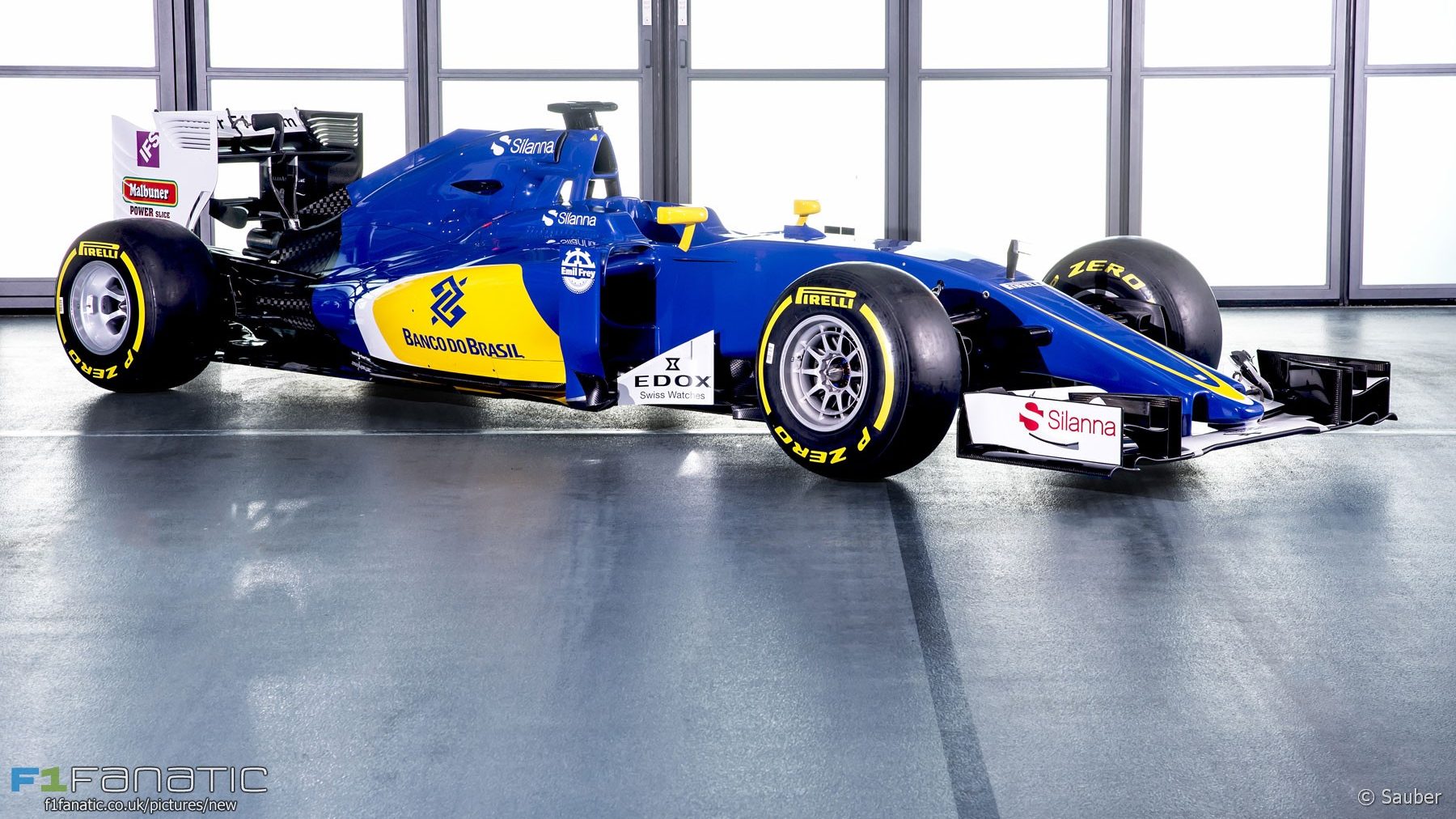 The first pictures of the Sauber’s new car, the C35, have been revealed by the team.

Team principal Monisha Kaltenborn says the team’s goal for the season is to cement its position as a midfield competition.

“We want to clearly improve,” she said. “Obviously, there’s a certain position we’d like to achieve. But, to start with, it’s important to become established in the midfield. Only then are we going to focus on individual positions.”

Technical director Mark Smith says the team has “slightly changed the philosophy of how we developed the car aerodynamically”, although the new car represents an evolution of last year’s C34.

Sauber continues to use a Ferrari power unit and gearbox which, as with fellow customers Haas, are of 2016 specification. A smaller gearbox and revised power unit packaging has allowed the team’s engineers to create a more tightly sculpted rear end for the C35.

Drivers Felipe Nasr and Marcus Ericsson have been retained by the team for 2016. Nasr, who was the team’s top scorer last year, said: “It’s difficult for me to predict how the positions behind the top teams are going to pan out this season and where we’ll be able to line up in that part of the field.”

“We’re going to put innovations on the grid, but so are our competitors, and their efficiency remains to be seen. It’s hardly possible to make any predictions under these circumstances. The whole team has been working very hard to explore areas in the car that we can improve. That’s why I’m confident that we’ve made progress.”