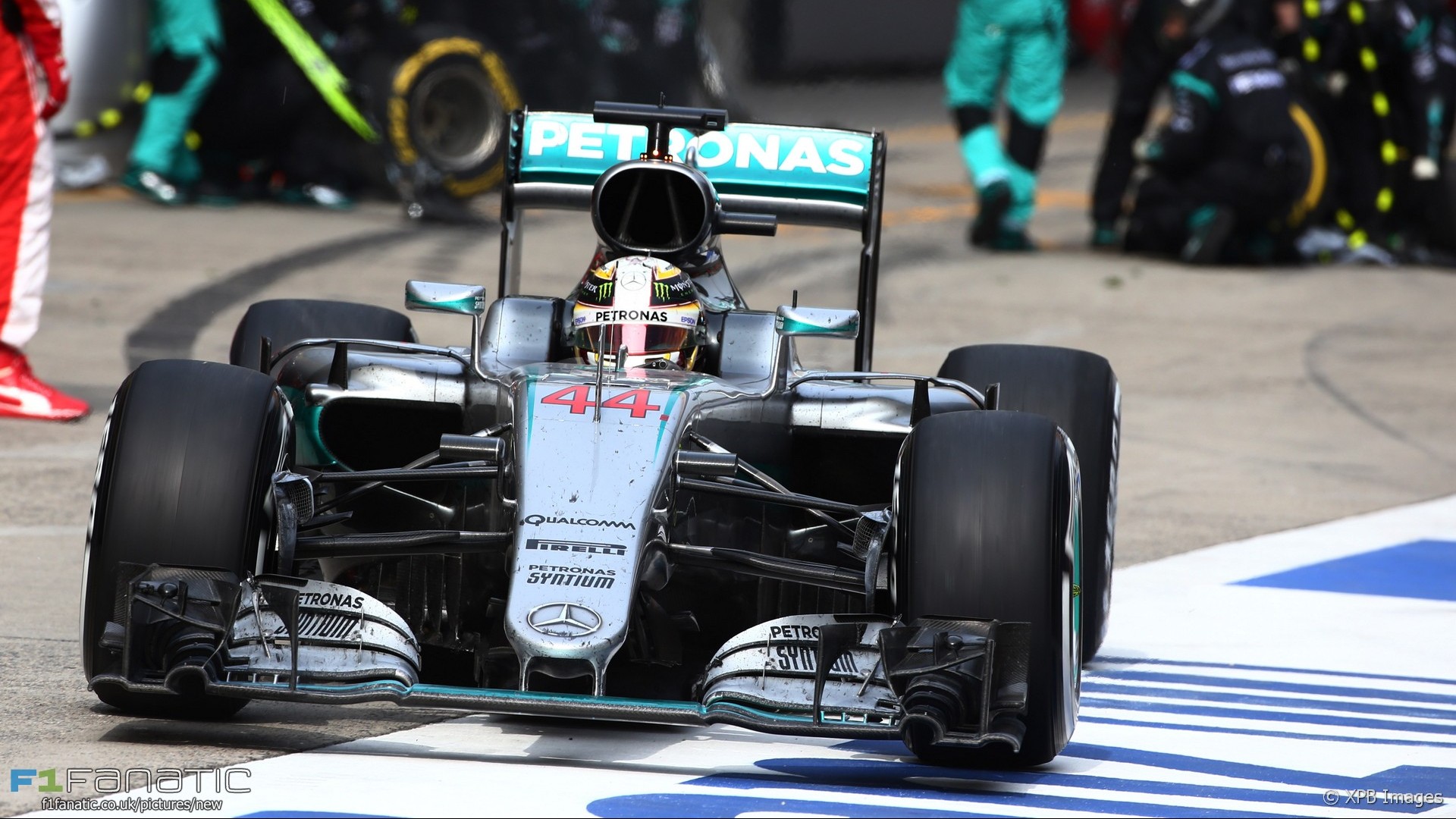 Lewis Hamilton’s fight through the field in China was compromised because his first set of soft tyres were damaged in the first corner collision.

That forced the team to put Hamilton on a set of medium tyres at the end of the race, as executive director for technical Paddy Lowe explained.

“Under the Safety Car, we chose to perform consecutive pit stops with Lewis to get rid of the super soft and enable us to run the rest of the race on the soft, which was the stronger race tyre,” said Lowe.

“As it transpired, his first set of softs were cut from the first corner incident – something we were unaware of at the time – which meant we were then forced to run the medium at the end of the race, rendering our super soft eliminating tactic redundant.”

Hamilton had qualified last on the grid due to a power unit failure in qualifying. He was then involved in the first corner collision with Kimi Raikkonen which led Mercedes to rue their decision not to start him from the pit lane instead.

“One of the debates we actually had overnight was whether to do a bit more work to the car and start him from the pit lane,” Lowe revealed, “which ironically would have been a better decision in hindsight given what happened at the first corner.”

“Equally, Lewis had by far his best start of the season, which ironically contributed to him being caught up in the cascade of collisions ahead of him. So, a perfect storm of unfortunate circumstances all round put him on the back foot straight away.”

Although Mercedes replaced the front wing Hamilton lost at the first corner his W07 carried damage until the end of the race. “We could see that there were problems with the car – both aerodynamic and mechanical – affecting him through the low-speed corners in particular,” said Lowe.

“Overall Lewis did a great job to recover what he could with a car that was significantly under-performing,” he added.