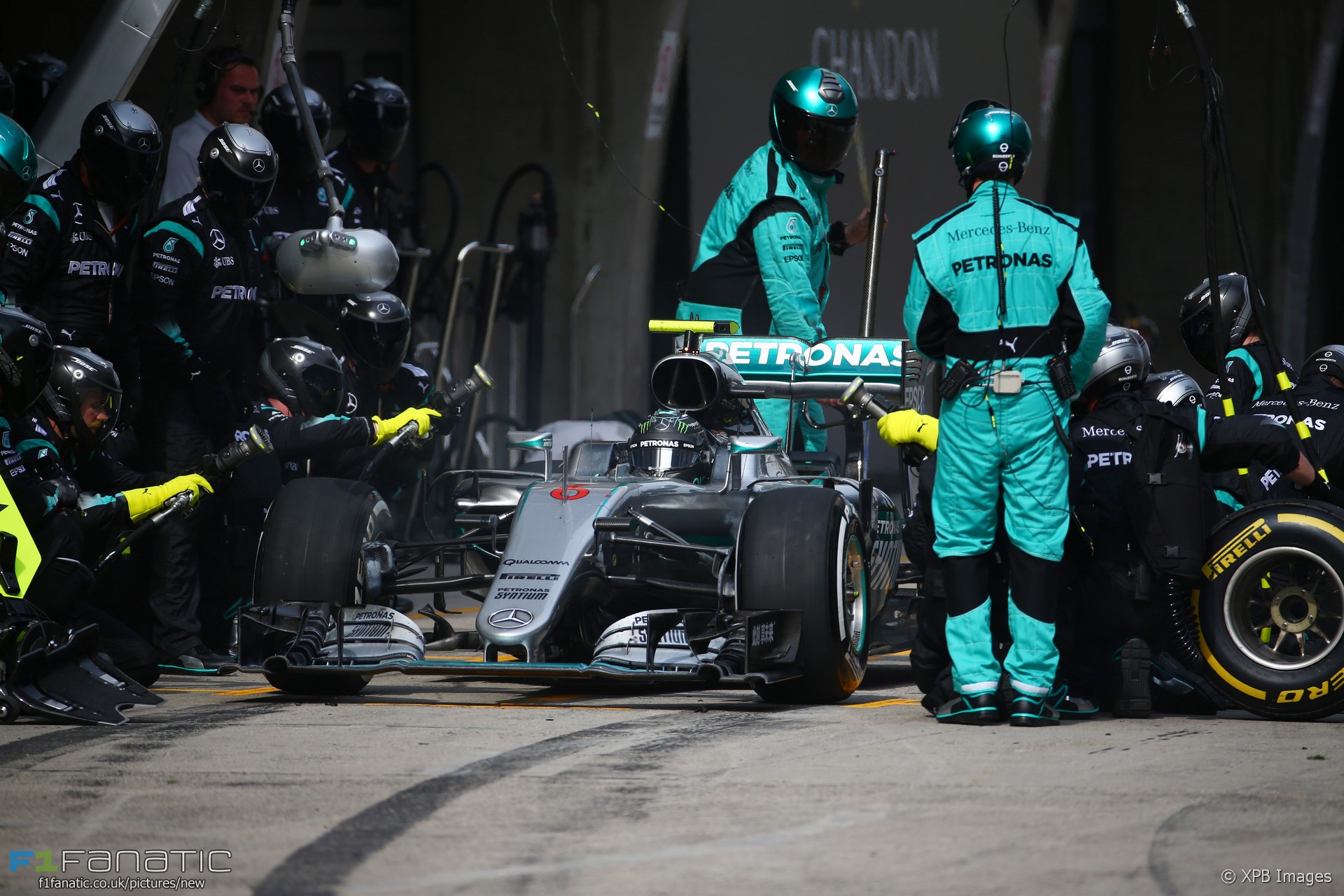 Nico Rosberg started the Chinese Grand Prix at a strategic advantage as he was able to start the race on the preferred soft tyre while the rest of the top ten qualifiers were all on the super-softs.

However within a few laps of the race that advantage was partly negated by the Safety Car. That handed several of his closest rivals a ‘free’ pit stop, although it also dropped them behind some other cars.

Even though Rosberg wasn’t able to realise the full benefit of his strategy, he still won the race by a handsome margin of 37 seconds. He clearly wasn’t pushing the car to its limit either, indicating Mercedes still have plenty of performance in reserve.

Team mate Lewis Hamilton made five visits to the pits, although two of these were to fulfil the rules requirement to use a second set of tyres, which he got out of the way during the Safety Car period. Even so, he ended up switching to the medium compound at the end of the race.