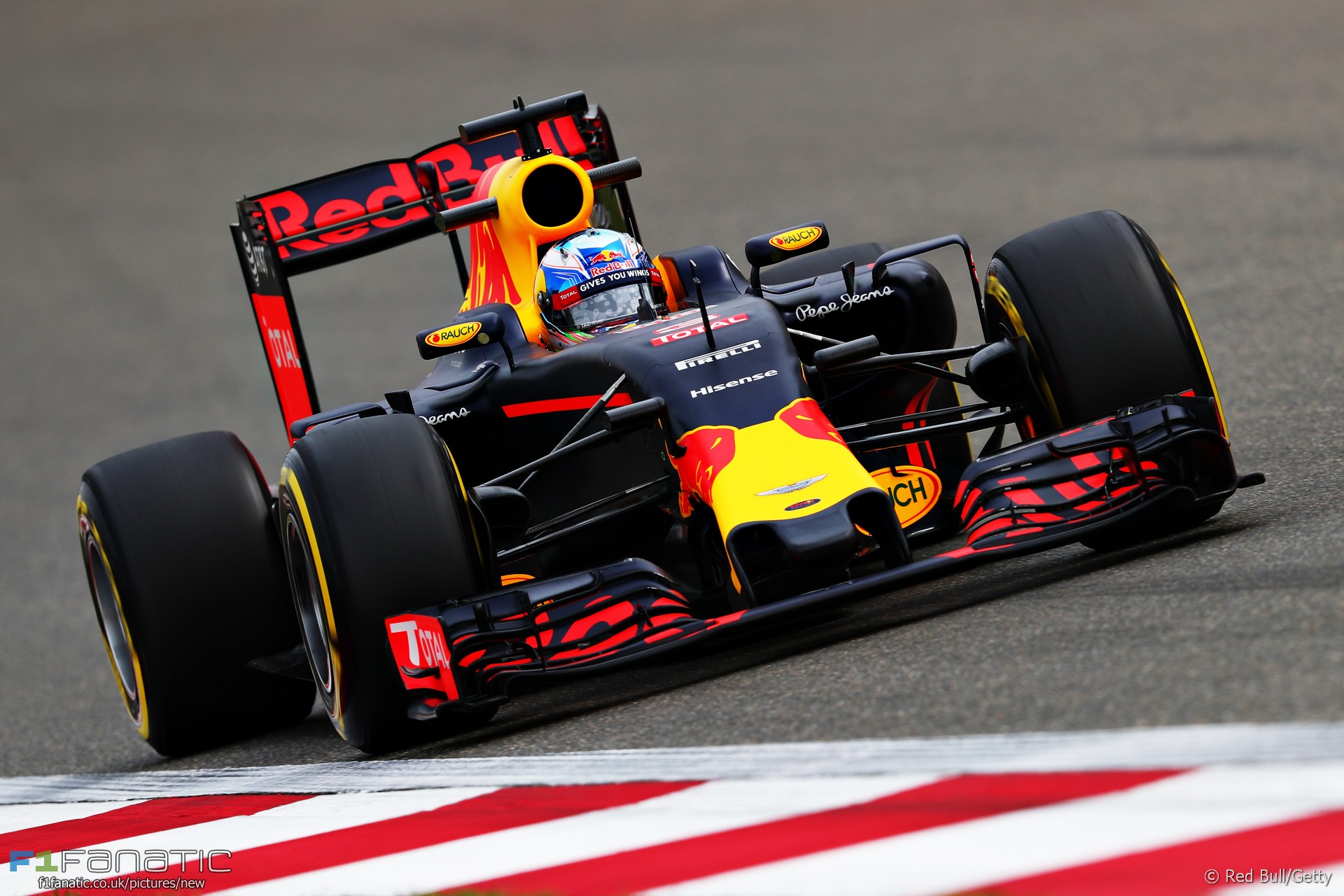 In the round-up: Daniel Ricciardo says Red Bull have been surprised by their competitiveness so far this year.

"It's really promising. Every race we have shown a strength we didn't think we'd have."

"It is understood a compromise has been reached so that if the 2017 car rules are signed off, the F1 Commission will be asked to vote on a plan to raise the fuel limit by 5kg to 105kg for a race."

"People forgot to print these things. Thank God I don't take a lot of notice."

"We are running ours in the wind tunnel this week and it looks like a proper racing car. It's got very big rear tyres on it and it doesn't look retro, which is a thing I was worried about."

"You can imagine how much pressure he has on with all the people who criticize and nevertheless he follows his instinct and he follows his way and that seems to be functioning and for the team it's great."

"I think the trend in Formula One now is that Mercedes, Ferrari, Renault and Honda can win the championship because the other private teams won’t."

"If there is a chance (to return to the Formula 1 calendar) we would like to take it, but in the end it will be a question of the conditions and the financial risk."

Driving on ice - the secret to Finnish Formula One success (CNN)

"The Finnish mentality is also good for Formula One because it could be easy to get carried away with the glamorous stuff but we are not like that."

"For reasons of range, sound and providing the link to F1, a small-capacity V6 is likely to be the preferred primary power source."

Felipe Massa's son has a race-off with Daniel Ricciardo.

Dang it. The little man showed me how it's done. I'm saying home court advantage got me beat. #FELIPINHOvsRICCIARDO pic.twitter.com/A3qOc48R41

Would an arbitrary rigging of engine performance be worth it to see a more competitive field?

Honda is like the slow student in a class, no matter how much they study, they will still remain last. If the subject matter was easier (engine formula was easier), then I could see Honda closing the gap by 2018. But the rate they are at now, they will constantly flunk the engine test year-in, year-out. Renault have improved a lot this year with the help of Illien, but up until last year, they looked incapable of closing the gap as well.

Imola held its last world championship F1 race on this day ten years ago. Michael Schumacher won, holding off Fernando Alonso in a reversal of the previous year’s race.

46 comments on “Red Bull ‘stronger than expected in every race’”