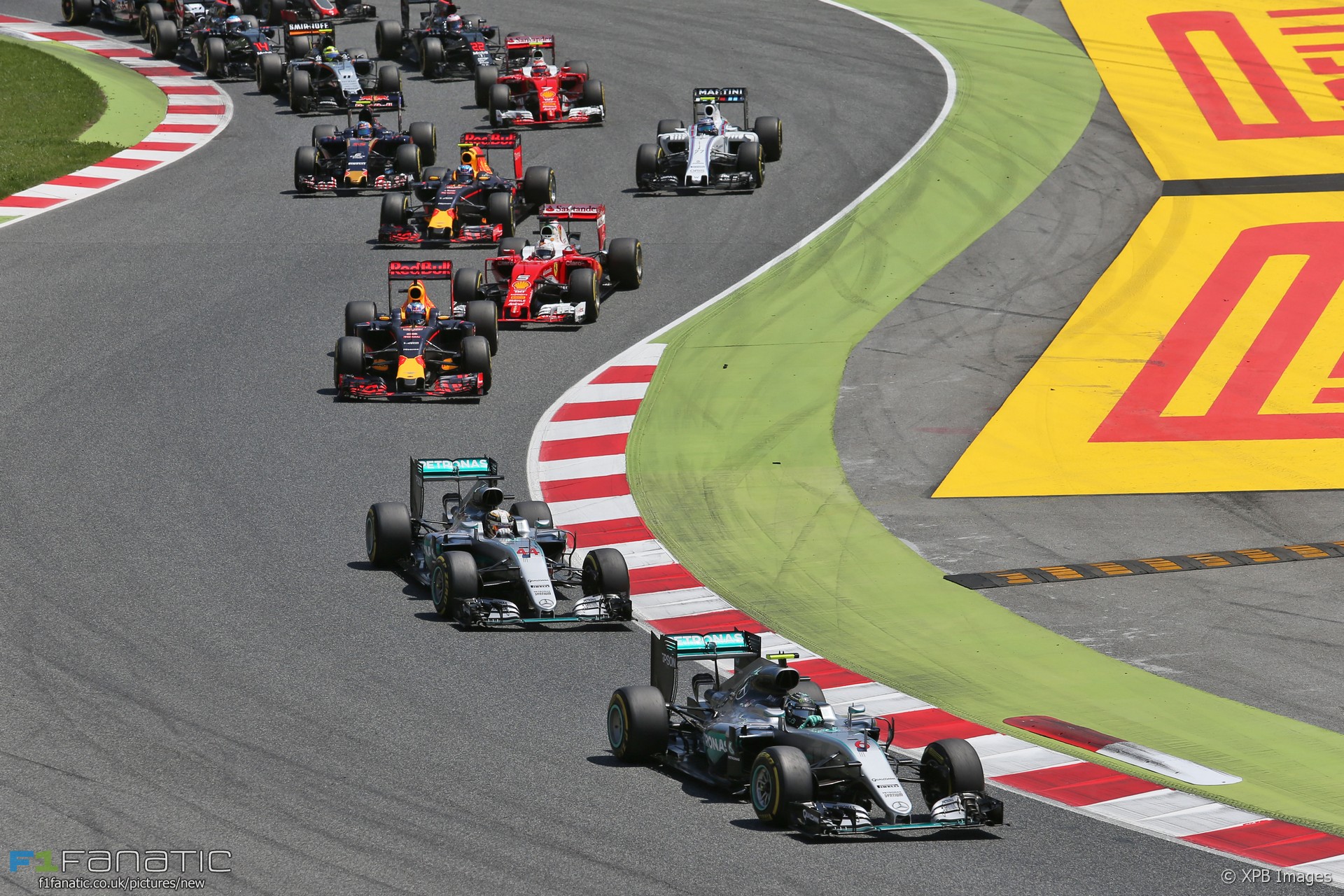 Lewis Hamilton has confirmed Nico Rosberg had lost power because he was in a wrong engine mode shortly before the pair collided.

Hamilton had started from pole position but lost the lead to Rosberg at turn one. “I got a good start,” Hamilton told reporters at the track, “he slipstreamed me into turn one, I was on the inside so not great grip there.”

However at the exit of turn three Hamilton closed quickly on Rosberg. He tried to pass his team mate but they made contact and retired.

“I was coming through turn three and then he had a derate,” Hamilton explained, “basically made a mistake and started in the wrong engine settings.”

“Before the start we have to decide what engine setting we’re going to start in and there’s only one that’s maximum power. He hadn’t gone to that, he was in a Safety Car mode or something. He derated at that point so it meant he lost like 180bhp.”

Hamilton said he tried to pass his team mate on the side which offered a larger gap and got partly alongside him.

“There’s a gap there and as a racing driver when you’re going 17kph [10mph] faster you go for the gap which I did. I got my wheel and my wing alongside but I had to avoid a collision.”

Hamilton declined to apportion blame for the collision. “I’m not going to get into it,” he said.

However he offered a “huge apology” to the Mercedes team for the crash.

“When I stopped my heart just sank because there’s 1,300 people in our team who worked so hard for us to be here and this amazing car, this great opportunity. To not deliver for them, it’s honestly undescribable how gutted I was.”

37 comments on “Hamilton: Rosberg was in wrong engine mode”