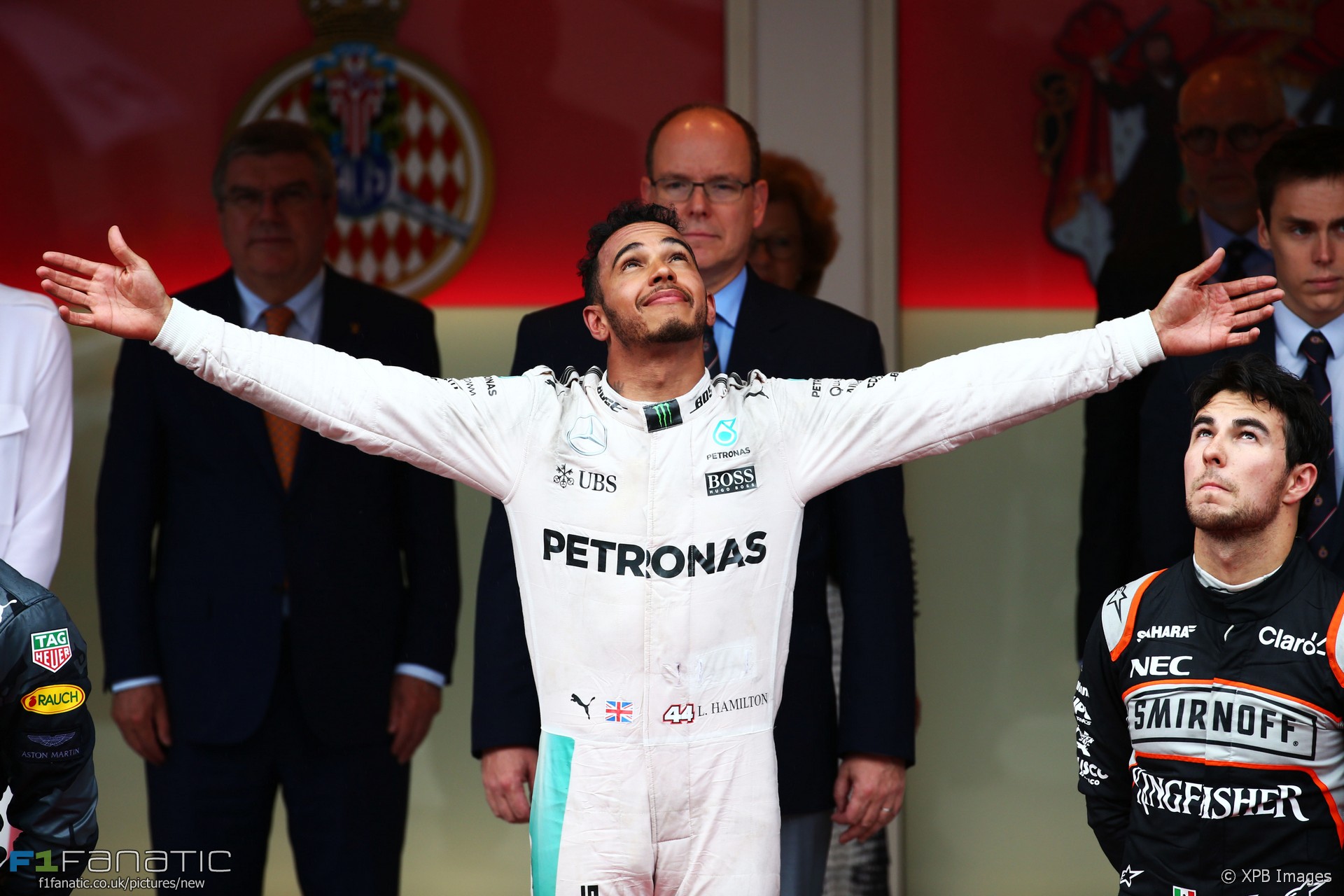 Ten of the best pictures which tell the story of the 2016 Monaco Grand Prix weekend. The FIA relaxed its ban on drivers changing their helmet designs during the season – surely the most petty rule ever conceived – and Felipe Massa was one of several to sport a special design for the Monaco Grand Prix weekend. The artwork was created by OS Gemeos and depicts Massa’s son and wife on the top. After a quiet Thursday Sebastian Vettel propelled Ferrari to the top of the times in final practice. But once again the team struggled in qualifying and he had to settle for fourth on the grid, where he finished the race. Daniel Ricciardo was flying all weekend, the Red Bull RB12 kicking up showers of sparks at the bumpy exit from the tunnel. A pre-race downpour meant the 2016 Monaco Grand Prix began behind the Safety Car. Soon after the race got underway Jolyon Palmer spun his wheels in fifth gear on a painted pedestrian crossing at the start of the lap and crashed heavily, causing huge damage to the front of his Renault RS16. Kimi Raikkonen met the barrier at a lower speed at the Fairmont hairpin. The Ferrari driver incurred the wrath of Romain Grosjean by slowing in front of the Haas driver as he tried to limp back to the pits. McLaren equalled the best result of its new Honda era thanks to Fernando Alonso, who expertly trod between the damp edges of narrow dry line. It was a tough second weekend in the Red Bull for Max Verstappen. Having already hit the barrier at Massenet in practice he came unstuck at the same bend during the race. Prior to that he had made up several places from his pit lane start, which was the consequence of another crash at the Swimming Pool complex during qualifying. An aggressive strategy from Mercedes put Red Bull under pressure and it worked – a slip-up in the pits lost Ricciardo the lead to Hamilton. The pair went wheel-to-wheel as Hamilton held off his rival to the flag.