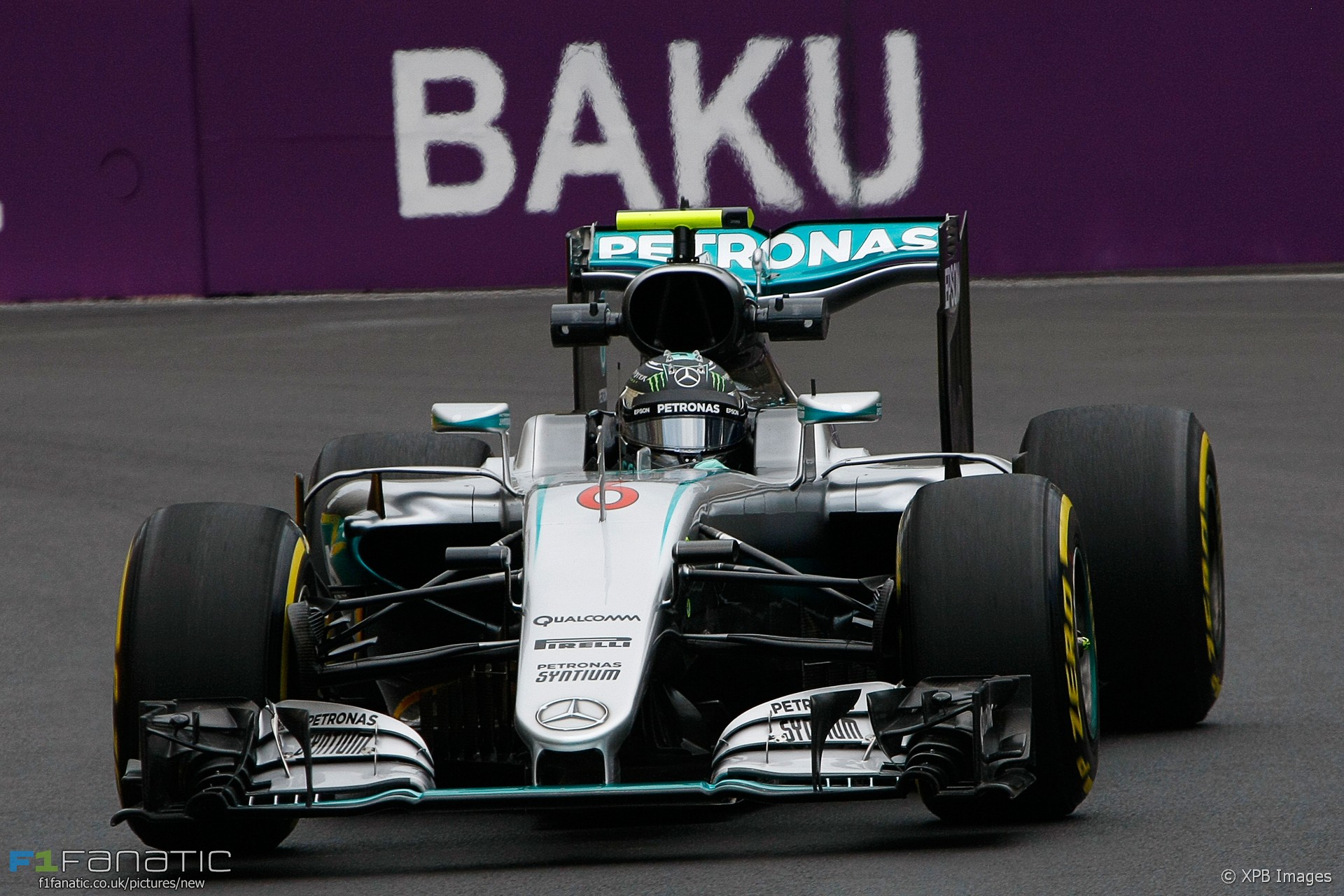 Nico Rosberg took a lights-to-flag victory in the European Grand Prix to increase his championship lead.

He was followed home by Sebastian Vettel and Sergio Perez, the latter taking his second podium finish in the last three races.

Perez was already on course for a podium after Kimi Raikkonen was handed a five-second time penalty for cutting the pit lane entry line, but he passed the Ferrari driver anyway on the final lap.

Raikkonen lost time due to a problem with his power unit settings which Ferrari were unable to assist him with. Lewis Hamilton found himself in the same situation and crossed the line a frustrated fifth.

Valtteri Bottas took sixth ahead of the two Red Bulls. Daniel Ricciardo and Max Verstappen both made an extra, second visit to the pits.

The top ten was completed by Nico Hulkenberg and Felipe Massa.