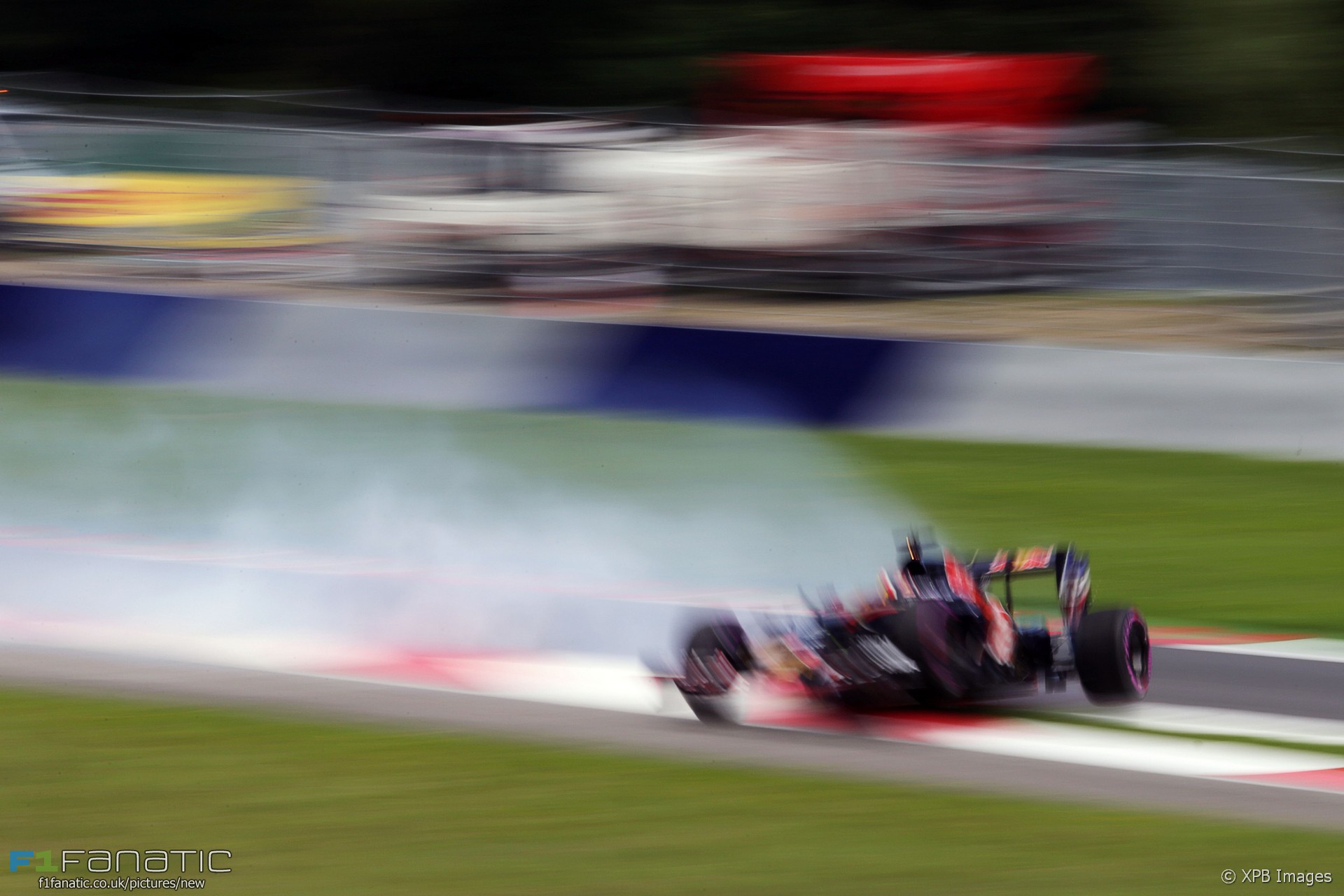 Lewis Hamilton has joined calls for changes to kerbs at the Red Bull Ring following a spate of suspension failures during Saturday’s running.

“For me looking at it… those yellow kerbs look quite dangerous. We’ve now seen a couple of incidences already. I don’t know how many more of those it’s going to take before a car ends up in the wall and perhaps someone gets hurt.”

He continued to press the issue “I’m sure Charlie [Whiting, race director] and the FIA are looking but that’s definitely an area that we can improve. I think the idea’s good ‘cause they don’t want us running wide… but perhaps another solution is going to be needed.”

Large yellow kerbs have been added to several corners on the Austrian circuit this year in an attempt to prevent drivers gaining an advantage by running all four wheels outside the white lines.

Nico Rosberg crashed in final practice due to a suspension failure. He nearly missed qualifying but for a stellar effort from the Mercedes team to rebuild his car.

During the first qualifying session Sergio Perez’s right rear suspension failed as he hit the kerb through turn one, having to nurse the car all the way around the circuit back to the pits. He was unable to continue in the second part of qualifying and lines up in sixteenth position, a long way behind his team mate in second.

In the same session Daniil Kvyat ran wide over the yellow kerbs through turn seven, where Max Verstappen had one of his failures on Friday. The lateral vibration broke the right rear suspension arm, pitching him into a high speed spin towards the barriers down the hill in the final corner. Kvyat emerged unscathed.

66 comments on ““Someone could get hurt”: Hamilton warns over kerbs”