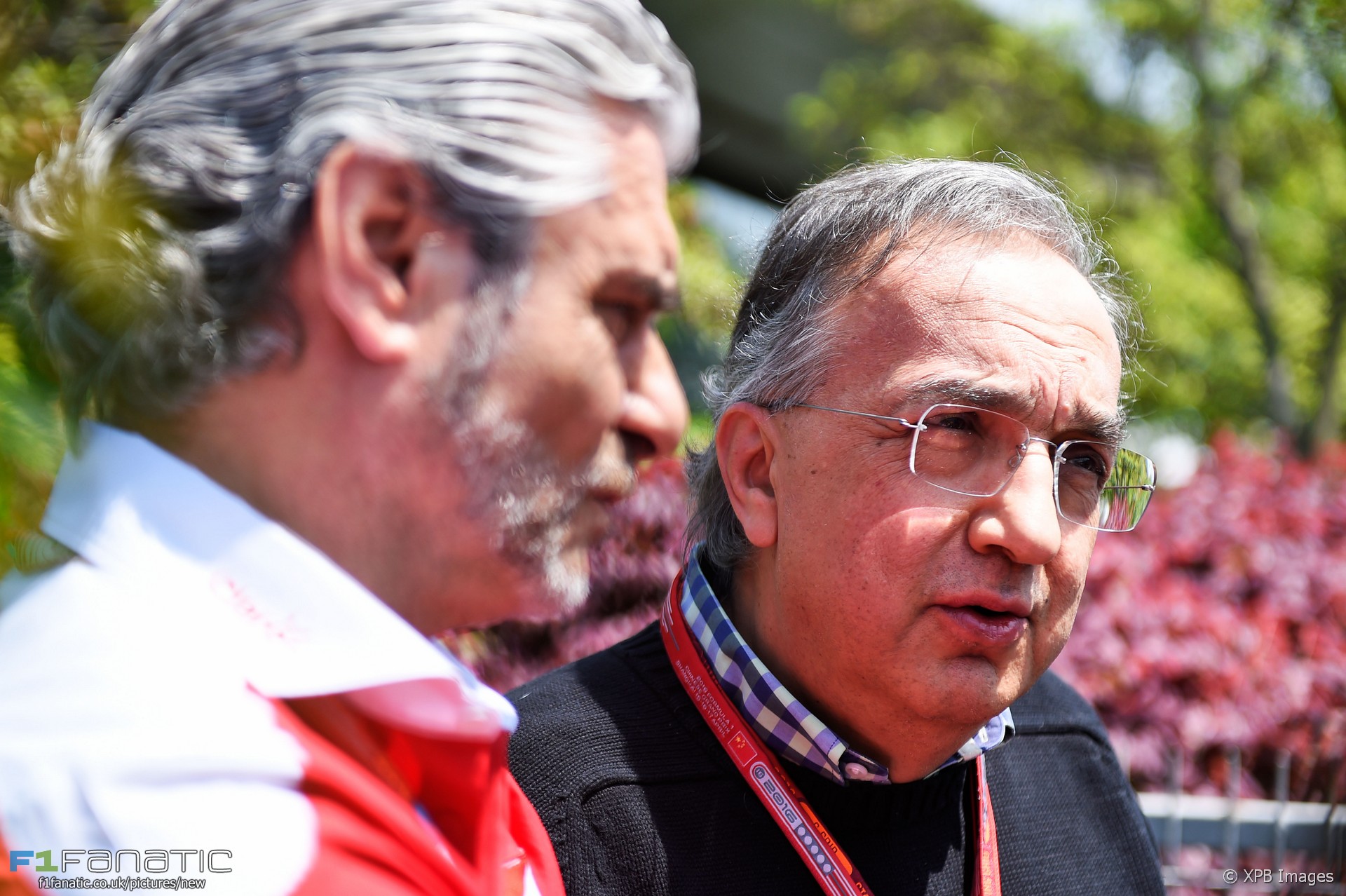 Arrivabene confirmed during today’s FIA press conference the decision to keep Raikkonen came from the top.

“We confirmed Kimi because first of all he deserves it,” Arrivabene confirmed.

“We have two good drivers so that was not an issue for us, so we remove all the pressure from the shoulders of Kimi in taking this decision, that actually was confirmed yesterday in a phone call from the president, and a couple of hours [later] we are with Kimi.”

Arrivabene said the team decided to confirm its driver line-up early to put an end to questions over it and focus on improving their car.

“We confirm Kimi not very soon, because we are in July but normally the tradition of Ferrari it was to do a press release in Monza,” he said.

“We are a new team, we have changed the tradition and we are confirming now because I think we would like to be, as I said, focused and concentrated on car development and not about confirmation or non-confirmation of the drivers. So it’s a message of stability.”

Raikkonen will benefit from having pressure of his contract negotiations taken away, Arrivabene added.

“Relating to the pressure, you know better than me that in the last three or four races every time that Kimi was sitting in a press conference somebody would ask what about his contract, what about your contract?”

“I asked many many times for a bit of respect for a driver that was a world champion with Ferrari. I know that his nickname is Iceman but he’s a human being.”

“Sometimes in Formula One we need to be conscious that we are talking, not with cars because actually the computer talks with the car but the cars are driven by human beings so even Iceman is a human being with his emotions and I think he could feel the pressure.”

35 comments on “Arrivabene: Marchionne made call to keep Raikkonen”