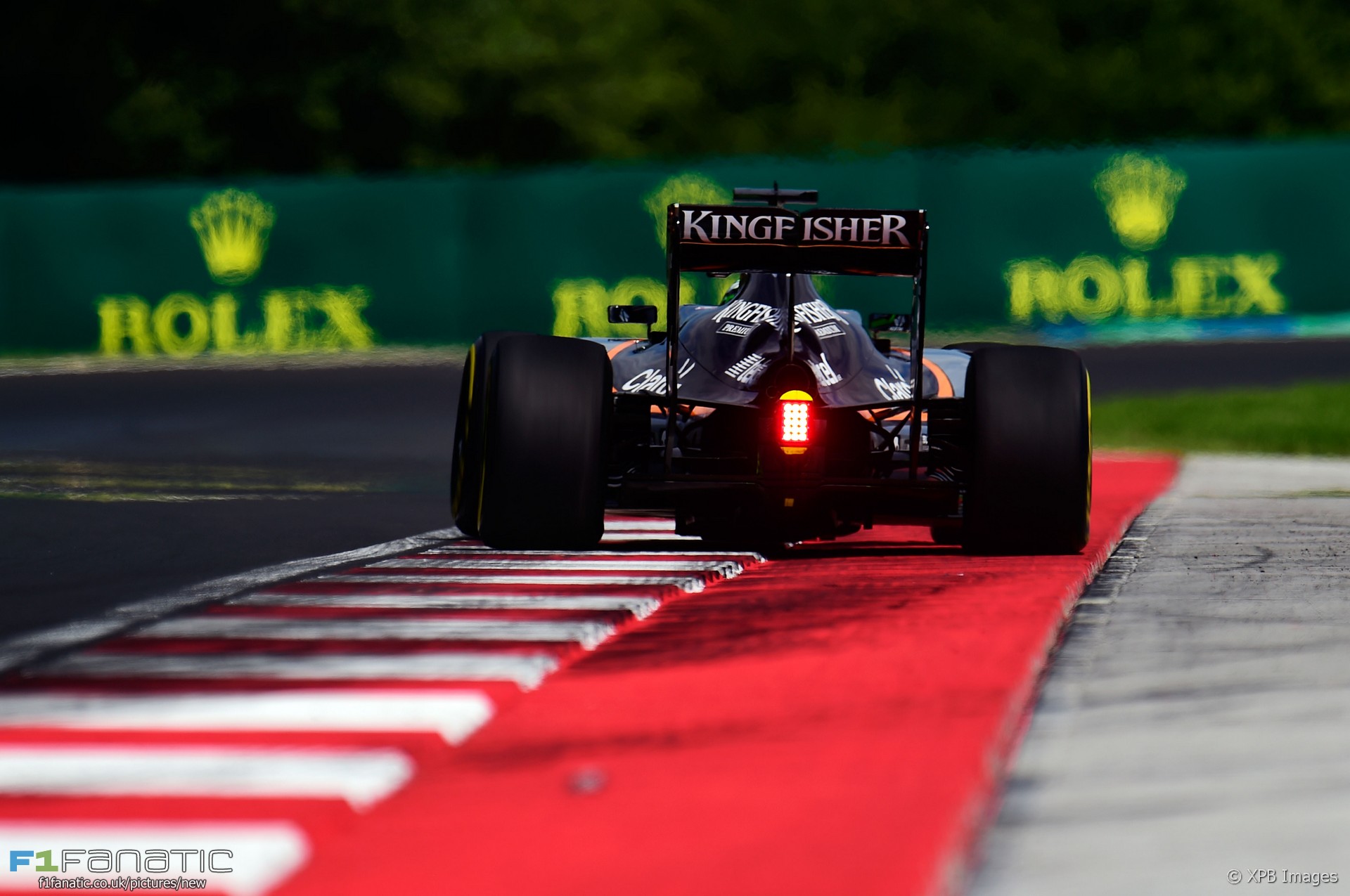 The FIA has confirmed the approach that its stewards will take to drivers exceeding track limits for the rest of the Hungarian Grand Prix weekend.

Race Director Charlie Whiting announced in a note to teams that he and the stewards will be taking a ‘zero tolerance’ attitude to drivers exceeding tracks limits in turns four and 11 in qualifying and will be adopting a four strikes rule during the race.

The stewards will make use of a sensor system installed on a number of corner exits to record drivers exceeding track limits, but have confirmed there will be a 20cm tolerance until drivers will be recorded as having exceeded the limits of the track. There will also be concessions made if drivers are forced off track for any reason outside of their control.

The full notice from Charlie Whiting to the teams is as follows:

Further to the discussion in the drivers meeting yesterday evening I would like to confirm that:

a) We will be adopting a ‘zero tolerance’ approach to cars leaving the track at turns four and 11 during qualifying. Please note that this will be judged by the use of timing loops in the kerbs and, to ensure that we see no false crossings, we would like to make it clear that the loops are set up to register a crossing when a car is approximately 20cm beyond the white line. Every lap time achieved by leaving the track will be deleted in accordance with Article 12.3.1d of the Sporting Code.

b) During the race, and in accordance with Article 27.4 of the Sporting Regulations, any driver who is judged to have left the track three times at these corners (when counted cumulatively) will be shown a black-and-white flag. One further crossing will result in a report being made to the stewards for not having made every reasonable effort to use the track. As discussed, this is likely to result in a driver-through penalty for any driver concerned.

However, if we are satisfied that a driver left the track at these points for reasons beyond his control – having been forced off the track, for example – lap times will not be deleted during qualifying, nor will such a crossing be counted towards a driver’s total in the race.