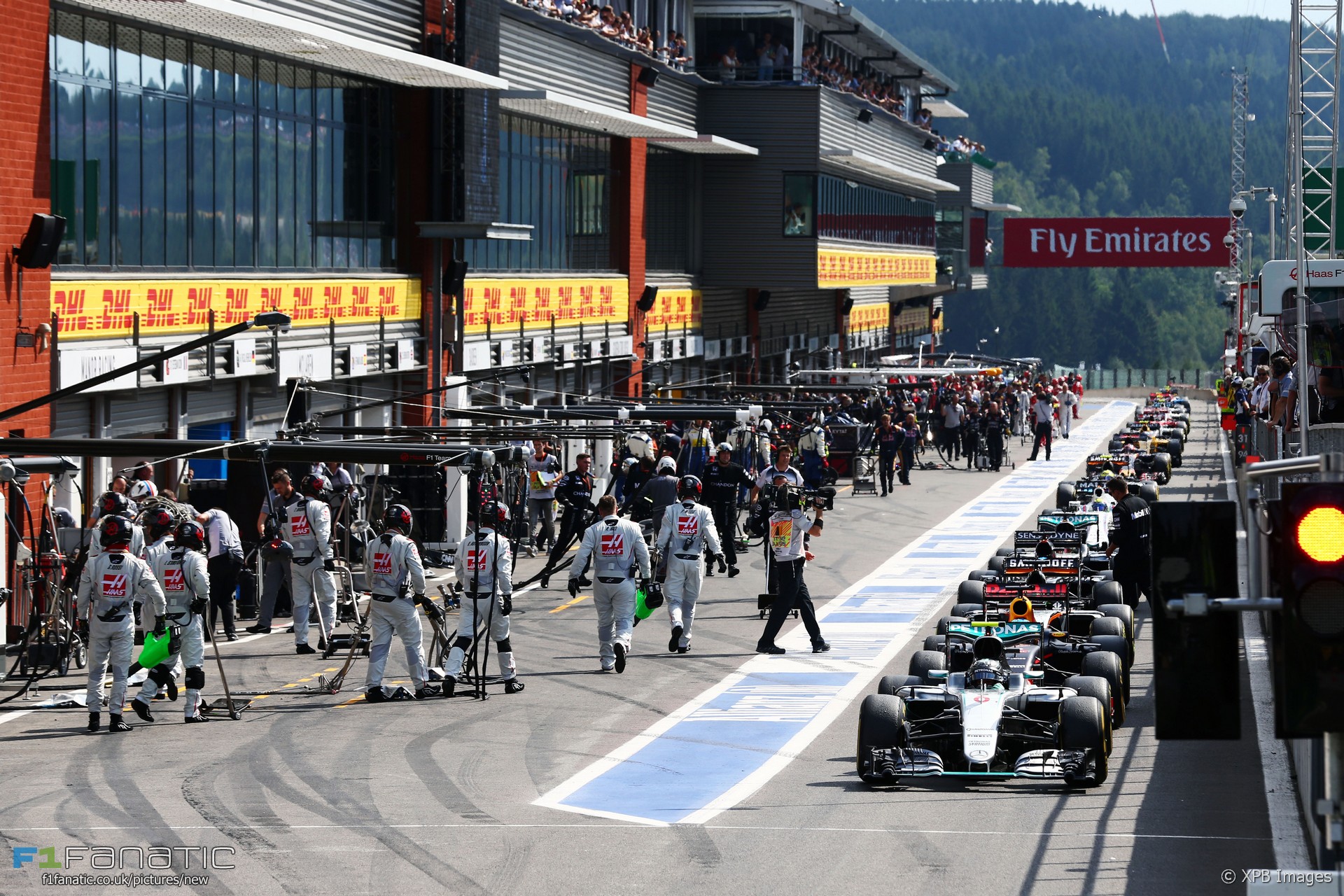 The stoppage during the Belgian Grand Prix handed some teams the chance to gain an advantage by making a ‘free’ tyre change. However only a handful of them took advantage of the opportunity.

All three podium finishers were able to do so and Fernando Alonso also used the stoppage to make one of his tyre changes. That put him in a stronger position later in the race, allowing him to take seventh position.

However the Force India pair both made their pit stops during the Safety Car period before the race was red-flagged, perhaps not expecting the race was going to be red-flagged. This was a setback for Nico Hulkenberg, who had run in second place early on but fell to fourth behind Hamilton.

Williams were back on top as the quickest team in the pit lane, producing the two fastest pit stops of the race for Valtteri Bottas.