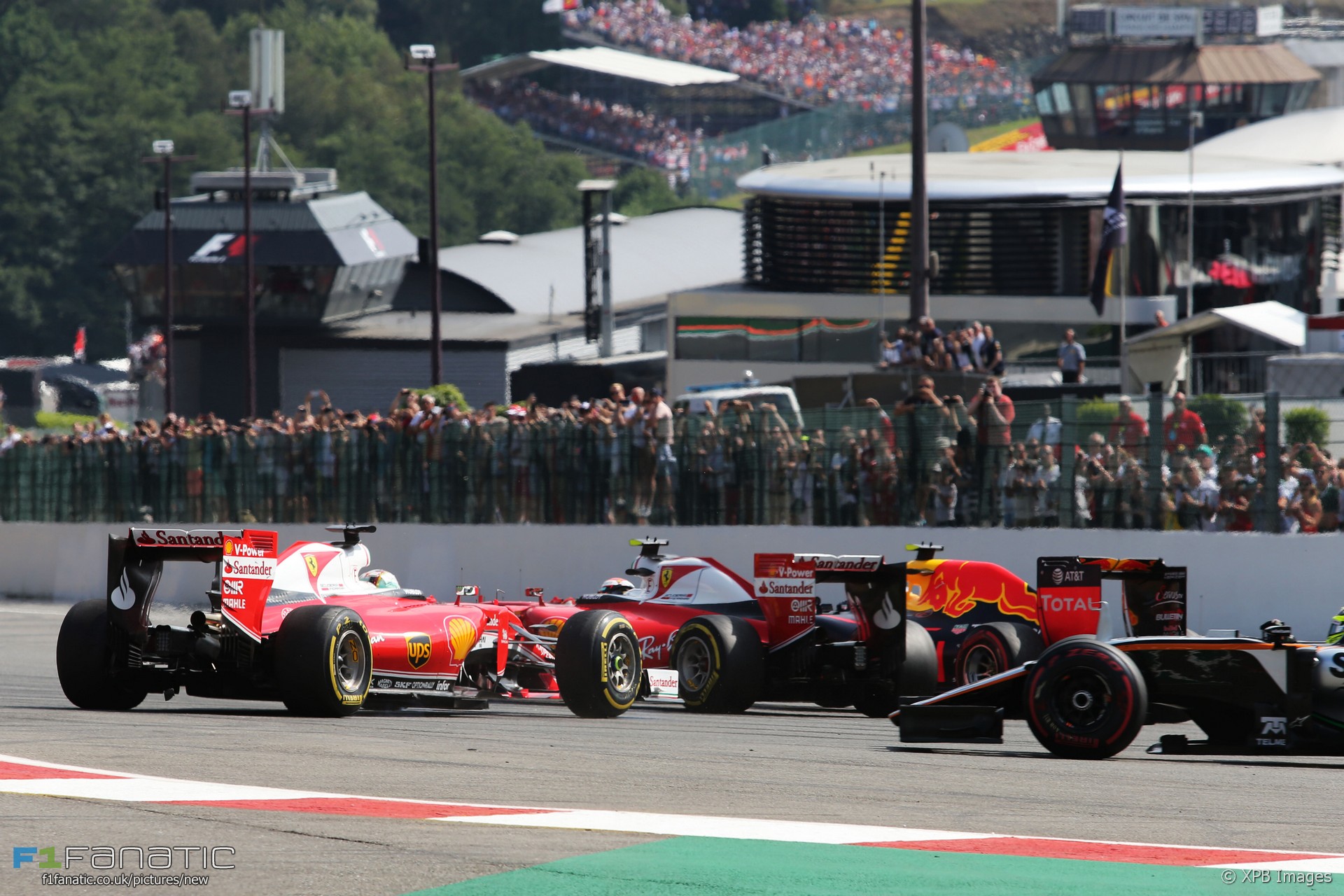 Sebastian Vettel says he feels that the blame for the first corner contact between him and team mate Kimi Raikkonen is on Max Verstappen.

After both Ferraris passed Verstappen on the run to La Source, the Red Bull driver attempted to pass Raikkonen on the inside, with the Ferrari driver having no room to avoid contact with his team mate on the outside.

The resulting spin forced Vettel to fight from the back over the course of the race, ultimately finishing sixth at the chequered flag.

“Obviously I had a brilliant start, I was P2, I had half a car ahead, so I dictate,” explained Vettel to reporters after the race.

“I could hardly see Kimi. He was in the blind spot and I don’t think what Max (Verstappen) was trying to do was going to work. Obviously he didn’t allow Kimi to move to the inside and allow both of us to clear turn one in a normal manner. Then we all touched and collided and that was obviously bad news for especially us two but, with hindsight, all of us.”

The race stewards did not deem the incident to be worthy of investigation and neither Verstappen nor Vettel was punished for the contact. Vettel believes that there are lesson for Verstappen to learn from the collision.

“I think we’ve seen in the last couple of years that if you try to dive down the really, really inside the track is falling off and you basically go straight,” Vettel says. “The cars ahead have priority – something that I think he needs to understand – and in that regard there was no way he could make the corner without contact.”

It was the second time this season that the two Ferraris had made contact during the first corner of a grand prix after an attempted pass by a Red Bull driver, after a move by Daniil Kvyat in China resulted in a similar collision. Vettel says he does not believe the Ferrari drivers need to change their approach to race starts.

“I don’t think we need to change what we’re doing,” says Vettel. “We respect each other.

“With hindsight, knowing now, it’s easy. I leave a little of room and I get away with it but Kimi probably doesn’t because Max was touching him anyway. So I think you can see there that that line just didn’t work today. But obviously it’s a shame when two cars of the same colour touch.”

83 comments on “Vettel blames Verstappen for turn one collision”