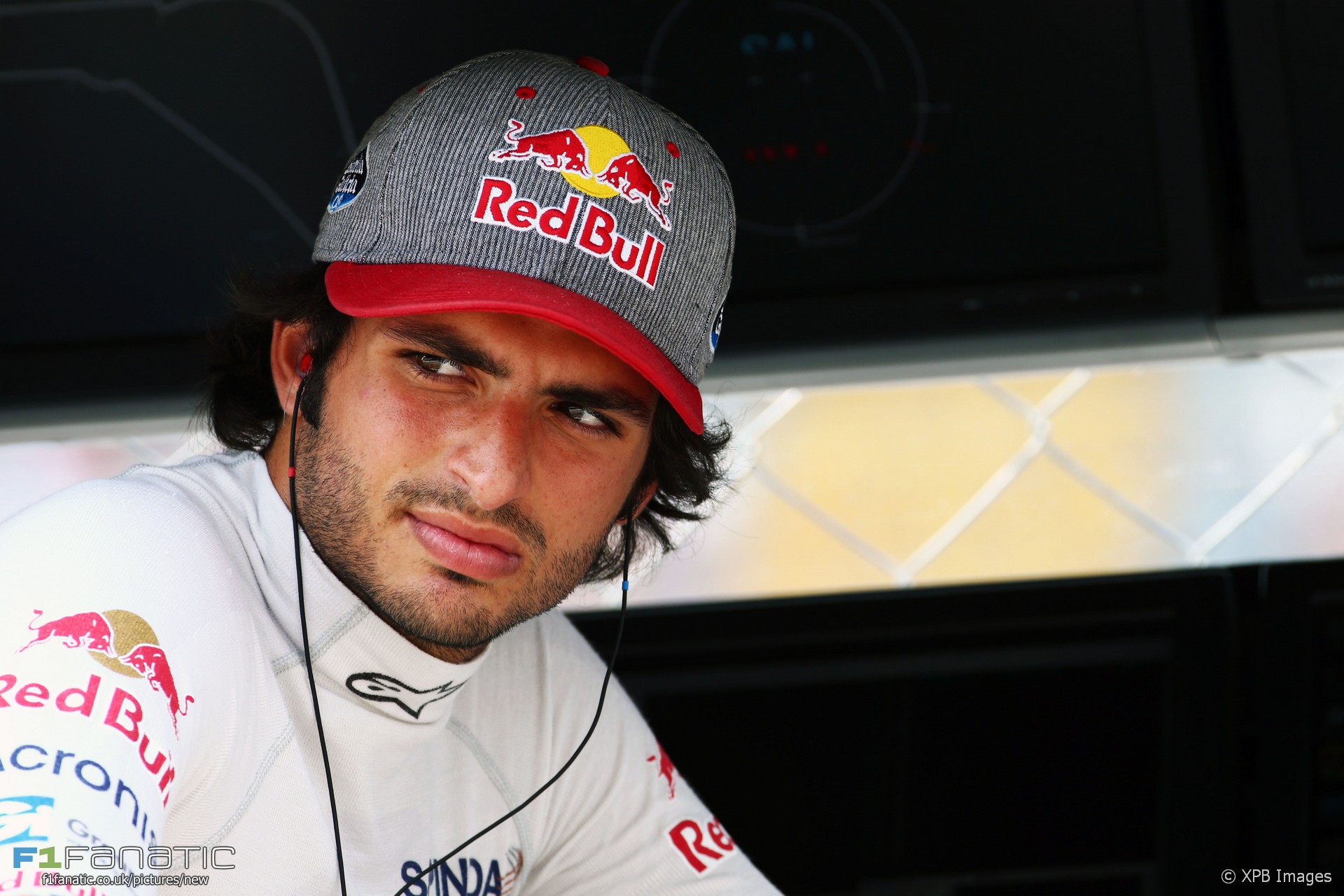 Drivers will have to increase their training programmes to cope with the higher-downforce cars, which will be introduced in 2017, according to Carlos Sainz Jnr.

Speaking in today’s FIA press conference Sainz said “it’s not a secret we will need to do a step in our physical condition for next year”. He pointed out significant gains in performance have already been made at some tracks this year.

“Already [in] Malaysia this year we were in qualifying nearly as fast as the lap record,” said Sainz. “The race, because of the Tarmac change, was three to four seconds per lap quicker than last year and you could already feel it.”

Sainz says he hopes the increase in speed next year means the driver plays a bigger role in the car’s overall performance.

“It’s a challenge that I always welcome,” he said. “At the end it means OK, more time in the gym, more time on a bike – but it means that also in the race a physical limitation comes into play and it’s where you can make the difference. So, I will welcome it.”

“Also the challenge of driving a faster car is always more difficult, always more selective with drivers, so it can only do good for Formula One.”

Kimi Raikkonen says it isn’t clear yet how much difference Pirelli’s new tyres will make after testing an early version of them.

“There’s nothing to really compare, apart from some lap time from the previous race there or testing, but obviously the conditions are different.”

“There’s a bit more grip but to be fair it’s very early days for Pirelli’s new tyres, so I think we are only going to really see what we have once we have the proper cars next year and the tyres in the first test and the cars are far from what they will be next year, what we’re using in testing.”

“I think it will be faster, but how much and how it’s going to be, how the car is and the tyres together, it’s too early to say.”

One comment on “Drivers need to train harder for 2017 – Sainz”