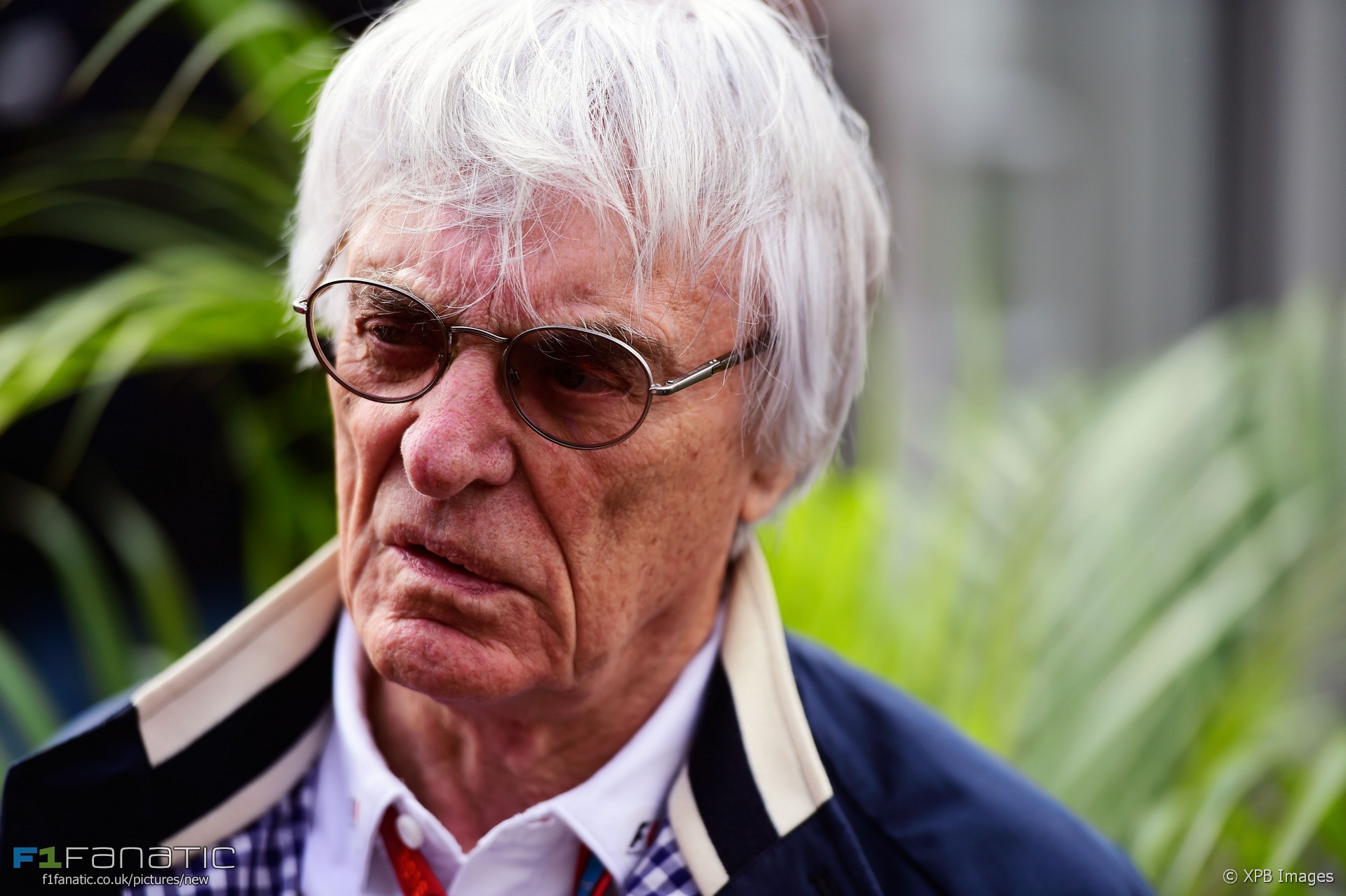 In the round-up: Bernie Ecclestone’s departure from Formula One could happen within a matter of days as Liberty are poised to place new figures in charge.

Bernie Ecclestone could step down as F1 chief this week (BBC)

"Ross Brawn, the former Mercedes team boss and Ferrari technical director, is expected to take up a role in charge of relations with the teams on the sporting and technical side."

McLaren F1 CEO Zak Brown: next year will be a 'game changer' for the brand (Autocar)

"We’re already working hard but, to the naked eye, there may be relatively little progress through 2017. But next year should be a game changer for us."

"I'm more concentrated on the 24 Hours of Le Mans, it's the first goal, because on the track I feel better, so maybe when I will stop with the bike we can have time."

"We are more likely to introduce a limited windscreen rather than that halo."

"Everything that could have been thrown my way has been, in terms of driving a difficult car and maybe being undervalued."

"You know there are rumours every year that some races will drop out, some races will add in. I cannot go by rumours right now. We have a ten-year contract, but a five-year break clause, to renegotiate."

Great night with #F1 gals past & present at the annual FOM (Friends of Murph) dinner to remember Johnboy Walton pic.twitter.com/qu5fryXDZy

Mokpo was the optimal location for a Korean GP & the attendance figures were the highest ever recorded. Period. #seanspicertruths pic.twitter.com/cqR4X7aIon “I don’t know Valtteri, Donald Trump just tweeted that you joining Mercedes is a total lie fabricated by the media.”
Justin (@Vivagilles27)

Once again we had lots of great suggestions so a big thanks to everyone who joined in and special mentions to Tom L, Hahostolze, Nick Wyatt, Schooner, JungleMartin and Alistair.

Benetton launched their 1997 car, the B197, 20 years ago today. It turned out to be their final race-winning chassis.

70 comments on “Ecclestone tipped for F1 exit this week”