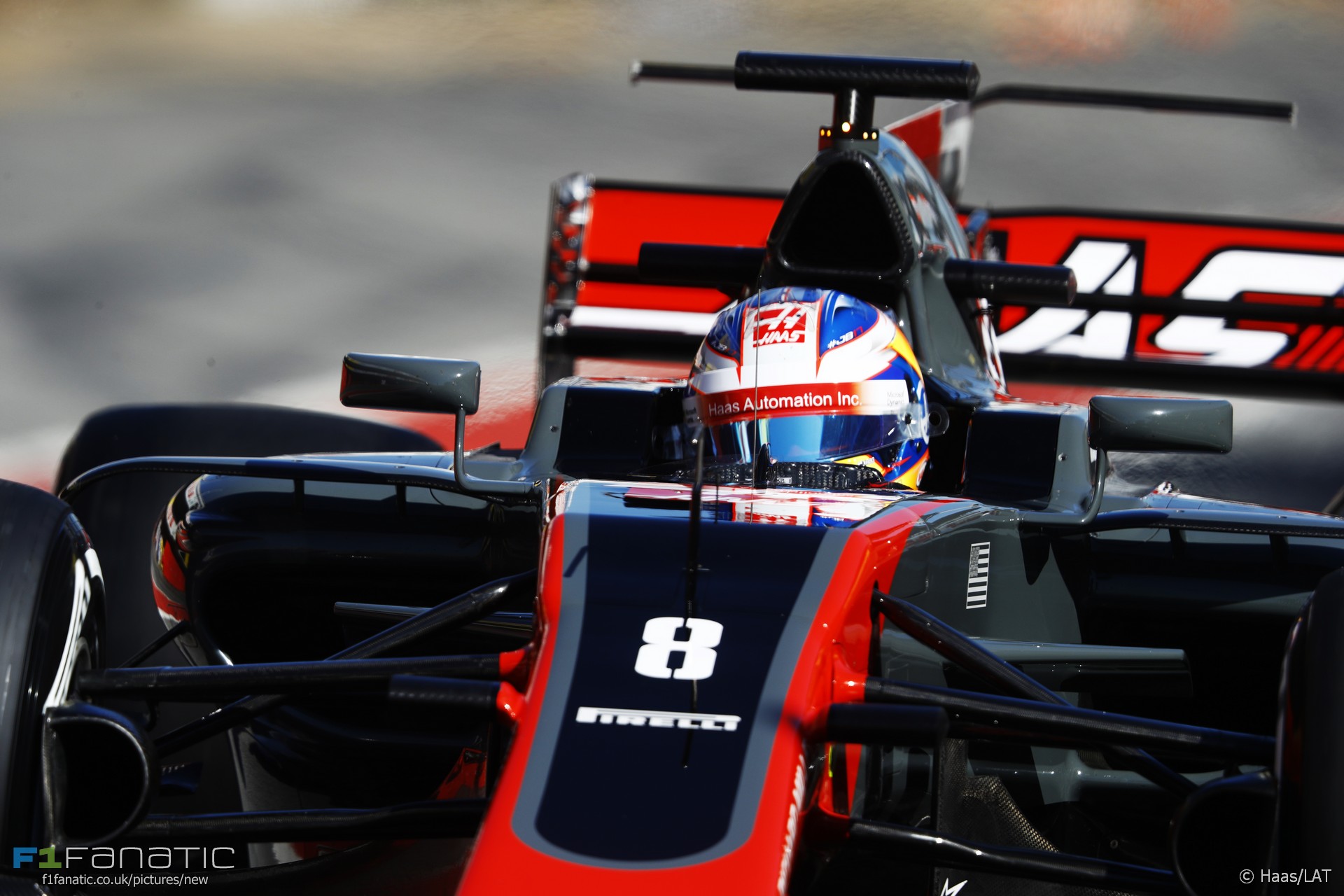 Romain Grosjean has said Formula One’s new generation of cars aren’t as physically demanding to drive as was feared.

The combination of increased downforce and more durable tyres has increased the strain on drivers but not as much as expected, Grosjean explained.

“I didn’t feel too bad,” said Grosjean when asked about pre-season testing. “But let’s put it this way, if I’d been in the same condition as I was last year, I would have been destroyed.”

“We pushed really hard in our training. We may actually have overdone it. It’s not as bad as we thought it would be.”

“The cars are going to be challenging and some of the races this year are going to be epic, especially where it’s warm with a high-speed track, it’ll be very hard on the body. I like the challenge and I like to think that we can always get more prepared and better trained. It felt good as we did the proper training. The cars are much harder to drive than last year.”

Grosjean also revealed the team is yet to explore the limits of its 2017-specification Ferrari power unit.

“It felt pretty good,” he said. “Ferrari has made a good step. The drive-ability was very good.”

“We haven’t yet had qualifying maximum power, which you only get at the racetrack, but I’ve got a good feeling that this engine is going to be nicely pushing us on the straight.”

The VF-17 is “a pretty sexy car” said Grosjean. “”It’s got a lot of potential which we haven’t unlocked yet.”

“It’s a good baseline, though, and so far it feels pretty good to drive. There are a few things I’d like to improve and make better for the first few races, but I think it’s a car that should give us some good races.”