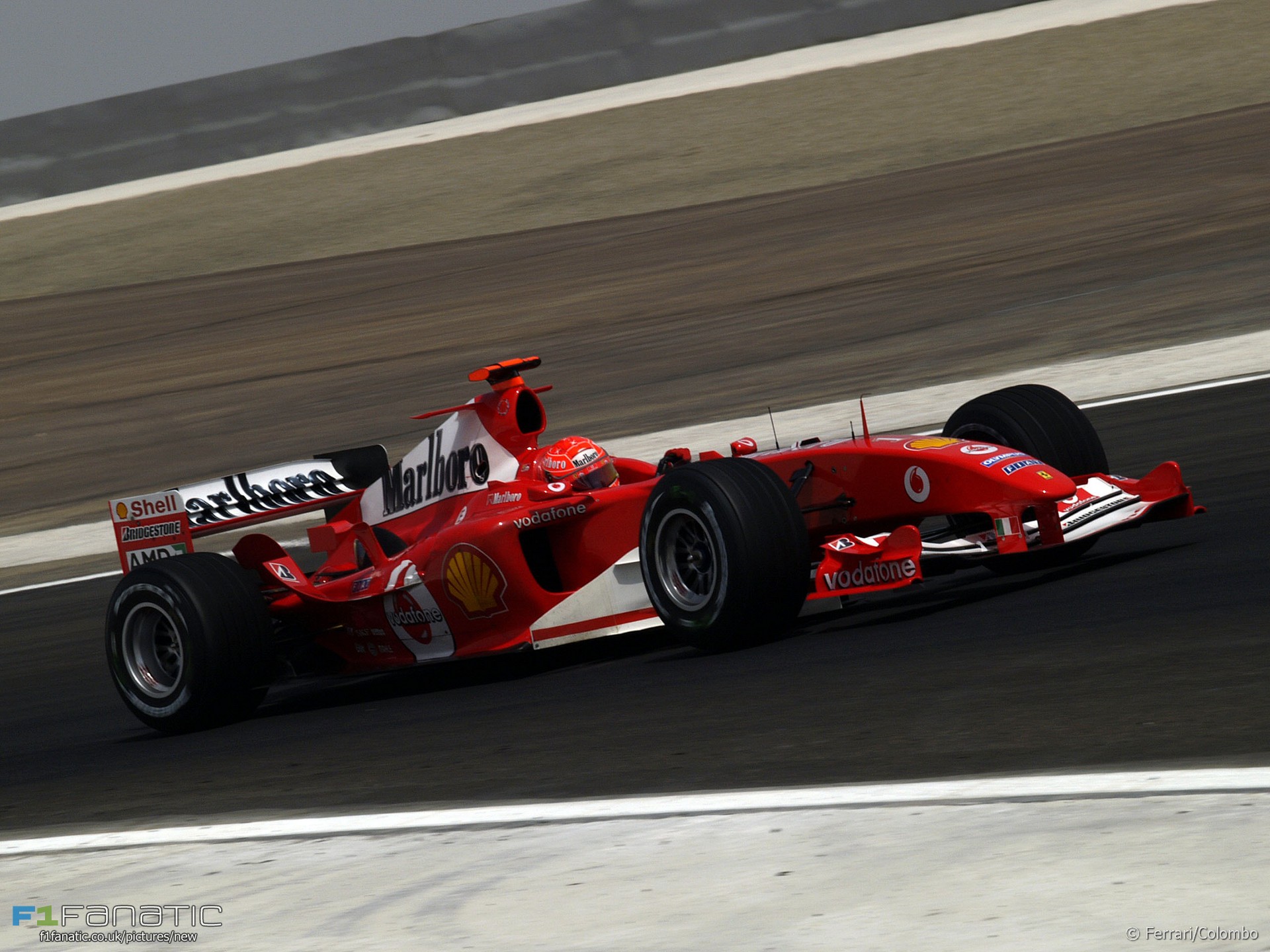 With two wins and a second place from the first three races of the 2017 F1 season, Sebastian Vettel has made the best start to a championship for a Ferrari driver in 13 years.

Not since Michael Schumacher swept to victory in the first three races of 2004 has Ferrari been in with this good a chance of one of its drivers taking the title after three races. Schumacher’s third win came in the first ever Bahrain Grand Prix and he went on to win the next two races as well.

Vettel notched up the 44th victory of his career and his third in Bahrain. He is now tied with Fernando Alonso as the most successful driver in this race. They have both contributed to Ferrari’s five wins at this track which is the most of any team, two more than Mercedes. This was their first since Alonso’s in 2010.

Meanwhile the driver of car 44 took the 33rd fastest lap of his career. But he was beaten to pole position by his team mate in number 77.

Valtteri Bottas became the 98th different driver to qualify on pole position. This is a slightly rarer achievement than winning a race, which 106 different drivers have done. He joins Nico Hulkenberg as the only other driver in F1 today to have started a race from pole but never won one.

The last Finnish driver to start a race from pole position was Heikki Kovalainen in the 2008 British Grand Prix. A Finn also started the previous race from pole: the 2008 French Grand Prix was Raikkonen’s last start from the sharp end.

That was Raikkonen’s 128th grand prix start. Last weekend was his 254th, so if he doesn’t take pole at Sochi or the Circuit de Catalunya he will have gone without a pole for the last half of his career.

Bottas continued his 100% record of out-qualifying his team mate in Bahrain and ended Hamilton’s run of six consecutive pole positions, which he began last year. The all-time record remains Ayrton Senna’s eight poles in a row, but Hamilton came close to beating it. Had Nico Rosberg not out-qualified him by 0.013 seconds at Suzuka last year, and Bottas by 0.023 seconds on Saturday, this would have been Hamilton’s record-breaking ninth pole in a row.

Mercedes continued their run of consecutive pole positions, reaching 18 in a row. That leaves them five short of their previous best and six behind the all-time record, set by Williams from 1992 to 1993. It was also the 30th consecutive race featuring at least one Mercedes on the front row.

For the third race running, drivers from five different teams were eliminated in Q1. None of them drove for Renault, who got both their cars into Q3 for the first time as a team since Belgium 2015 (as Lotus). The last time two Renaults appeared in Q3 was the 2011 Korean Grand Prix, when Bruno Senna and Vitaly Petrov were the team’s drivers.

Renault’s Jolyon Palmer made it into Q3 for the first time in his F1 career. However he remains one of four drivers who entered every race who haven’t out-qualified their team mate yet. The others are Raikkonen, Stoffel Vandoorne and Lance Stroll.

It’s been a tough but brief first three races for the Williams driver. Stroll has done fewer racing laps in three grands prix than Pascal Wehrlein has in one. The highest position he’s occupied in a race is 13th, but team mate Felipe Massa has run higher than that in 145 of his 169 racing laps so far.

Stroll is yet to see the chequered flag as well. The same goes for Fernando Alonso, though he was at least classified when he retired his car on Sunday. Whether his MCL32 was healthy enough to complete the final laps is another matter.

Alonso made headlines ahead of the race by announcing his plans to compete in the Indianapolis 500. He hasn’t managed 500 racing miles at the wheel of his McLaren yet: he totalled 737.551 kilometres (458.268 miles) over the first three races of the season.

Both Force Indias did reach the finish and did so in the points. Sergio Perez took his 13th points finish in a row, giving him one of the longest streaks of any driver whose never won the championship. Daniel Riccairdo’s 17 in a row ended when his car broke down in Australia. Perhaps more impressively, Carlos Reutemann managed 15 in a row back when points were only awarded down to sixth place.

Esteban Ocon took his third points finish in a row, all of which have come from tenth place. That is at least preferable to the record of another Esteban, Gutierrez, who ended last year point-less having finished eleventh five times.

Eleventh place was taken by Pascal Wehrlein yesterday as he made a successful return from injury which included out-qualifying his new Sauber team mate Marcus Ericsson by more than half a second. His race pace was not as quick as he was the only driver to run a one-stop strategy. However he demonstrated consistency by setting the same quickest time on two different laps.

Finally, Vettel obviously feels he spends most of his press conferences stating the obvious, as he used the word “obviously” no fewer than 14 times in Sunday’s official media briefing. This seemed worth pointing out. Obviously.