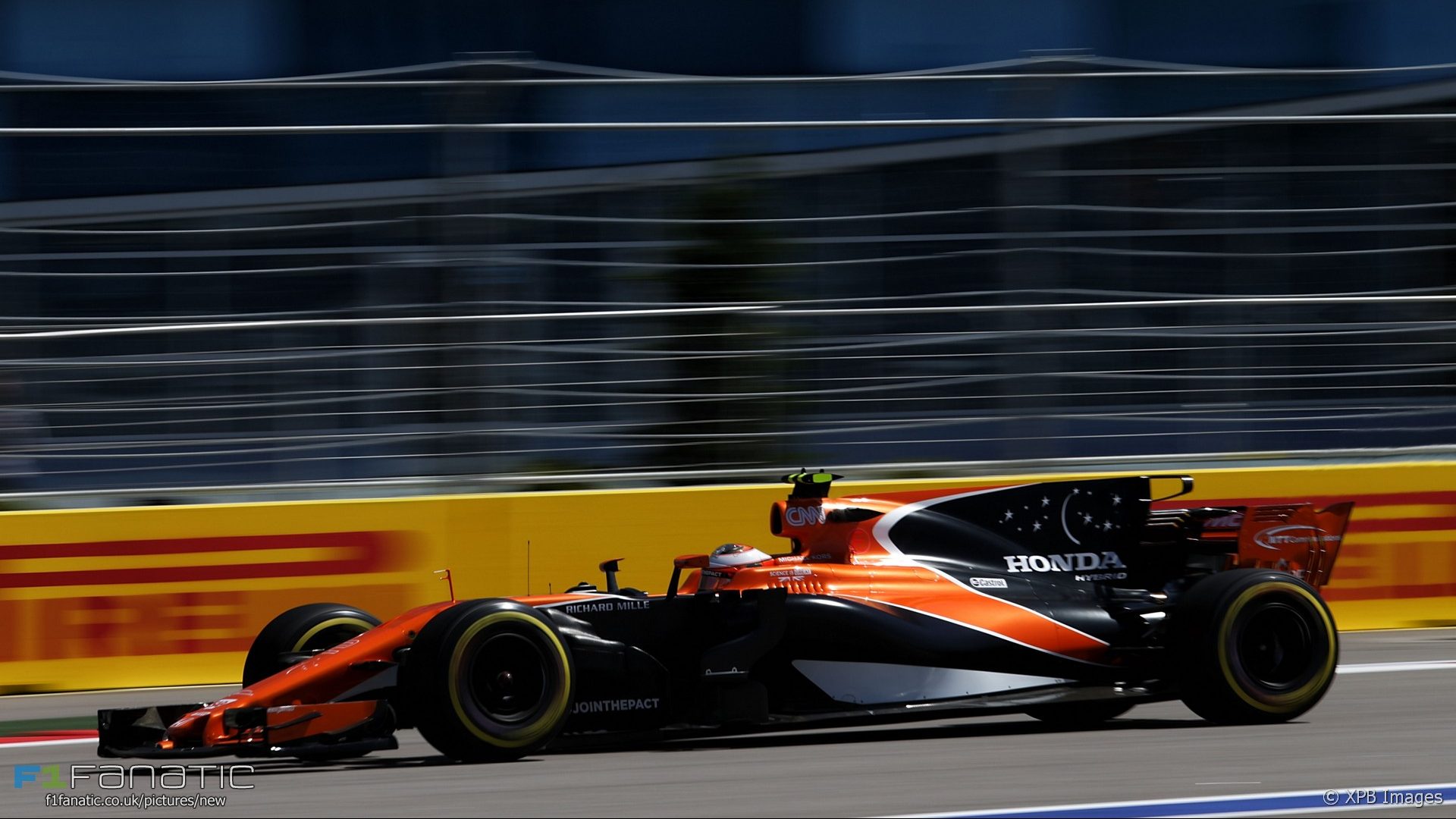 Stoffel Vandoorne will become the first driver this year to receive a penalty for changing parts of his power unit.

The McLaren driver will take his fifth Honda turbocharger and MGU-H this weekend. Drivers are allowed to use a maximum of four during the season without a penalty.

Vandoorne will therefore receive a ten-place and a five-place grid penalty, moving him back a total of 15 places on the grid. “It was really only a matter of time before we got a penalty since the start of the season has been tough for us,” he said.

“Today was a tough day but you have to try your best to move on from it. There’s nothing much we can do about the situation we’re in at the moment. Still, let’s hope some improvements will come soon.”

Fernando Alonso is also on his third turbocharger and MGU-H in the team’s other car.

Ferrari pair Sebastian Vettel and Kimi Raikkonen are also nearing the point at which they may incur penalties. Both have started using their third turbochargers this weekend.

26 comments on “Vandoorne to get first power unit change penalty”