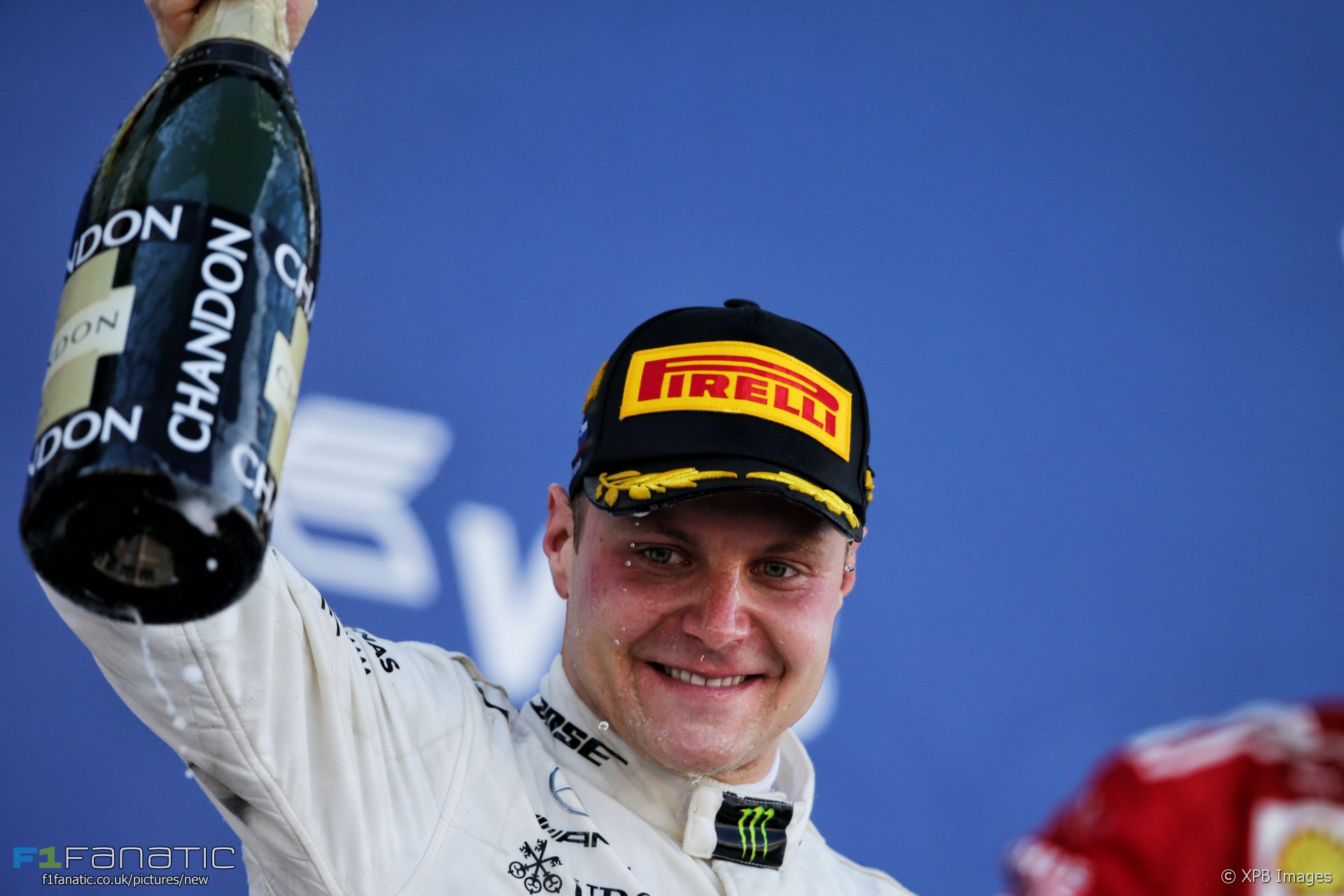 Valtteri Bottas says his first grand prix victory proves what he is capable of following his disappointments in the last two races.

The Mercedes driver resisted strong pressure from Sebastian Vettel in the closing laps of the Russian Grand Prix to win.

“I think this weekend I performed well,” Bottas told reporters. “I guess the team is happy with the performance this weekend.”

“The first few races haven’t had quite my best results for different reasons but the team knows exactly where my performance is. I never doubted my skills and I’m just keen to prove more in the next few races.”

Bottas started the previous race from pole position but struggled for pace with high tyre pressures. At the preceding round in China a spin during a Safety Car period compromised his day.

He said it was “difficult to explain” his emotions after becoming a grand prrix winner. “It’s a little bit surreal.”

“It’s the first one and all the work that has gone into achieving this is amazing. Now I’ve got my first, hopefully the first of many. Now I know how to do it in Formula One. Just very thankful to the team for making it possible. It was a tough race with Ferrari again today but we managed to keep in front.”

Having taken the lead at the start, Bottas kept clear of the Ferraris until the final stint, when Vettel caught him quickly.

“The last ten laps I was asking for radio silence from the team,2 he explained. “Just wanted to be more like home – nice and quiet. So that helped, I could focus on the driving itself.”

“There was not much going on really, just trying to get the most out of every single lap. The main thing was the backmarkers, getting through traffic, not losing too much time or having any accident with them.”