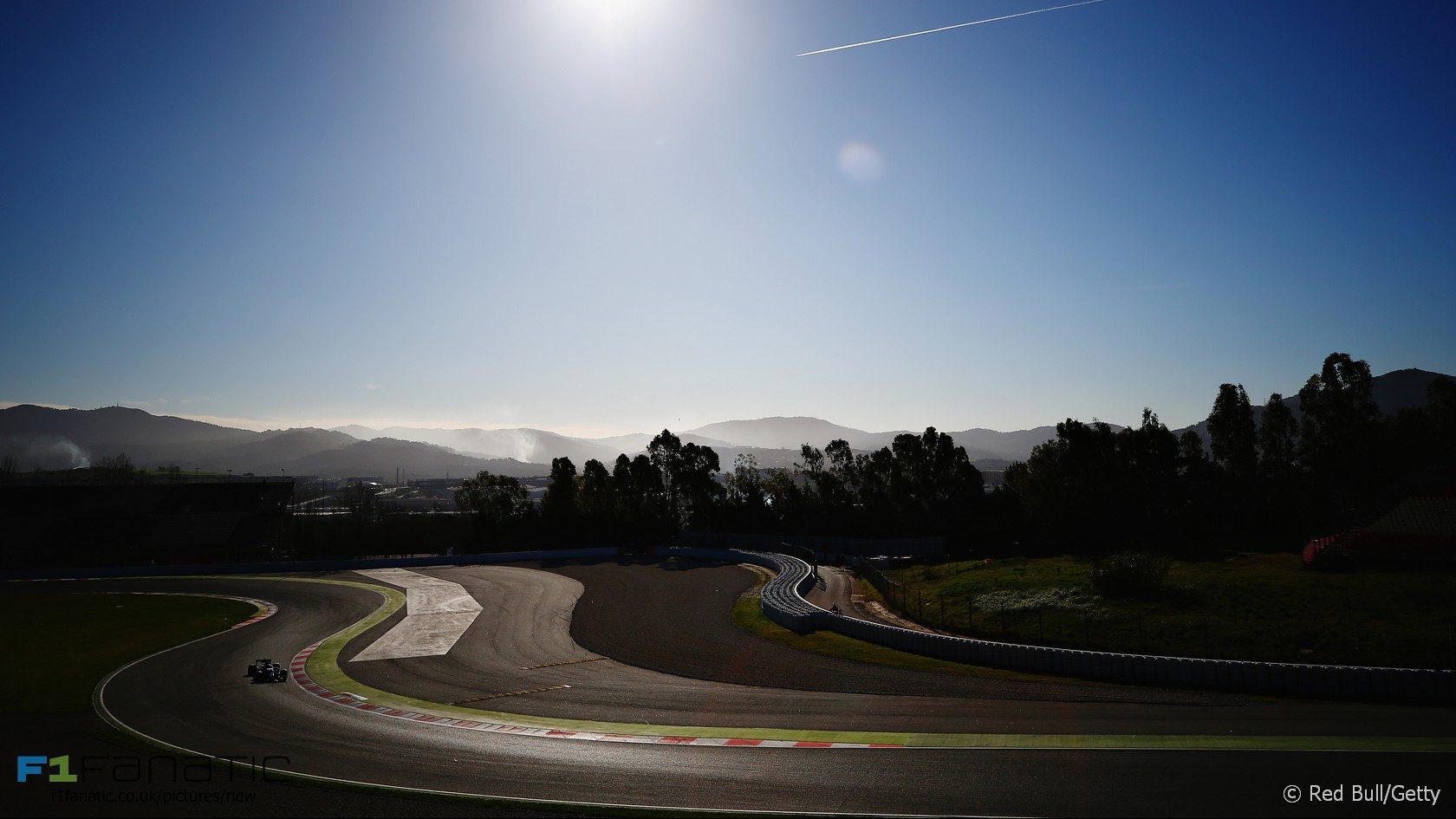 Rainy weather has greeted teams on the final day before track action begins for the Spanish Grand Prix. But three days of dry running are expected.

Showers and thunderstorms are the order of the day on Thursday but conditions should clear up tomorrow with air temperatures reaching 24C under cloudless skies on Friday.

Qualifying on Saturday should reveal whether F1 has hit its target of making the cars five seconds per lap quicker. Dry conditions are expected again with a touch of cloud cover taking the edge off the track temperature.

Pirelli has brought its hardest tyres to this high-speed track in case of severe temperatures. But with race expected to be cloudy and air temperatures again in the mid-twenties, they shouldn’t be needed.

In similar conditions last year track temperatures peaked at 42C during the race. Max Verstappen used a three-stop strategy to win the race ahead of Kimi Raikkonen. Their team mates pitted three times and fell behind them as a result.

There is a small chance of a light shower some time on Sunday afternoon but the chances of it having a significant effect on the race are not high. The Circuit de Catalunya can be prone to gusts of wind and that will remain the case this weekend.

2 comments on “Rain should clear for Spanish Grand Prix weekend”