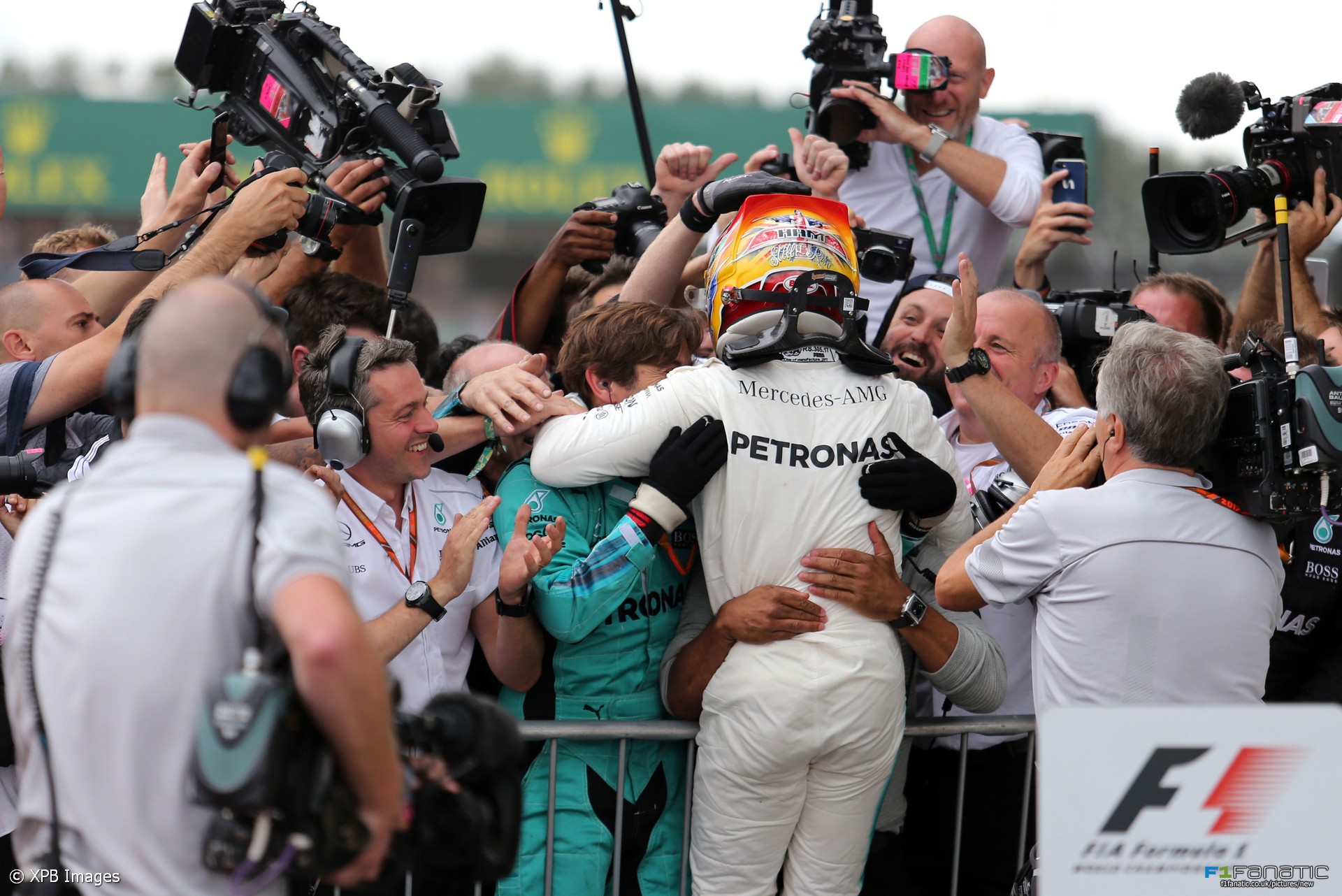 Lewis Hamilton says taking pole and victory at the British Grand Prix amounts to the ‘perfect weekend’ for him and Mercedes.

Hamilton dominated the race, leading every single lap to take his fourth consecutive British Grand Prix victory and the fifth of his career.

Speaking on the podium after cutting the deficit to Sebastian Vettel in the drivers’ championship down to just one point, Hamilton thanked the Silverstone crowd for their support.

“The feeling, I can’t really describe,” Hamilton says. “It feels amazing to be up here. The support this weekend has been immense and I’m really proud that I could do this for you all. Thank you so much for all your support. It’s the perfect weekend for us.”

After starting from pole position, Hamilton held off Kimi Raikkonen at the start and settled into a rhythm that saw the Ferrari driver unable to challenge him for the lead.

“I didn’t make any mistakes, I had a good, solid start,” explains Hamilton. “After that, just managed the car. Managed the balance. Fantastic pitstop. So I really can’t find a fault at the moment.

“I think the team did an exceptional job this weekend. Valtteri [Bottas] obviously drove a stormer today. It’s a very unique and unusual scenario with Valtteri and I. I’m purely happy for him. I think it’s also the way he is towards me. So that’s great to have as a team.”

Hamilton was handed a late bonus in his champioship challenge to Sebastian Vettel after both Ferraris suffered almost identical left-front tyre failures, forcing them both to pit and dropping them out of position.

“I’m really surprised to see the issues that the Ferraris had with the tyres,” Hamilton says. “I didn’t see any debris on the track, so it must’ve been a surprise.”

“I had some blistering on my tyres in the last laps and I was like ‘urggh, I’m going to back off’, because before that I did some fast laps. It was just about bringing the car home and being smart.”

Despite some criticism over his decision not to attend the midweek London F1 parade, Hamilton believes the strong support of the British home fans helped to spur him to victory.

“It was amazing. Throughout the race, I was looking out of the corner of my eye and every time I came around Turn 7 [Luffield] I could see them cheering every single lap. It was really reminiscent of 2008, my first British Grand Prix win, when everyone was spinning off and I came through Abbey and everyone was cheering.

“That just spurs you on and it’s amazing to know that there are people with you. Really really with you. Even if it may be a boring race, I don’t know. But I’m like ‘I don’t care!’ – I’d rather be as far out as possible.”