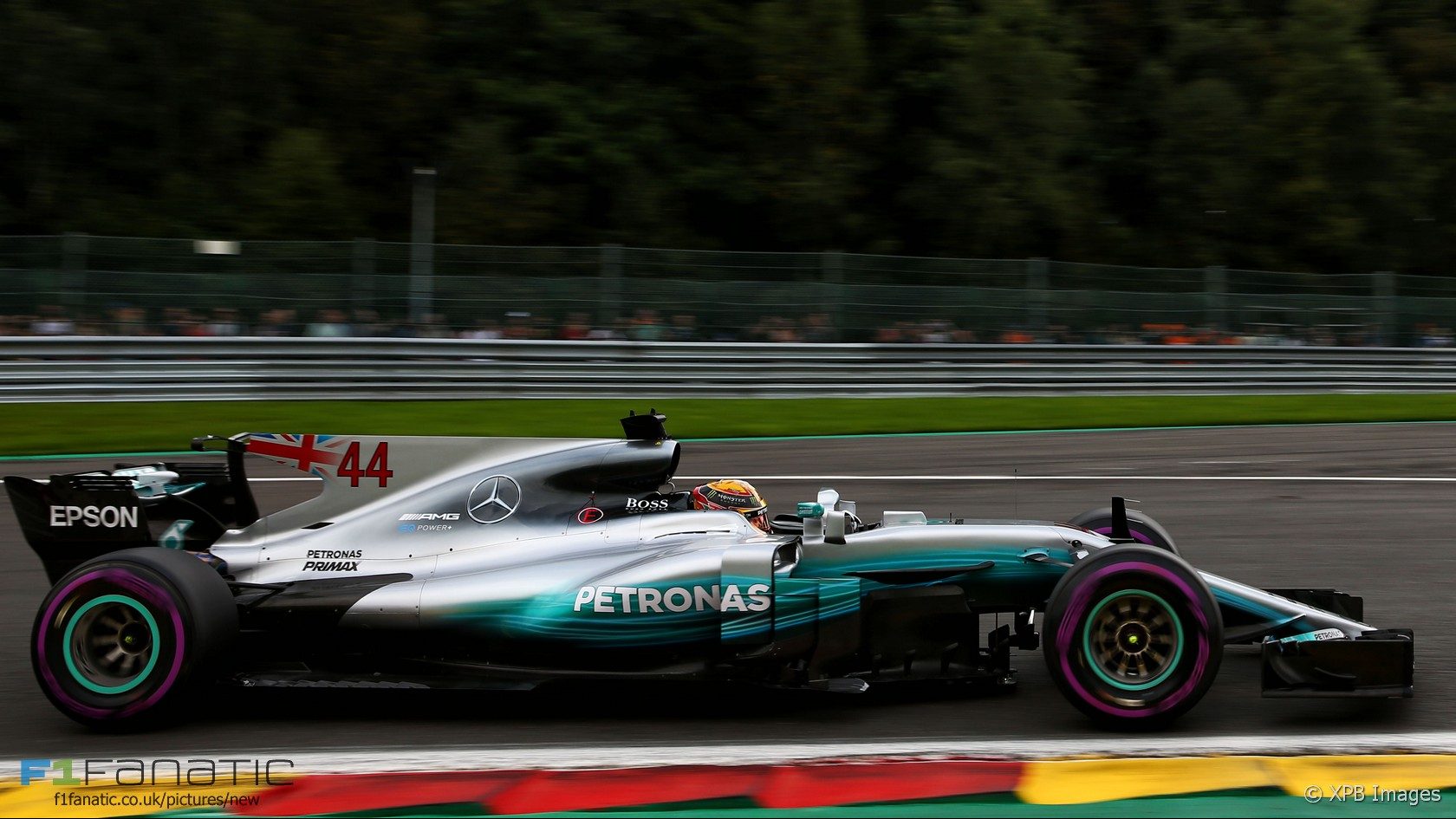 Hamilton put in a blistering lap at the death to secure pole ahead of championship leader Vettel by just over two tenths.

Valtteri Bottas will start third for Mercedes, ahead of fellow Finn Kimi Raikkonen.

Conditions were clear and dry around the Sp-Francorchamps circuit as qualifying for the Belgian Grand Prix began.

Mercedes were immediately out to set their first flying laps of the day, followed by Sebastian Vettel’s Ferrari. Kimi Raikkonen also went out, but was heard complaining of a ‘massive vibration’ on the rear of his Ferrari over radio.

Max Verstappen made use of the ultra soft tyres to post the third fastest lap, while Lewis Hamilton topped the times just under a tenth ahead of Sebastian Vettel.

Daniil Kvyat was also eliminated for Toro Rosso, with Lance Stroll compounding a poor showing for Williams by only managing 18th place on the grid. Both drivers

The second session began in similar fashion to the first, with both Mercedes venturing out to set their lap time on a set of ultra softs.

Raikkonen was again complaining of a vibration on his Ferrari, but will still able to set a time that saw him split the two Mercedes, while Vettel could only manage fourth behind Bottas.

Jolyon Palmer continued his good form by posting the seventh-quickest time, but there was a pitlane scare for the Renault driver when he slowed on entrance to the pits with a clutch issue.

McLaren tried a clever strategy of using Vandoorne to give Alonso a tow down the Kemmel Straight, but Alonso slowed coming out of Blanchimont before complaining of haing ‘no power’ on the radio.

This left the door open for Nico Hulkenberg to snatch a place into the top ten, and the Renault driver duly did, knocking a frustrated Alonso out of qualifying.

The final shoot out for pole position was contended between both Ferraris, both Mercedes, both Red Bulls, both Force Indias and both Renaults.

Despite his strongest performance in some time, Jolyon Palmer’s misfortune struck once again when he was forced to pull off circuit with a loss of oil pressure.

The first attempts saw Hamilton take provisional pole on a 1’42.907, three tenths ahead of Raikkonen, who was still complaining about vibration.

As time expired on the session, Hamilton put in another blistering lap to improve by three tenths and smash the all time Spa lap record with a 1’42.553. Bottas improved, but was still half a second off his team mate.

This left a window for Vettel to capitalise and the Ferrari driver secured a front row start by posting a lap within three tneths of Hamilton. Raikkonen was unable to beat Bottas and will line up fourth on the grid.

Behind, Max Verstappen will line up ahead of team mate Daniel Ricciardo on the third row. Nico Hulkenberg will start seventh for Renault, ahead of the two Force Indias of Sergio Perez and Esteban Ocon.