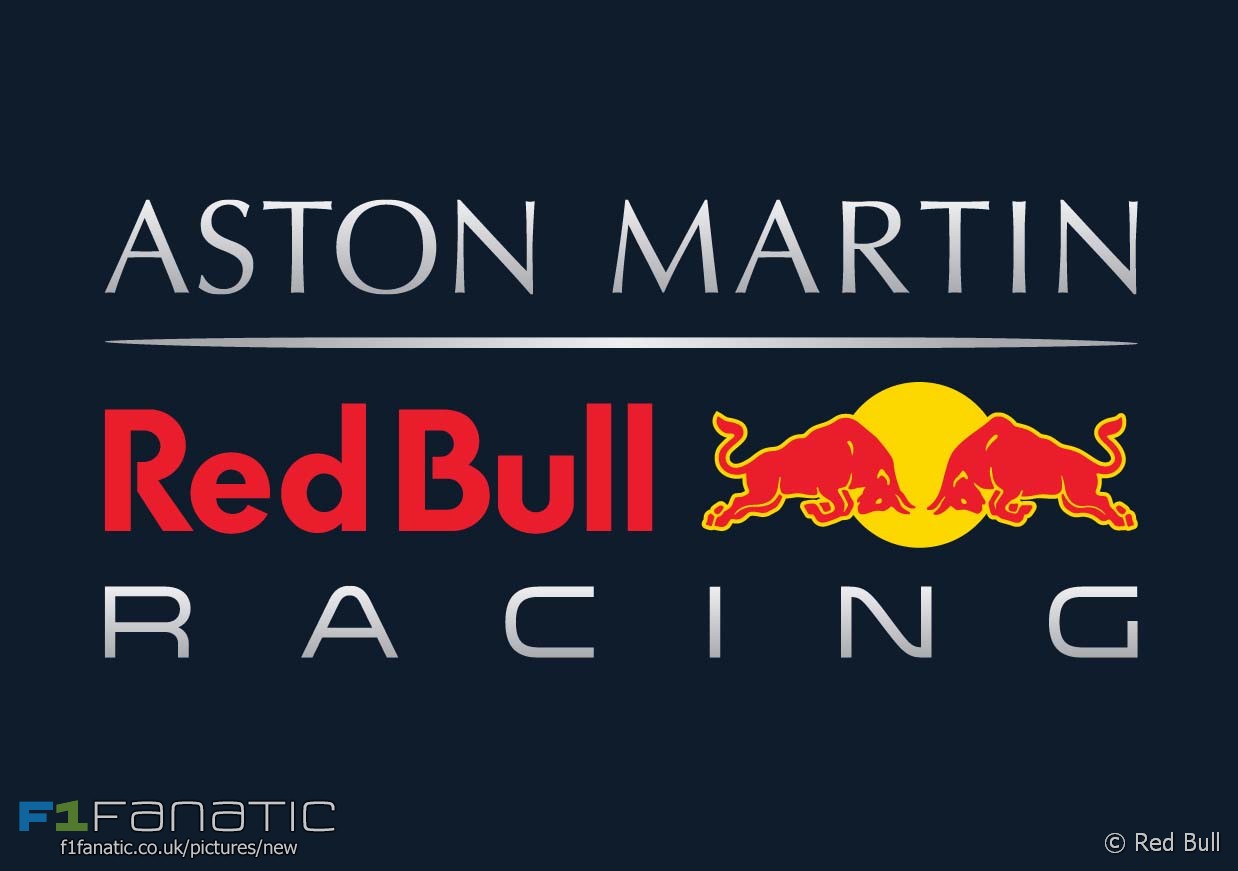 Aston Martin will become Red Bull’s title sponsor in 2018, the team has confirmed. The team’s official name will be Aston Martin Red Bull Racing and the car manufacturer’s branding will be featured more prominently.

Andy Palmer, Aston Martin’s president and CEO, said the deal is “the next logical step” for their collaboration with Red Bull. Aston Martin became a Red Bull sponsor in 2016 and the two companies collaborated on the Aston Martin Valkyrie supercar.

Palmer said Aston Martin is “enjoying the global brand awareness that a revitalised Formula One provides.” He also hinted at the possibility of Aston Martin becoming an engine constructor in the future.

“The power unit discussions (in Formula One) are of interest to us, but only if the circumstances are right,” said Palmer. “We are not about to enter an engine war with no restrictions in cost or dynamometer hours but we believe that if the FIA can create the right environment we would be interested in getting involved.”

Red Bull currently uses Renault power units which are branded by watch manufacturer TAG Heuer. It and Renault have refused to comment on speculation the partnership will end after next season.

Red Bull team principal Christian Horner said it will work more closely with Aston Martin on other projects in the future. “More than 100 Aston Martin staff will service the new Advanced Performance Centre on our campus in Milton Keynes,” he said. “It will allow us to collaborate further with Aston Martin on special, equally innovative, new projects.”

The pair intend the Valkyrie to be the first in a series of new products created between them. The car is expected to run for the first time next year and be delivered to customers in 2019.