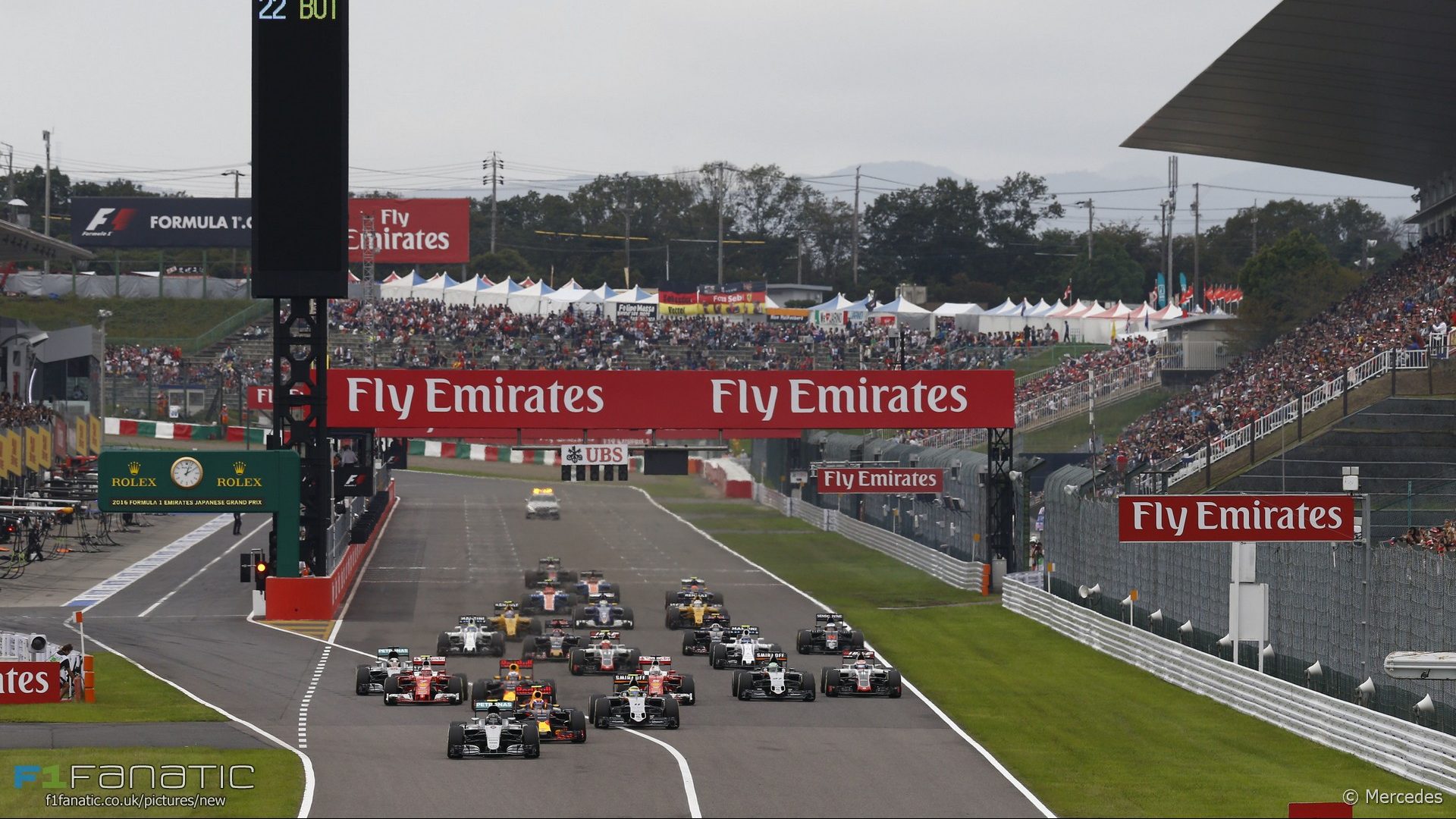 After a rough couple of races, Sebastian Vettel needs to turn his championship bid around at this weekend’s Japanese Grand Prix.

Five years ago Suzuka provided exactly the kind of swing Vettel is looking for. He went into that race 29 points behind championship leader Fernando Alonso, but his rival went out on the first lap and Vettel took a 25-point bite out of his lead.

But Vettel faces an even tougher situation this time. He’s 34 points behind Lewis Hamilton and there are only four more races to come after Japan this year compared to five in 2012. And in 2012 he had a quicker car than Alonso, whereas this year the picture is less clear-cut.

What is clear, however, is that this is one of Vettel’s favourite tracks. But it hasn’t been an ideal venue for Hamilton.

Both drivers first experienced the Japanese Grand Prix when it was at Fuji. This track seemed to suit Hamilton better: he took pole position for both races and won one of them in atrocious conditions.

Suzuka is more Vettel’s kind of track. He’s had four wins and a seven-race run of podium finishes was only halted last year, when he came fourth.

Vettel’s four pole positions at this venue make him the second most successful driver at Suzuka in qualifying. Had it not been for a broken KERS in 2013 he probably would have made it five in a row. Even so he’s well behind Michael Schumacher’s record tally of eight.

Hamilton, however, has never been on pole at Suzuka. He has won twice at the track, once in the rain in 2014 and the year later when he beat Nico Rosberg through turn one. But relative to the success he’s enjoyed at other venues, this isn’t one of Hamilton’s strongest.

Nor has it been a particularly good track for Ferrari since the Schumacher days. He took their fifth win in a row at the track in 2004, since when they haven’t had another victory.

Mercedes won the constructors’ championship at this race last year but neither of the championship titles can be decided this weekend. Nonetheless it would take a major swing in fortunes at this point for Mercedes to miss out on a fourth consecutive world title. The three teams behind them – Ferrari, Red Bull and Force India – also look unlikely to change position before the season ends.

Suzuka owned by Honda and this will be their last home race powering McLaren ahead of their switch to Toro Rosso next year. McLaren-Honda hasn’t scored a point in Japan since the current collaboration began. The last Honda-engined car to score a point at Suzuka was Jenson Button’s fourth place for the factory team in 2006.

All of the junior drivers in the field arrive at Suzuka with some knowledge of this demanding track. Lance Stroll is the only driver who hasn’t raced there, but he has had another of his private test sessions at the track. Stoffel Vandoorne and Pierre Gasly both know the circuit from their time in Japan’s Super Formula championship.

NB. Rate the Race was not held in 2014 following Jules Bianchi’s crash