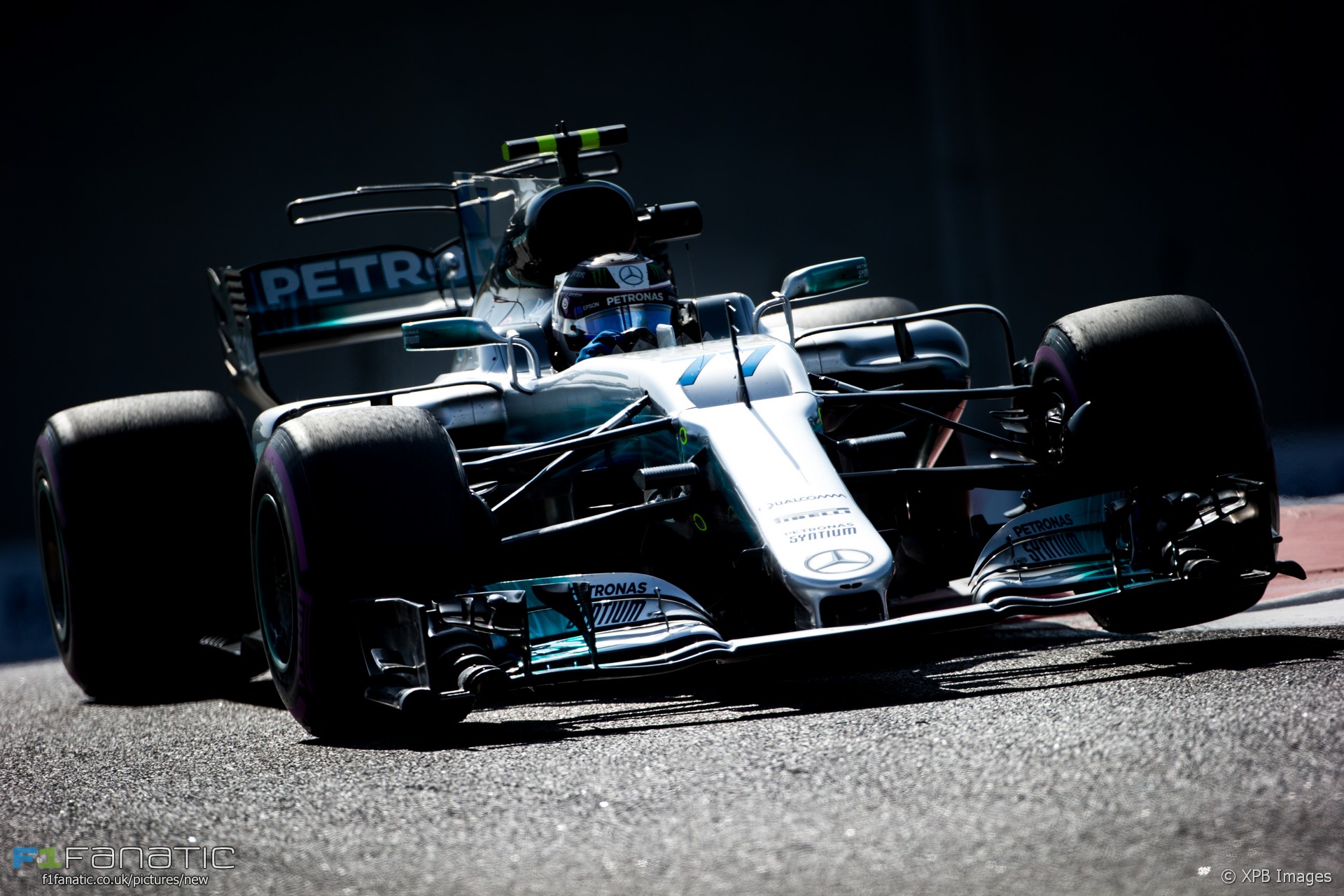 Valtteri Bottas ended the 2017 season with a win by holding his team mate back throughout the Abu Dhabi Grand Prix.

Despite race-long attention from Lewis Hamilton, Bottas clung on to take his third victory, his first since the Austrian Grand Prix in July. Bottas kept his lead at the start and pitted one lap before his team mate. Hamilton pursued him closely after he rejoined the track, but an error at turn 17 let Bottas off the hook.

A slight error by Bottas at turn five with six laps to go brought Hamilton on to his tail again. But Bottas kept clear in the DRS zones and after the slow corners at the end of the lap Hamilton had fallen out of range again.

Mercedes rivals had nothing for them in the race. Sebastian Vettel dropped over 20 seconds behind them during the course of the grand prix. Daniel Ricciardo, the quicker of the two Red Bulls, retired with a hydraulic problem. That promoted Kimi Raikkonen to fourth, albeit over 21 seconds behind his team mate, and Max Verstappen fifth.

Nico Hulkenberg took a crucial sixth place for Renault which moves them up to sixth in the constructors’ championship ahead of Toro Rosso. He did it despite collecting a five-second time penalty for cutting the track to overtake Sergio Perez on the first lap of the race.

The Force India driver followed him home ahead of team mate Esteban Ocon, who ran a long first stint in an attempt to get ahead of his team mate. Fernando Alonso and Felipe Massa completed the top ten, the pair swapping placed after Massa came out of the pits ahead of the McLaren.

The race’s only other retirement was Carlos Sainz Jnr after Renault sent him out of the pits without securing his front-left wheel. He almost hit the barrier in the pit exit tunnel as he rejoined the circuit before pulling over to stop.