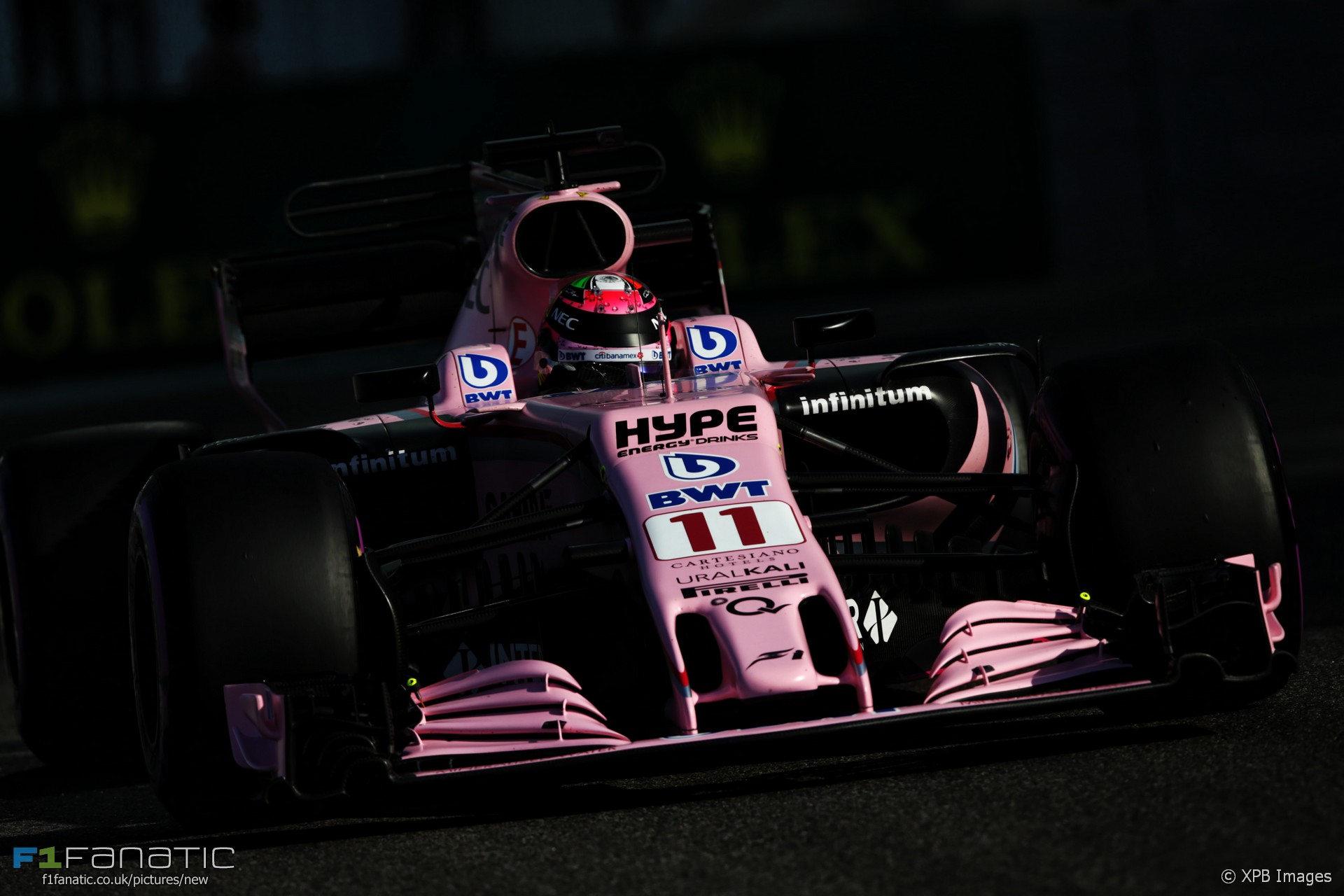 Sergio Perez said Nico Hulkenberg’s penalty for going off the track to overtake him in Abu Dhabi was not harsh enough.

The Renault driver was given a five-second time penalty for cutting across turn 12 to regain a place he had lost to the Force India on lap one. However Hulkenberg was able to pull far enough ahead of Perez during his first stint to make his pit stop and come out ahead of his rival.

“I think the way he got back the position was very unfair,” Perez told media after the race.

“And just a five-second penalty at the stop, when you have more pace than the other car, is quite good [for him]. You can cut the track, gain an advantage, and pay it at the pit stop, open the gap during the stint, and then it’s OK.”

“That really is a bit ridiculous. We should have the position back. But anyway I’m happy we finish the season on a high.”

During the race Perez said on his radio that the problem of corner-cutting had been discussed during the drivers’ briefing and said Hulkenberg’s sanction was “not fair”. Perez finished the race in seventh place, 6.3 seconds behind Hulkenberg. The Renault driver was also given one penalty point on his licence for the infringement, putting him on a total of five points for the current 12-month period.

The Force India driver received the same penalty as Hulkenberg in the Belgian Grand Prix, when the stewards ruled he had cut across the Les Combes chicane to overtake Romain Grosjean.

23 comments on “Hulkenberg’s penalty was “not fair” – Perez”