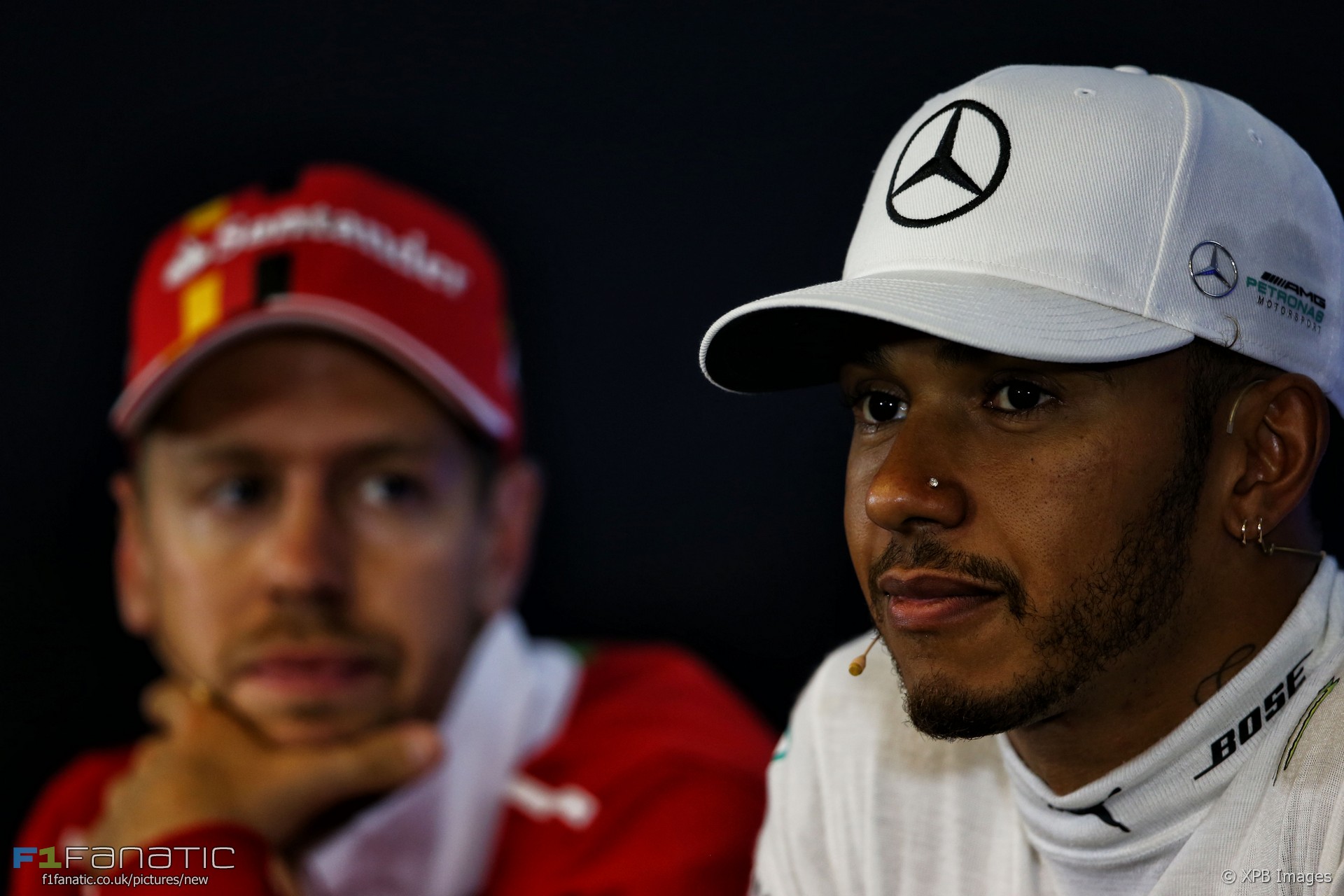 In the round-up: Lewis Hamilton says he destablised Sebastian Vettel in their clash at the Azerbaijan Grand Prix.

Hamilton: I knew how to get inside Vettel’s head (The Times - registration required)

"They (Alfa) come under the same management as Sergio so I can’t believe he’d have brought Alfa Romeo in for Ferrari to be leaving in a couple of years."

"The biggest problem we’ve had this year is that it’s clear the big three teams — if you want to call them that — in Mercedes, Ferrari and Red Bull are significantly quicker than the rest."

Pirelli not expecting to use super-hard tyre in 2018 (ESPN)

"It is not really a compound we intend to use next year, it is a back-up compound."

"It is only three years a way, but next year will go and if you recruit again after that, it is for 2019 and you might need to go smaller a year later. We need to know the direction of the sport."

"The main thing for him was to have been able to drive at a good level. I think what he has done is really exceptional."

"I will confirm exactly what is going on, and he will be in Enstone on April 1."

"Marcus Ericsson has emerged as favourite to retain his seat there, having the backing of the team's Swedish financiers, while other candidate Antonio Giovinazzi could be handed a reserve or third driver role if he does not get a race seat."

My first laps on the new virtual track of the Dutch Grand Prix! It was great fun testing out the challenging track designed by my partner @Exact. #TechCurious #DutchGrandPrix pic.twitter.com/yhEKH9MJY5

Fourth again for Force India this year despite bringing a rookie into their line-up:

Force India is a fantastic little team. To be consistently the biggest threat from the midfield to the front-runners for the last few seasons and then to still be there after a rule change is massive. It just shows the breadth and depth of experience and what great people they have making the key decisions in that team.

Perez is no slouch so to see Ocon running him so close was impressive. If I was a team principal, he’d be a very attractive choice as a driver who clearly is capable of just hoovering up points finishes when they’re there for the taking.
AF92