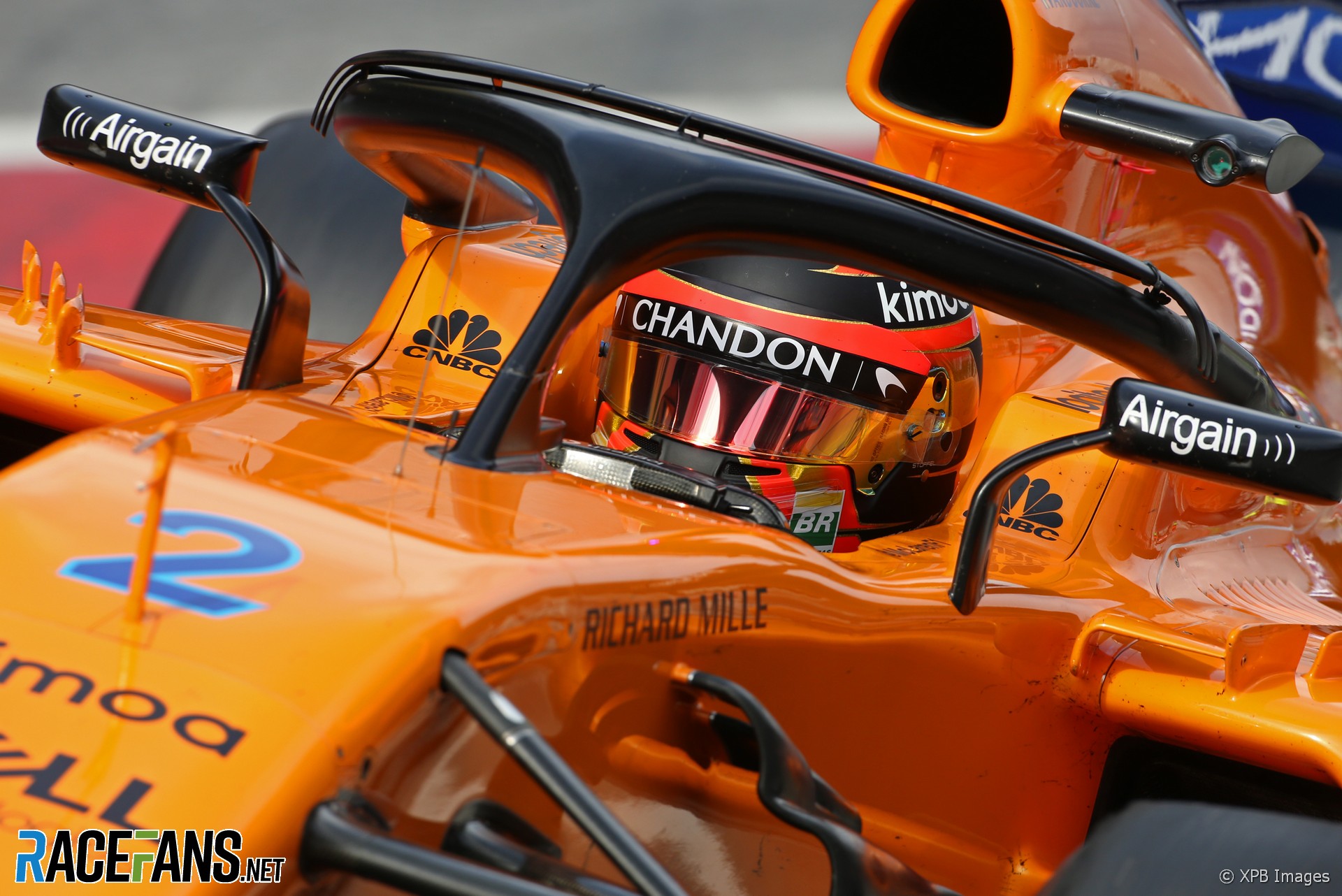 Stoffel Vandoorne said McLaren has got to grips with the car problems it experienced during pre-season testing at the Circuit de Catalunya.

Ahead of the final day of testing the MCL33 had covered the lowest mileage of any car. An electrical problem hampered Vandoorne’s running on Tuesday and an oil leak badly disrupted Fernando Alonso’s session on Wednesday.

However Vandoorne said the effect these problems had on their running exaggerated how series they were.

“The issues we’ve had over the past couple of days were not massive or major issues,” he said, “they just cost us a lot of track time and they’ve taken a long time to fix. We’re on top of them.”

“There’s no reason why they should be more problems and I think we’re confident to go to Melbourne with a strong package.”

McLaren will bring a new aerodynamic package for the car at the first race of the year, which was planned before testing began.

“The car in Melbourne will be quite different,” said Vandoorne, “we have a lot of updates coming.”

“Everything we learn here we need to carry forward, learn about it. The car and package we have in Melbourne will be quite different, we’ll have to try and understand that there.”

Vandoorne completed a race simulation in the car on Thursday. “There was no surprises, no major problems,” he said.

“It’s always very important because during a race simulation, for example, you test the stress on the car, the cooling on the car. All the unexpected things. To be honest everything ran very smoothly.”