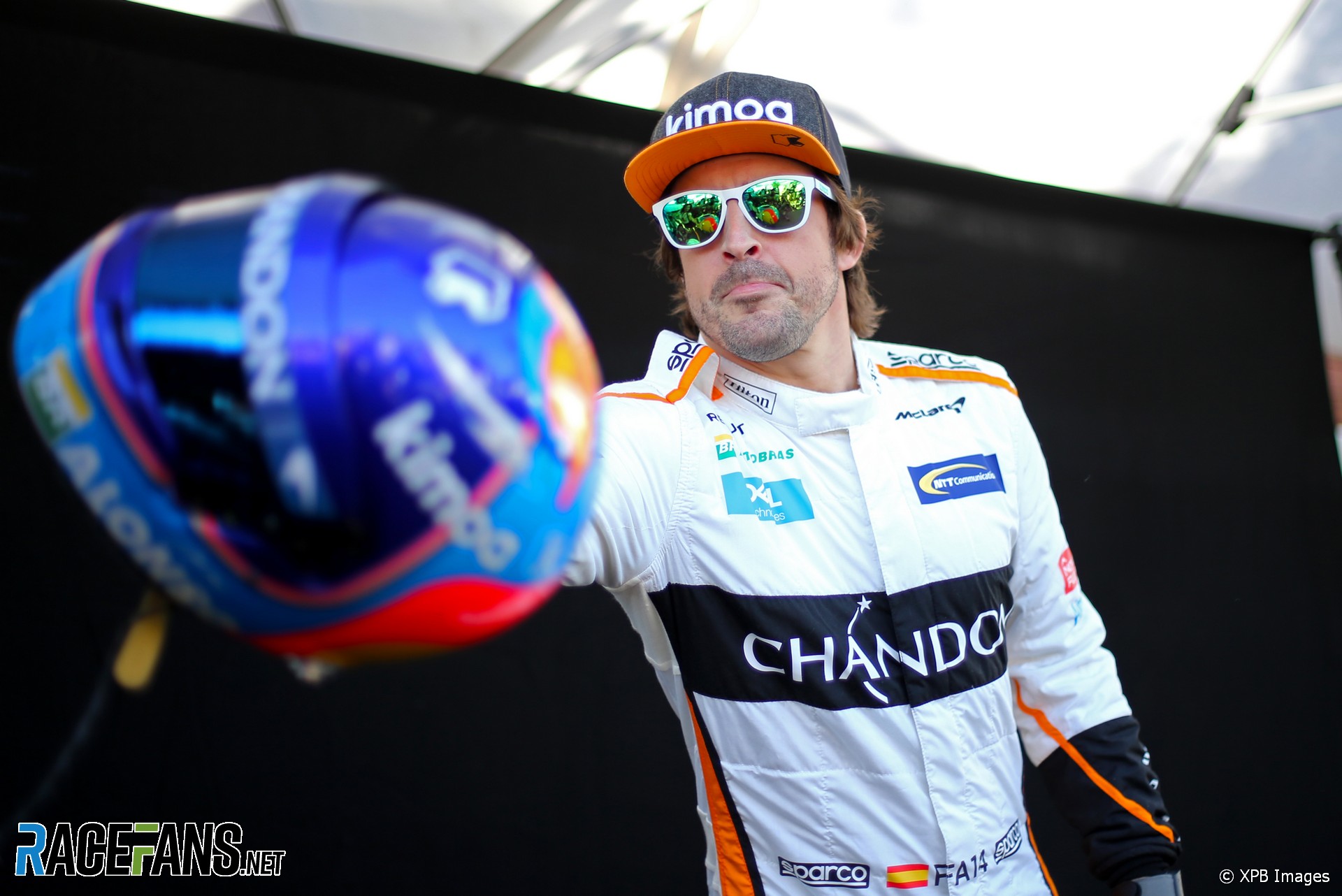 Fernando Alonso has set himself a goal of reaching Q3 in every race this year and said McLaren should be the most-improved team of 2018.

Speaking to media in Australia, Alonso said the troubles McLaren encountered in pre-season testing had been fixed

“It should be a good season for us, getting back to the positions that we enjoy a bit more,” he said. “Hopefully 100% in Q3, regularly in the points, fighting in the top five, hopefully close to the podium in some of the races.”

“We saw last year one Williams took a podium in Baku, the Force Indias were very close to a couple of podium positions in the year. So we know that the opportunities will come and in those opportunities we will deliver, hopefully.”

Alonso reached Q3 in seven out of 20 races last year. Only Valtteri Bottas and Kimi Raikkonen never failed to reach the final stage of qualifying.

Alonso said he expects McLaren to improve consistently over the coming season following its switch to Renault power. However he accepts the coming weekend is likely to be the team’s least competitive showing.

“This will be our lowest level,” he predicted. “I think during the season we will improve a lot.”

“We should be the team that will progress more relative to the other tams just because the integration to a new power unit will require time.

“The chassis has been designed and the season programmes with many updates that will come very soon, in the first couple of races. What we see here is going to be important, yes, but I think will [become] better and better. I expect in the second part of the season a very strong McLaren.”

Last year the team was often unable to defend its position on the occasions where it qualified strongly. Alonso predicted the “biggest difference” between this year and last will be that they are more competitive on race day

“Some of the race last year we were competitive. I don’t know where it was but I started P6, Abu Dhabi or one of the last two or three races, so the potential was there last year. But then in the race we had other difficulties, other problems, and we never had the opportunity to fight wheel-to-wheel. That will be a big difference this year and definitely much more fun.”

Alonso compared the coming season to his 2012 campaign with Ferrari, where the team were off the pace at the beginning of the season but still managed to win races.

“As I said in 2012 we were not in that group ever and we were leading the championship in the last race. So let’s see what happens this year.”