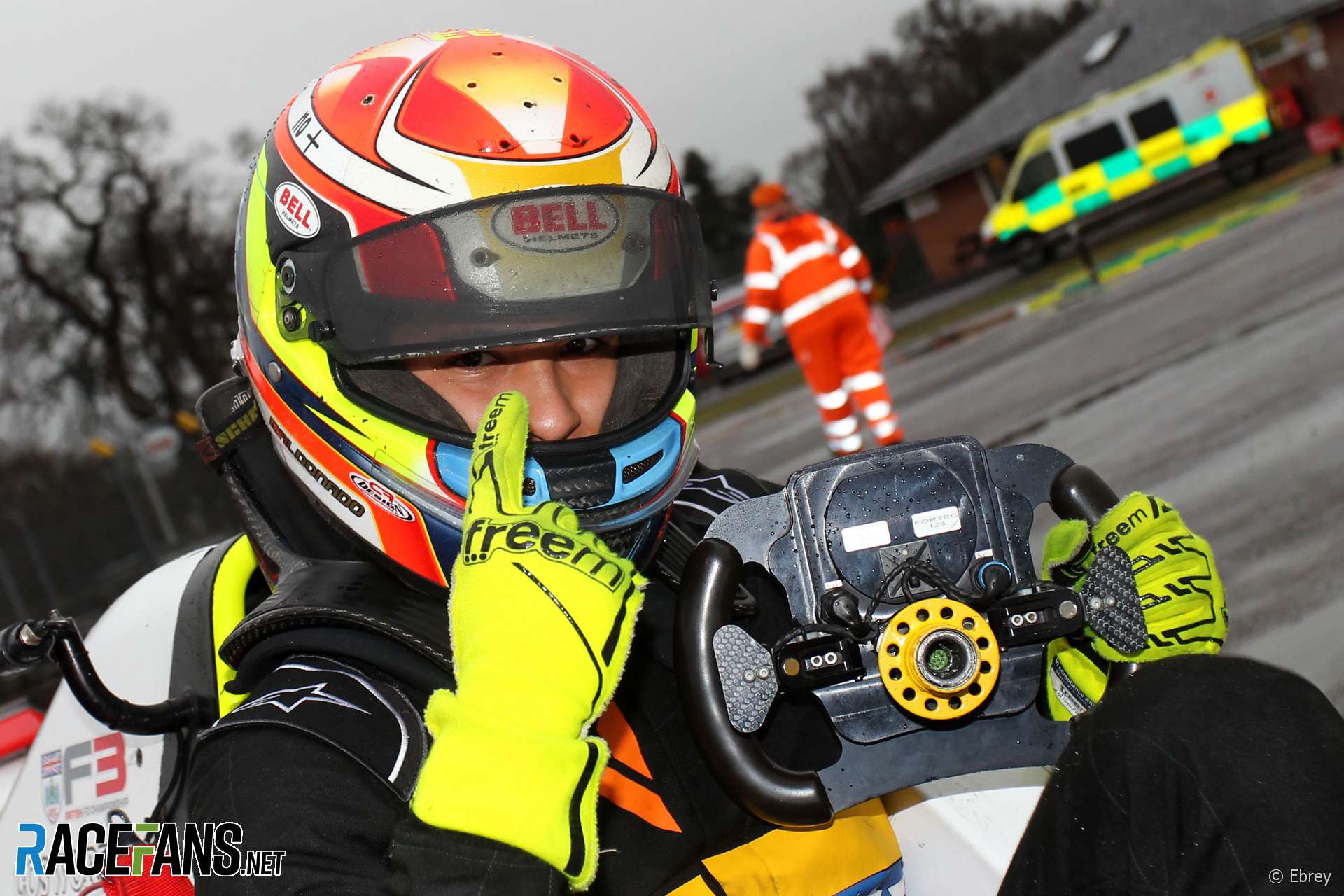 NASCAR’s Martinsville round was postponed to Monday due to rain. Stewart-Haas took their fourth victory from the six races so far but this time it was Clint Bowyer who took the chequered flag first.

The expansion of the popular TCR format continued with the first ever UK event. Both races were won by Daniel Lloyd who also claimed pole position for the first encounter, than had to work his way forward from ninth in the second.

Carlin’s Nicolai Kjaergaard leads the British F3 championship after leaving Oulton Park with a win, a second and a fourth place from the three races. Double R’s Linus Lundqvist, who won the second-opening race, is immediately behind him in the points.

Billy Monger made a sensational return to racing following the crash last year which left him with amputations to both legs. Third in the first race was his best result of the weekend. Pastor Maldonado’s cousin Manuel won race two having earned pole position by dint of finishing 11th in race one. This was also the first race for the new format which awarded points for overtaking.

Charles Leclerc’s younger brother Arthur won one of the three French F4 races at Nogaro after Mateo Herrero and Esteban Muth took each other off while disputing the lead (above). Adam Eteki and Ugo De Wilde were the other two winners.

Formula One heads to Bahrain next weekend and will be supported for the first time this year by Formula Two as the new season of the feeder series begins.

The following championships are also in action next weekend:

15 comments on “Winning weekend for Leclerc and Maldonado’s relatives”