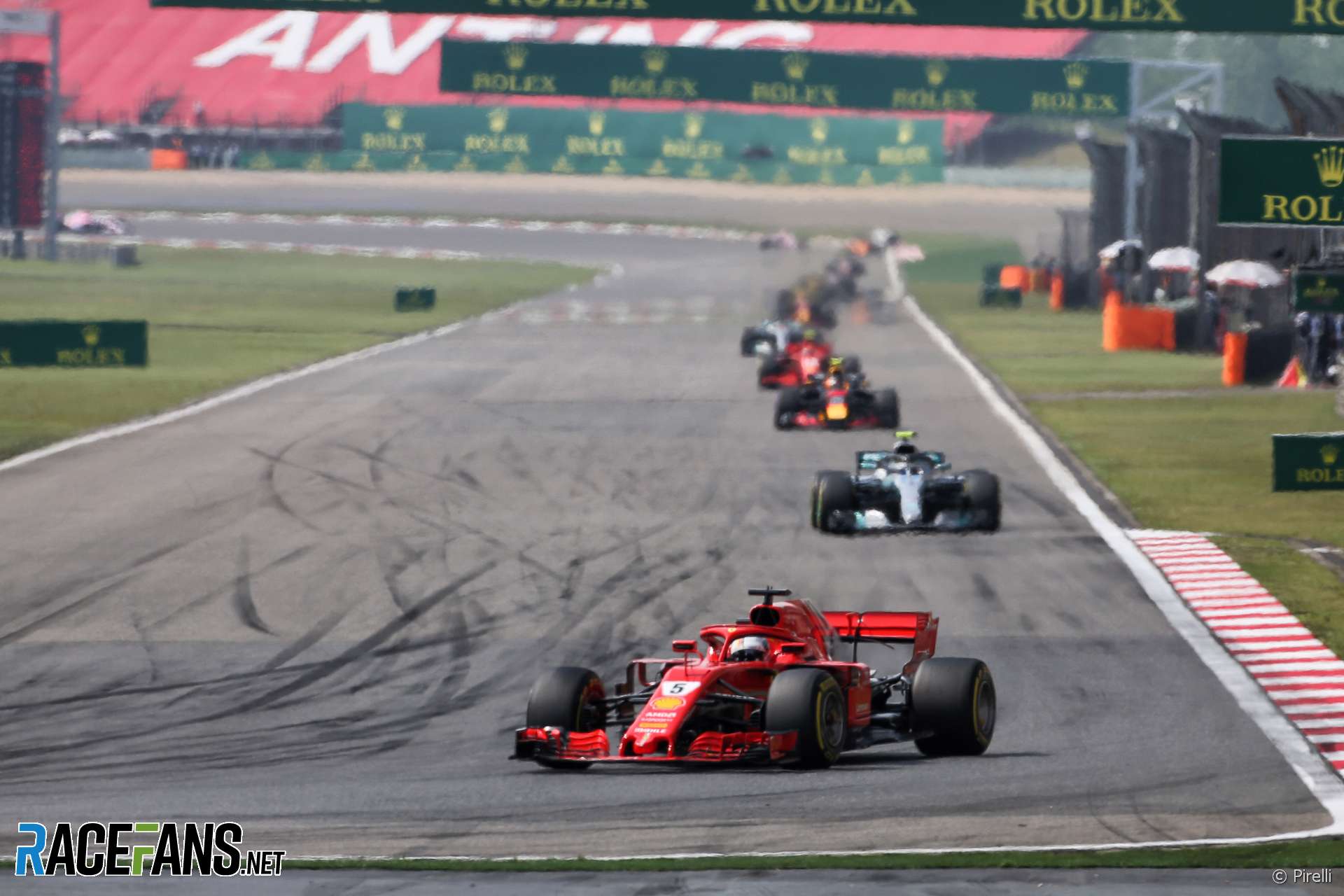 Sebastian Vettel criticised the use of the Safety Car during the Chinese Grand Prix.

Vettel said race control should have timed its deployment in a way which did not put them at a disadvantage and should have used the Virtual Safety Car initially to ‘freeze’ the race.

“The timing of the Safety Car was bad for Valtteri and myself because we had no chance to react,” said Vettel.

“And the race wasn’t frozen either. Normally the race is frozen for one or two crossings of Safety Car line. But it wasn’t, the Safety Car was there straight away so basically we were taken out of the race and didn’t have the chance to [decide to] jump on fresh tyres or stay out.”

Vettel said he would have pitted for fresh tyres had the Safety Car been deployed before he reached the pit entry. He said the sport should have learned from past races where Safety Cars compromised the leaders’ races.

“I think after 2014 in Hungary we were in a similar situation where the leaders were disadvantaged because the Safety Car came once they came past the pit entry. I understand if something happens and you have to react straight away, that you can’t always respect where cars are relative two each other.

“But we had two laps of the debris on the track so why not call the Safety Car half a minute sooner and then everybody has a chance to decide whether they pit or not.”

However Vettel agreed it was correct to send the Safety Car on track.

“I don’t know the gaps but I think yes the Safety Car was justified because you have to give the marshals a one-and-a-half or two-minute window to clean the track. But in my point of view it’s not right to send it when you actively change the race.”