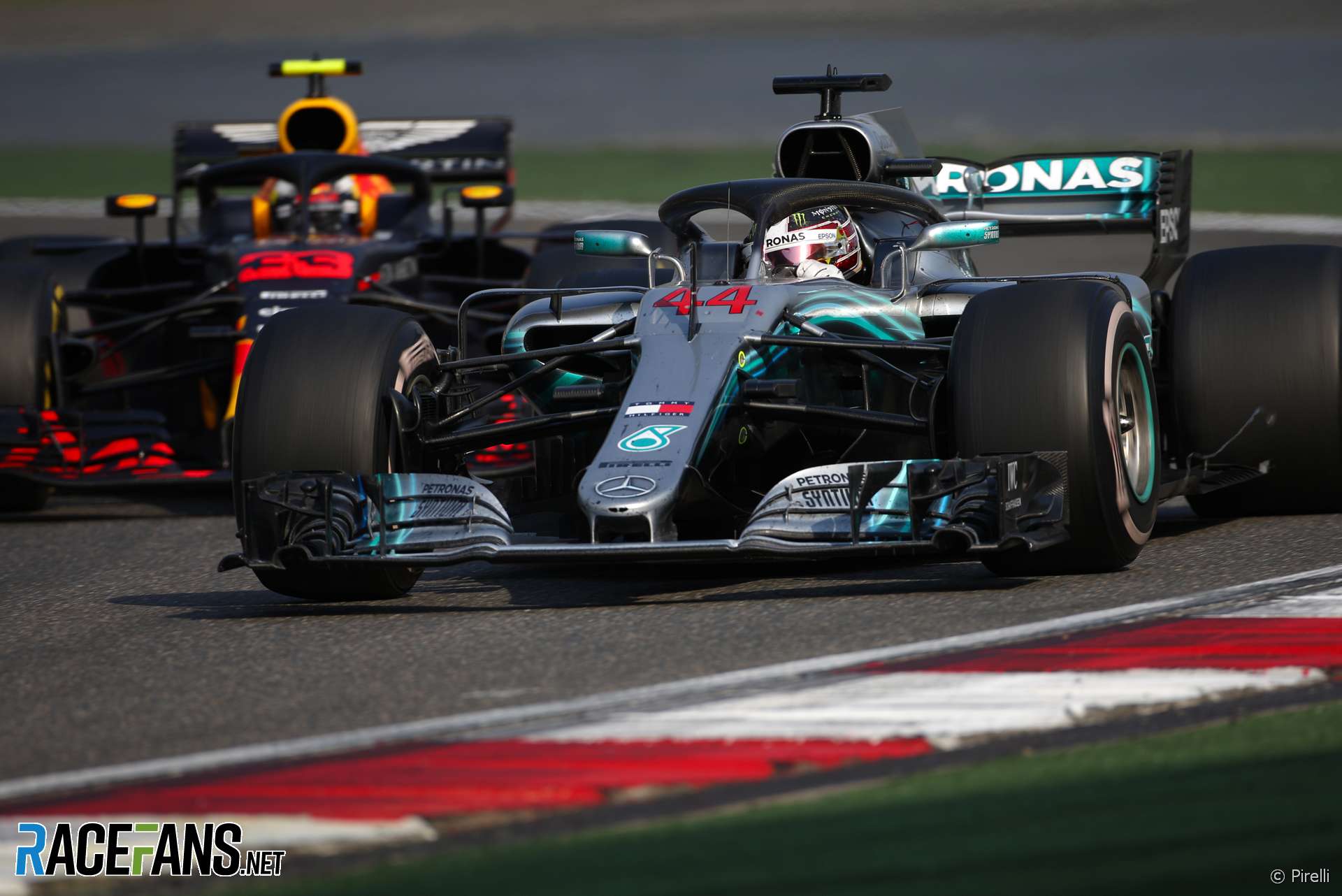 Max Verstappen said he would have dealt with Lewis Hamilton in the same way his Mercedes rival treated him in their Chinese Grand Prix encounter.

The Red Bull driver went off the track in Shanghai while trying to pass the Mercedes at turn seven. But he said he has no concerns about going up against Hamilton again.

“Lewis is a great driver, he knows how to overtake and defend,” said Verstappen. “It’s racing, we’ll just race again.”

He justified the unsuccessful move which dropped him behind eventual race winner Daniel Ricciardo. “I think it was a fair chance,” Verstappen said.

“What Lewis did, I would’ve done the same as Lewis. In the middle of the corner he just run me a bit more wide, I went a bit more on the marbles while being flat-out and then as soon as you have to make a correction it’s easy to lose your car. It was a fair racing moment.

“I had better traction out of the corner before so I had a bit of a run on him. I knew he was not flat in that corner and I was. I went around the outside, it didn’t work out this time, it was a good try.”

In China Hamilton said he hadn’t been aware Verstappen was trying to go around the outside of him.

“I didn’t even see him there,” said Hamilton. “I was doing the corner normally and when I watched the replay… I don’t understand what he was up to there but it wasn’t a problem for me”

“There’s actually a really dirty line on the outside of turn seven,” Hamilton added. “It’s a very fast corner, very long. I don’t think any top driver’s been overtaken on the outside before.”

31 comments on “Verstappen: I’d’ve done the same as Hamilton in China”