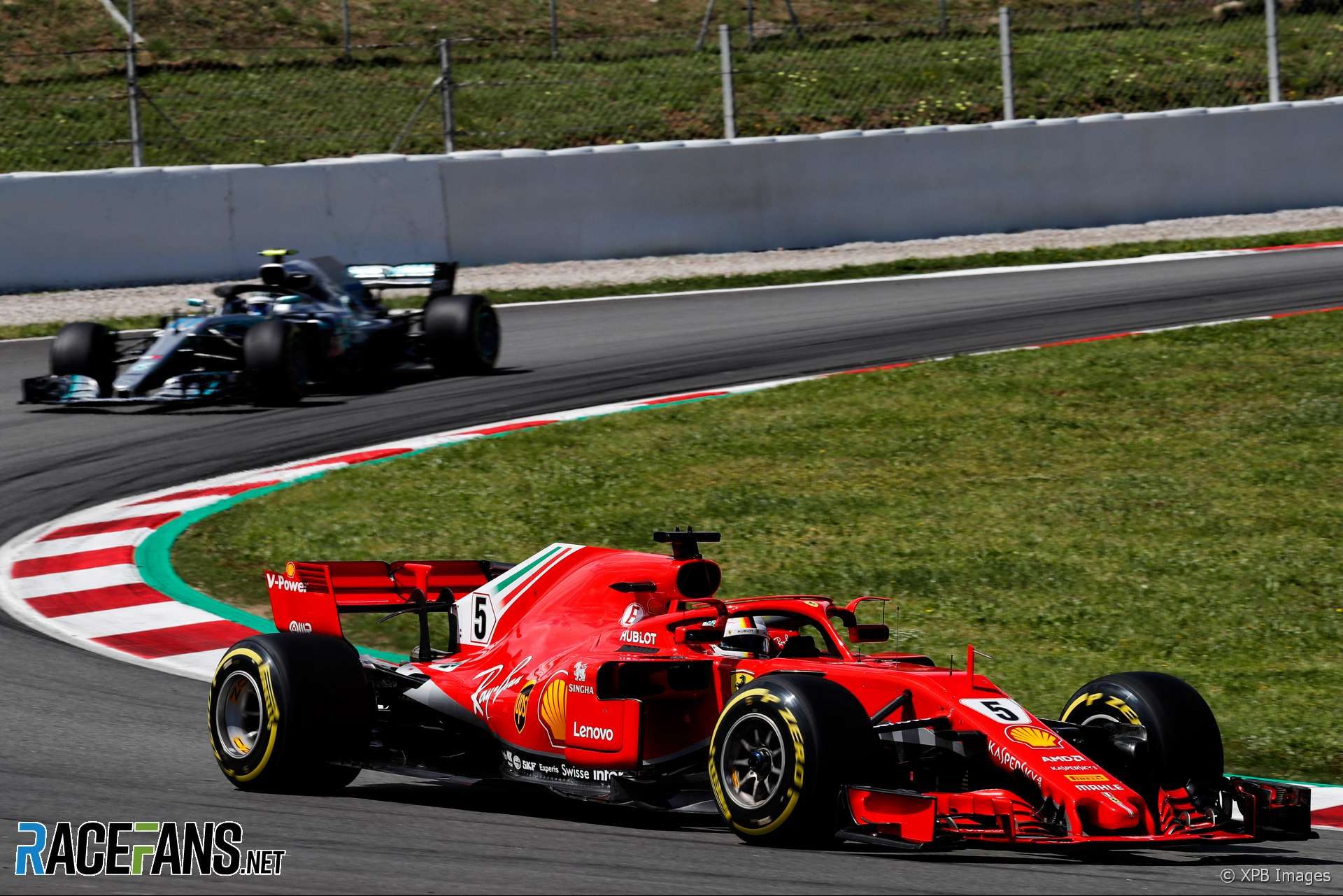 Sebastian Vettel describes F1’s implementation of its Virtual Safety Car rules as “poor” following the Spanish Grand Prix but FIA race director Charlie Whiting is not convinced the system needs to be changed.

Vettel narrowly lost a position to Max Verstappen when he made a pit stop during a VSC period. The Ferrari driver pointed out it’s possible to minimise the lap time lost under the VSC by driving unusual lines.

“The FIA’s supplying us with a system that makes us follow a delta time and everybody has to slow down,” he said. “But I think everybody’s aware that you can have a faster way to go under Virtual Safety Car than just follow the delta by saving distance.

“So I think we should have a system that hasn’t got this loop or this hole because it forces us to drive ridiculous lines around the track. Everybody’s doing it, I don’t think it’s a secret. Our sport should be in a better shape than supplying software that’s too poor and allows us to find some extra performance that way.”

The VSC works by setting all drivers the same target lap time, 30% slower than a typical lap, which they must not drive quicker than. “Drivers have to follow that lap and it’s measured every 50 metres of travel along the track,” explained Whiting. “It measures where it is relative to the reference lap and it’ll give you a plus or minus.”

“They are allowed to go negative [quicker], as long as they are positive once in each marshalling sector and at the Safety Car line,” Whiting added.

“[As] it’s measured every 50 metres then any advantage you can get from using a different line on the track is going to be absolutely minimal.

“I can sort of see what he’s saying but given that the racing line is the optimal one, normally the shortest distance, one would think it’s a little difficult.

“If they have evidence of this we’ll obviously have a look at that and see if it can be manipulated. But from what we can see over the course of a lap and a half, or whatever it was, as long as they’re zero at the VSC ending point then I don’t think any advantage can be gained.”

Whiting said there is another area of the VSC rules which teams can exploit, which the FIA is working on a solution for.

“Where the advantage can be gained, as we’ve found out, is coming into the pits and going out. But everyone knows that, it’s now new. What we’re looking at now is to also use the SC1 line, SC2 line and the timing line as mini-sectors so as to minimise any advantage a driver might be able to get.”

Vettel also admitted he had lost time through his pit stop in the VSC period due to his own error on cold tyres.

“It’s my mistake, I came into the box a little bit hot and overshot the position and then the guys have to reshuffle and that cost us a bit of time. I had some traffic in the pit lane as well, I’m not sure, I need to have a look.”

24 comments on “Whiting not convinced by Vettel’s VSC complaint”