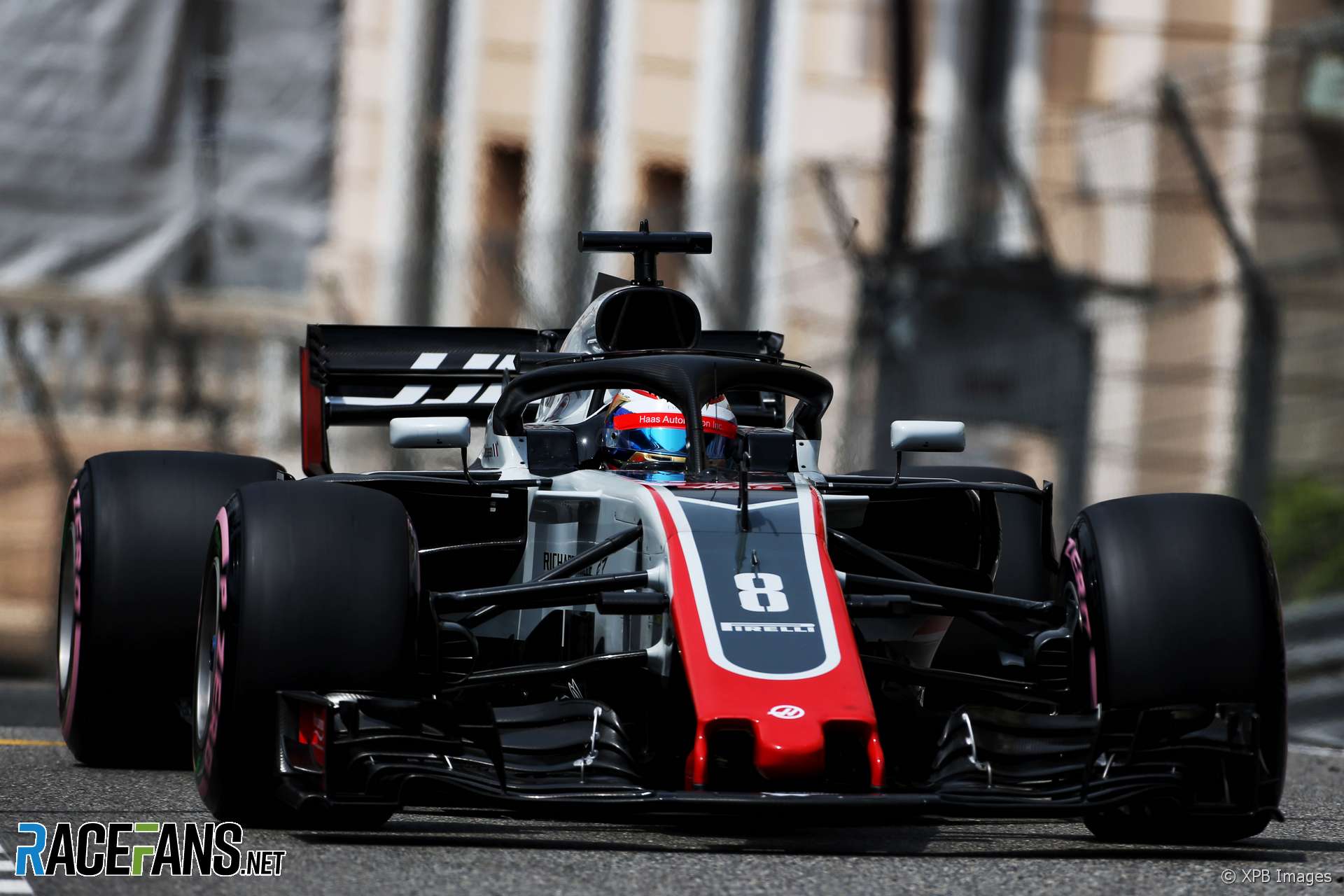 In the round-up: Haas team principal Guenther Steiner says the team needs to work on its tyre preparation after being the second-slowest team in Thursday practice.

Steiner explained why the VF-18 was particularly uncompetitive in the first sector:

It’s more tyre-related. We don’t have the tyre, when we go over the start/finish line the tyres are not in the window. At sector two I think we are 10th-fastest, roughly. At sector three we are also not so bad. So it’s mainly sector one I think we are going in a little bit too cold on the tyres. And then you lose your confidence, as you say, turn one if you brake and the front doesn’t grip you’re in trouble.

Apologies to the team, misjudged my braking point going for that move and ended up in the wall…

We had to go for it starting from P16, but nevertheless not how we planned to finish our race! Head up and we keep pushing! @ARTGP

"Halfway through my last year I wasn’t in it mentally. I wasn’t driving as quick as I was in previous years. The last year I raced, maybe I shouldn’t have done so because I was over it and needed another challenge."

"(Grid girls) doesn't add anything and enough is enough. It's not about ugly versus beautiful, it's saying the sexual objectification of women in sport is not OK."

"Some of the stories I am too embarrassed to tell, because of the fact it makes my sport look so bad."

"Yes, the 'grid girls' chose to do it, and yes they were paid for the pleasure. There is absolutely nothing wrong with a man or woman deciding that they want to take on a job with little real purpose. What was - and still is - wrong is the impression created, giving girls to think that men are mechanics and engineers and drivers and more, while women are pretty and mute."

"If Bernie Ecclestone was still in charge of F1, he would have Sebastian and Lewis at Ferrari next year. He would make that happen."

Why Mercedes is slow at Monaco (Motorsport magazine)

"Mercedes’ low-rake concept is aero efficient but runs out of rear downforce earlier than the Ferrari but this year’s SF71H is much more aero-efficient than last year’s SF70H."

"I find it difficult to see OTT overtaking the sorts of revenues that a deal with Sky offers, though I do not think a deal like the last one will be struck again."

Simulators: The Guinea Pigs of F1 (The New York Times)

Chris Dyer: "If somebody has a crazy idea — ‘what happens if the car behaves like this?’ — we can write some code, we can make the car behave like that, we can go away and test it and say ‘that’s pretty good.’ Now, how do we do that in the real world?"

"The Monaco Grand Prix remains the only event on the calendar in which Ferrari’s Philip Morris connection is not obscured. The principality is decorated with Marlboro adverts featuring the faces of one or both Ferrari drivers, and in previous years shops have sold special Monaco-edition Marlboro reds, complete with Scuderia branding. F1’s legacy race, the jewel in the crown, still operates as if these were the good ol’ days, flush with tabac-cash."

Sage Karam: "It wasn't like I woke up one day and was totally fine. It was like a year later, and Stefan reached out to me and told me it wasn't my fault. I think to hear that from him was one of the last healing things for me, to hear that from someone in his family."

More archive F1 footage on its way to fans (F1)

"Through the acquisition of a huge resource of film footage from the 1970s and beyond, fans will soon be able to access video of some of the sport's true legends in their glory years."

Nico Rosberg: "The last lap I started to get a bit worried because he started to push a lot in the corners."

Nase reckons ultra-softs are the best tyre to start on for those expecting to qualify at the front this weekend:

Let’s assume you’re a Red Bull driver, and you’ve qualified on ultra-soft (even though your team selected only one set of these tyres for the entire weekend, so you better make your Q2 attempt stick…).

Your initial pace might not be the fastest, but that doesn’t really matter as long as your start is decent and you manage to stay ahead. The Ferrari and Mercedes drivers behind you, if they can’t afford to qualify on the ultra-soft, may be on the faster tyre, but it will degrade much faster than the ultra-soft. And they won’t be able to use their pace to create a gap to the cars behind them, which they need to make a pit stop while maintaining their track position after the dust has settled.

After 20 laps, the hyper-soft starts to hurt. If you haven’t managed to pull a gap of at least 20 seconds over the ultra-soft runners in the midfield (which is to be expected if we look at the practice times: Renault, McLaren, Force India, Toro Rosso – all lapping comfortably within a second of Vettel’s fastest lap time), you’re in trouble. You won’t be able to delay your pit stop indefinitely, as your lap times will eventually be slower than the midfield, and your gap will start to crumble.

Sooner or later, you will need to pit, and you are very likely to drop back into the midfield, stuck behind ultra-soft runners who are in no hurry to make a pit stop. Meanwhile, at the front, the Red Bulls are continuing to lap faster than the midfield runners on the same tyre, steadily increasing their gaps, until they either reach lap 45-50, or a Safety Car is deployed, then making their sole pit stops of the day, emerging very comfortably ahead of the Ferrari and Mercedes drivers.

The latter will finally be set free due to the midfield ultra-soft runners pit stops, but it will be too late, and the race will be lost, maybe even the final spot on the podium.

The only vulnerability for ultra-soft runners would be a Safety Car deployment around the middle of the race, i.e. more than 30 laps from the end, as that’d be too early to switch to hyper-soft tyres. In that case, they might need to fit the super-soft tyres, and hope they’ll find a way to get some temperature into them.
Nase