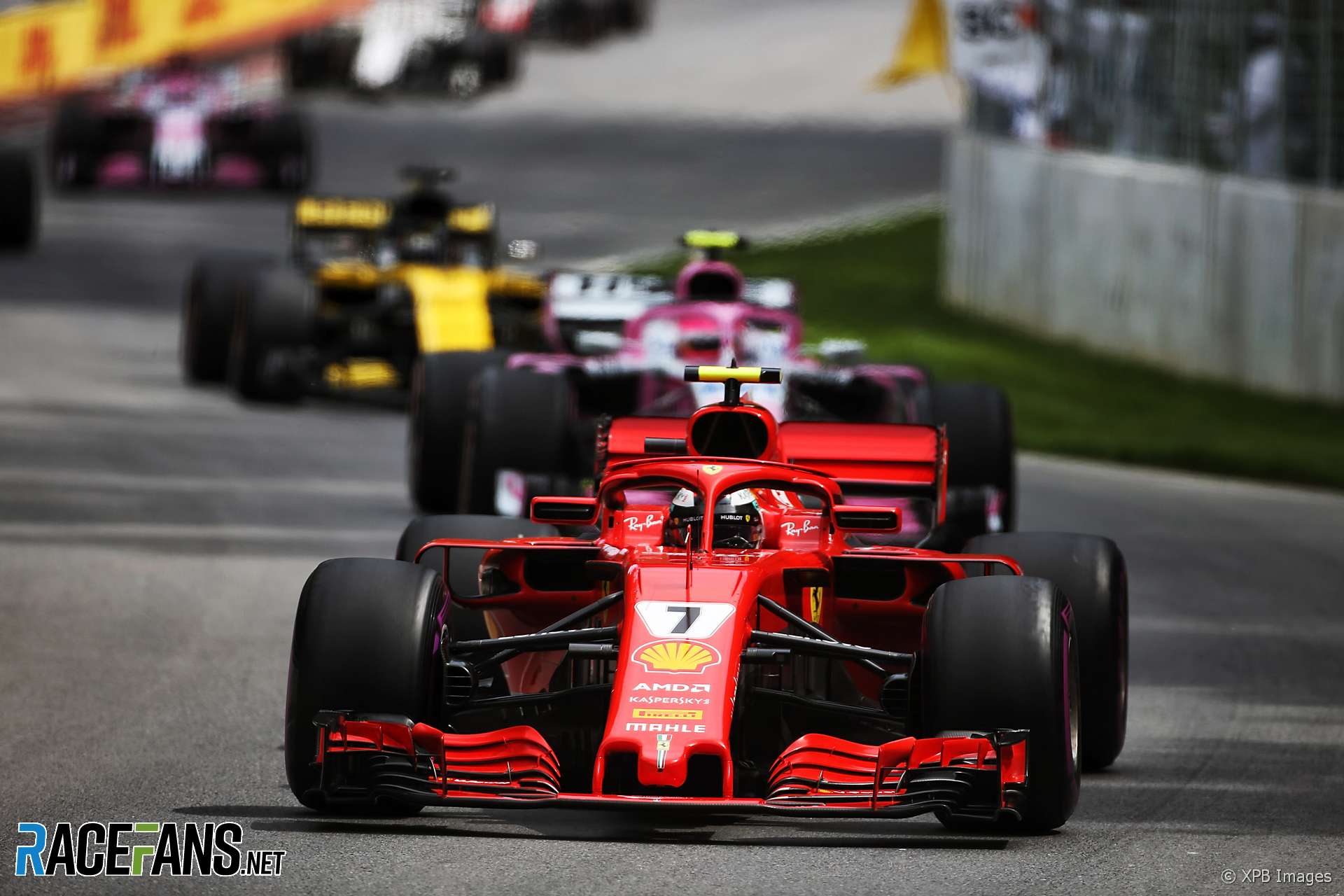 In the round-up: Kimi Raikkonen said he wasn’t able to get close enough to fight for positions in the Canadian Grand Prix.

Raikkonen said the processional race was little different to the Monaco round.

Well, not a lot happened, it was difficult to get even close enough to try to have any chance. I think everybody expected different but it was pretty similar story than last race. It was pretty boring…

I realise this isn't the most thrilling #CanadianGP but the random mid-race replay of the start, as if to say 'look, something exciting happened', is a bit pathetic. #F1 #CanadianGP

.@indycar needs to go back and race at Montreal. Amazing circuit that we would put on one hell of a show at. Those longs straights are inviting for our machines to draft right on by, would be a great race comparatively.

Esteban Ocon: "I came close to catching Sainz in the final few laps, but it wasn’t possible to overtake, especially after he cut the track and gained some time on the final lap when I was about to overtake him."

Brendon Hartley: "I got a good run on Lance out of turn four on the outside, but he lost the car which put us both into the wall."

Romain Grosjean: "When we came out of the pit we had a lot of blue flags and so on. I couldn’t really come back through the field."

"Under normal circumstances, Stroll would not come near a seat at Williams, a marque with nine world titles in the bank."

The changes that helped Ferrari grab pole in Canada (Motorsport)

"This year Ferrari has continued the recent trend of proportioning some of the brake duct’s design to power a blown axle, improving the aerodynamic footprint around the wheel rim and tyre."

Should McLaren be more than just an entrant in IndyCar?

The problem with McLaren going to IndyCar is that it dilutes the value of their brand. Not because IndyCar isn’t competitive, it is, but because it’s an automotive manufacturer racing a car designed and manufactured by someone else.