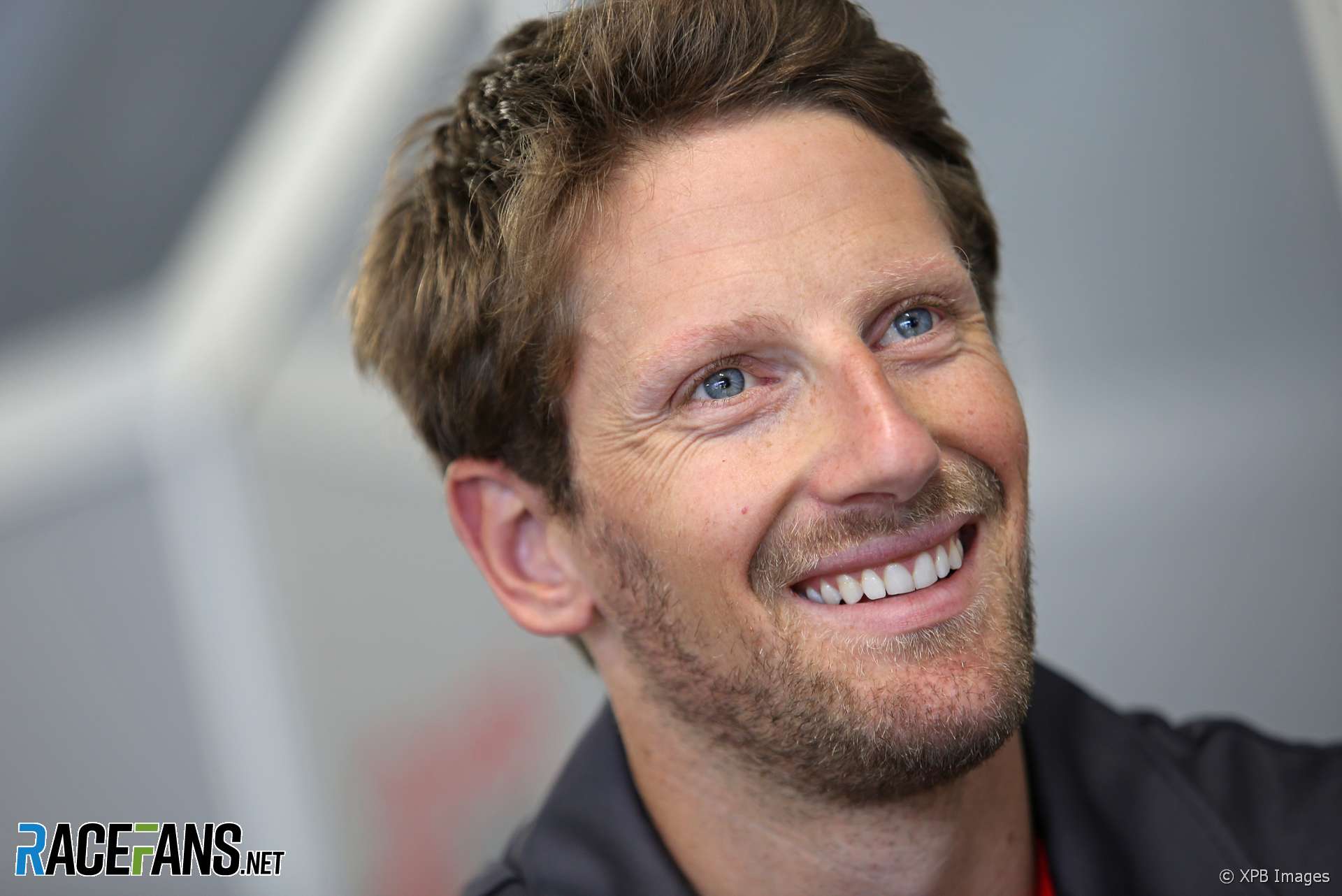 Romain Grosjean has described how criticism from other drivers early in his career motivated him to tone down his aggressive moves.

The Haas driver was banned from a race in 2012 after triggering a multi-car crash at the Belgian Grand Prix that year. However it is his subsequent crash later that year, when he hit Mark Webber at the start in Japan, which he considers his worst error.

“In Spa you could always argue that Lewis [Hamilton] had another 50 centimetres to move to the right,” said Grosjean in Baku this year. “My biggest mistake was not Spa Francorchamps, it was Japan where I hit Mark in turn one.”

Grosjean’s ill-judged move at turn two knocked Webber out of third place. “I was very angry with myself,” Grosjean admitted. Not quite as angry as Webber, who memorably branded the Lotus driver a “first-lap nutcase.”

“He would have punched me that day and I would have said nothing, he was in the right to do it. I was well aware I had fucked up, I made a massive mistake. He came and [all I could do was] tell him I’m sorry. You know, I felt terrible.”

This encounter proved to be a turning point for Grosjean, who moderated his aggressiveness at the next race in Korea. That, of course, allowed his rivals to take advantage.

“At the start I lost like three positions because everyone knew I was in that dangerous position and I was trying to stay out of trouble.” Grosjean said it took him until the start of 2013 to be able to “attack again and become more normal.”

Grosjean admitted he was driving in the knowledge that the other drivers around him had publicly criticised his performance.

“The worst [thing] is having criticism from the other drivers you’re racing against.

“The media, the fans always are going to find something – they are going to like you or dislike you whatever you do. It is what it is. When it comes from other drivers it’s harder because you compete against them and we do a dangerous game. It’s quite hard to come on the grid knowing they are going to criticise me.”

Grosjean’s error in Spain, where he lost control of his car at the start and spun into the path of his rivals, was a worrying sign of a potential ‘relapse’. But he’s not the driver who has attracted the most attention for his moves this year.

Max Verstappen has received similar criticism for a series of incidents, some of which involved other drivers including Lewis Hamilton and Sebastian Vettel. The Red Bull driver has brushed off calls for him to change his approach.

Grosjean says warnings from other drivers should not necessarily be taken as political moves or mind games. “I don’t think that’s the primary thinking. I think sometimes we just express what we’re feeling rather than thinking politically.”

However he admitted that a refusal to publicly admit mistakes or reveal weaknesses is a trait some of F1’s most successful drivers have shared. Drivers likes Michael Schumacher and Ayrton Senna “would probably say [they did nothing wrong] in the first place,” said Grosjean, “but they would probably try to learn as well.”

“We are all different and I’m not afraid to say I made a mistake. It happens, we are not robots so we all do mistakes at different levels.

“In some work you can do some mistake and no one will ever see it. But obviously [for us] it’s on TV so a lot of people see it.”