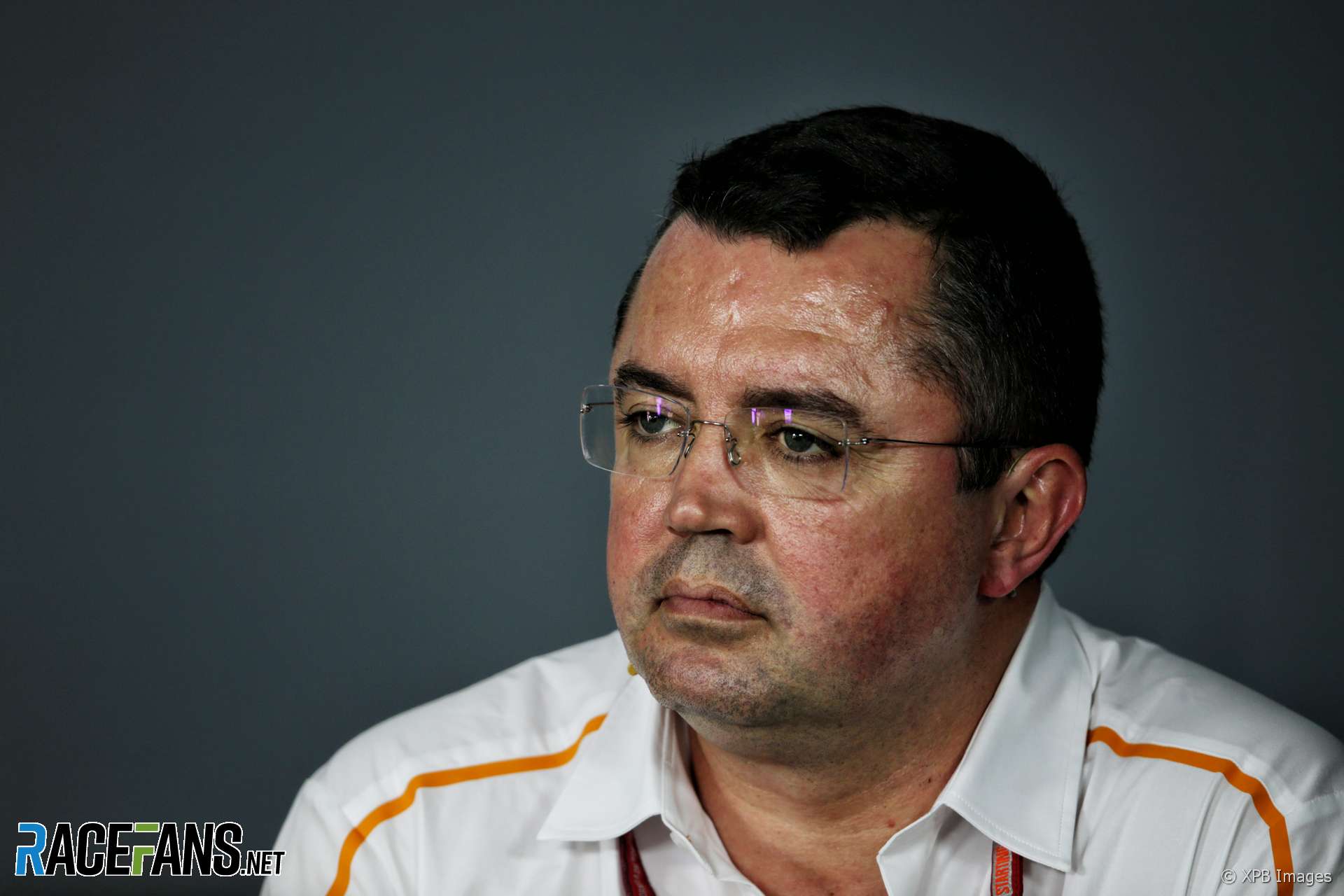 Formula 1 cars tackled Paul Ricard in anger for the first time in 28 years on Friday. But the traffic moved rather more slowly outside the track, and inside the paddock tempers ran high as McLaren faced the media.

I hit the road after locking up the lovely little cottage I’ve rented in Le Beausset, situated around 10 miles from the Circuit Paul Ricard. Within a few clicks of starting off, I hit traffic, so grab my trusty sat nav, which has live traffic updates and thus provides better info on routing. It pays off: where the car’s inbuilt system displays the main route, I cut through the countryside.

I reach the circuit within 30 minutes, where I’m greeted by a empty media centre – the majority of my colleagues are boarding along the coast, so face an hour’s journey, even without the dedicated “F1 Lane” intended to take the sting out of commuting for F1 personnel.

I covered my fears about the traffic situation in yesterday’s diary edition, so won’t bore you further save to say I was amused that major media outlets ignored the situation totally until the FIA put out a release about remedial traffic plans for Saturday/Sunday. Will the plans prove sufficient for the 65,000 fans expected each day? My optimism is kept well in check, particularly about post-race traffic jams.

British breakfast at Williams, during which the irony strikes me that the team needs to cover up its (Martini) alcohol logos or fall foul of French law – at a circuit founded by Paul Ricard, a liquor magnate, as a means of circumventing such bans in the first place, at a race promoted by the local government…

After lunch at Mercedes (pictured), it’s time for the FIA’s Friday press conference, and questions I’ve planned for Christian Horner regarding Red Bull’s Honda engine deal, plus Cyril Abiteboul regarding the impact of losing a customer.

However, I’d read about the “toxic” situation at McLaren, so line-up a question for Eric Boullier, too. In the event ‘Freddogate’ – allegedly McLaren staff are rewarded with 18-gram chocolate bars – overshadowed all sensible topics.

My take? The situation was chronically mismanaged by the team, with a hospitality ban on the journalist concerned simply serving to corral the entire Fleet Street pack against the hapless Boullier, whom many view as ‘not one of us’.

The media/team dynamic is a delicate one for both sides: how to work with teams while remaining unbiased is a constant challenge for media members, while teams need to accept that valid criticism, no matter how stinging, is part and parcel of the media’s duty. Highhanded tactics such as banning of journalists smacks of 1950s primary school tactics and indicates just how far McLaren has deteriorated in this regard.

It is no secret – although both parties seldom voluntarily disclose it publicly – that Zak Brown, CEO of McLaren Racing, is also non-executive chairman of Motorsport Network, owner of various major media outlets, which are increasingly favoured by the team. As long as such conflicts exist, McLaren will have no easy media ride – save, of course, from its ‘in-house’ allies…

More media wrangling: Since Liberty’s take-over of F1’s commercial rights there have been increasing perceptions that the ‘independent” media is gradually being shoved aside in favour of ‘on-message’ outlets, to wit channels and outlets controlled by Liberty, including its own broadcast crews.

Renault operates an ‘open’ Friday approach – i.e. broadcast/print media attend their sessions simultaneously – and after standing through during what were effectively impromptu “one-on-one” interviews with both drivers, I butted in after Carlos Sainz Jnr had answered the umpteenth question. The hissy reaction said it all: How dare I interrupt Liberty, accompanied by much toy throwing. I got my questions in, though…

Here’s the moral: During open sessions all media are equal and Liberty crews, regardless of how they preen themselves, are not a cut above the rest. It’s time Liberty came clean: Does F1’s owner actually desire a free and fair, open media serving the fans they profess to care so deeply about, or does the US-owned commercial rights holder wish to control every word and picture?

If you want to be at Paul Ricard in time for Sunday's race you should probably set off… yesterday #F1 #FrenchGPhttps://t.co/VZX7vyhNcd pic.twitter.com/wxqiMcB1iu

I completed my duties for the day, then reflect on the day’s proceedings, particularly as Google Maps shows vivid red lines on all around the circuit. How could the French GP organisers have gotten it so badly wrong after every interview referred to the historic traffic situation? Is it simply ignorance? No, the signs were all there. Arrogance?

It hits me that the day has been about arrogance, arrogance on the part of promoters who simply refused to listen to warning signs first uttered a year ago, arrogance on part of McLaren’s communications team, and the consequences of Liberty’s increasingly arrogant approach to the independent print media.

I reach the cottage and tuck into the half pizza I had stored from the previous evening, washed down by Coke Zero obtained from a team (no, it wasn’t McLaren).

I receive reports from various folk that the traffic situation is, if anything, worse than on Friday due to the (expected) increased volumes. Indeed, an acquaintance, a veteran of over 50 GP visits, calls to say that, “yesterday was the shittiest time I’ve ever spent at a grand prix, we got there in time to return to the hotel.”

He goes on to tell me that he and his mates have elected to stay at the hotel rather than subject themselves to traffic torture. This after flying in from South Africa to experience France’s return to the F1 calendar.