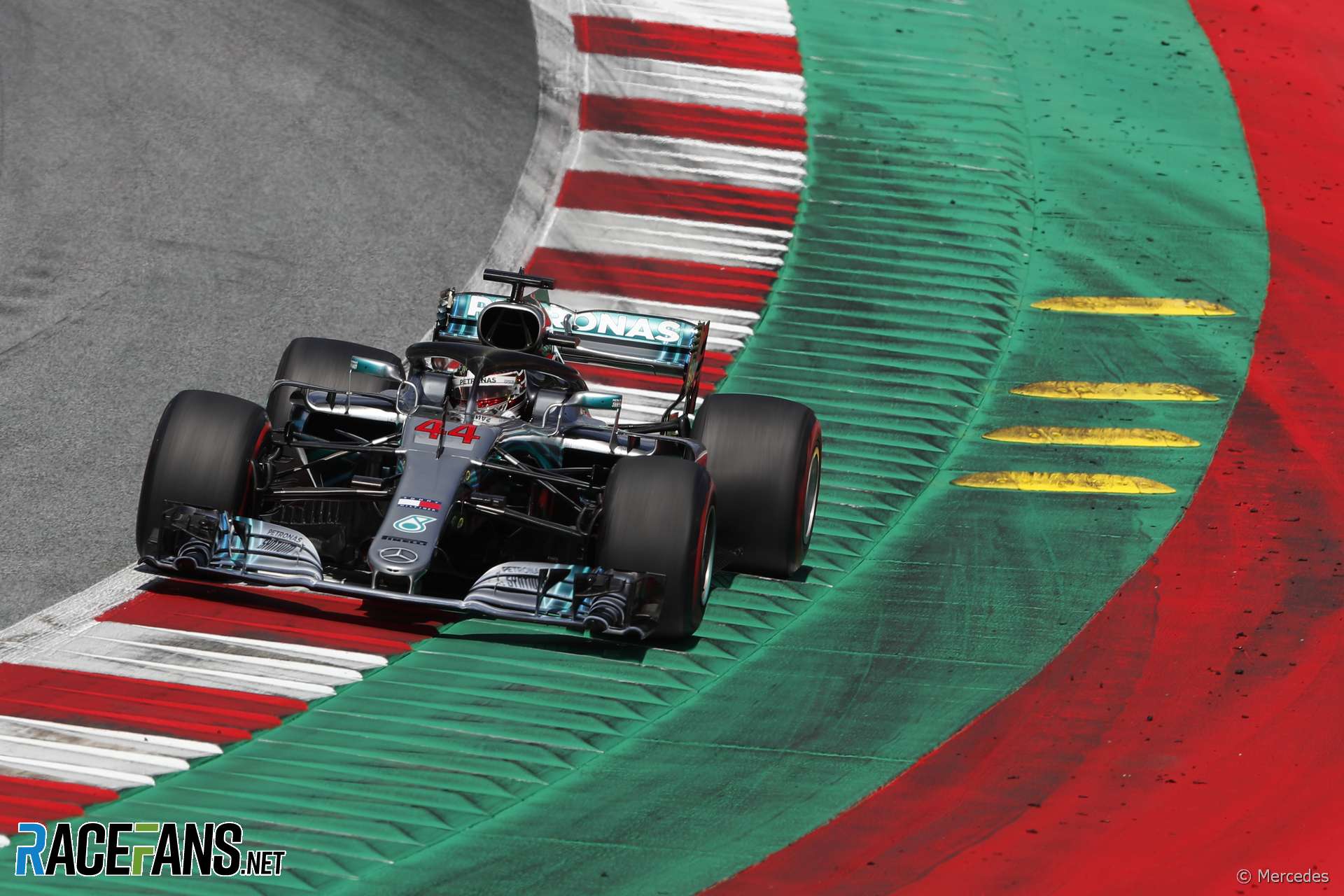 Lewis Hamilton says Pirelli should have brought its thinner-tread tyres for the Austrian Grand Prix after he and other drivers suffered blistering in the race.

Pirelli produced a special batch of tyres which are 0.4mm thinner than usual for the previous race at Paul Ricard, as well as at the Circuit de Catalunya earlier this year. The thinner tyres were created after some drivers experienced blistering in testing.

Hamilton was one of several drivers whose tyres blistered during yesterday’s race. The team only planned to pit once but Hamilton was forced to stop again for a third set of tyres.

“They should’ve brought the other tyre here, the same tyres we had in the last race,” said Hamilton after the race.

Asked if it was unusual to see tyres blistering, Hamilton said “it’s not unusual. When you make the wrong call, that’s what happens. They were supposed to bring the other tyre this weekend.”

“It doesn’t really make a difference to my weekend anyway” added Hamilton, who retired with a loss of fuel pressure following his second pit stop.

Sebastian Vettel previously claimed Pirelli introduced the thinner tyre due to pressure from Mercedes. The thinner tyres will be used again at this weekend’s British Grand Prix.

Hamilton said the fragility of the tyres prevented him from being able to attack the cars in front of him when he fell to fourth place following his mis-timed pit stop.

“I was trying to overtake,” he said. “And that’s probably the problem with these tyres is you can’t stay in a race.

“I had the pace to put on a race and stay with them and be in the fight for the rest of the race and then the tyres don’t make it. In that circumstance, that’s robbed the fans of seeing more racing. But that is just the way it is.”