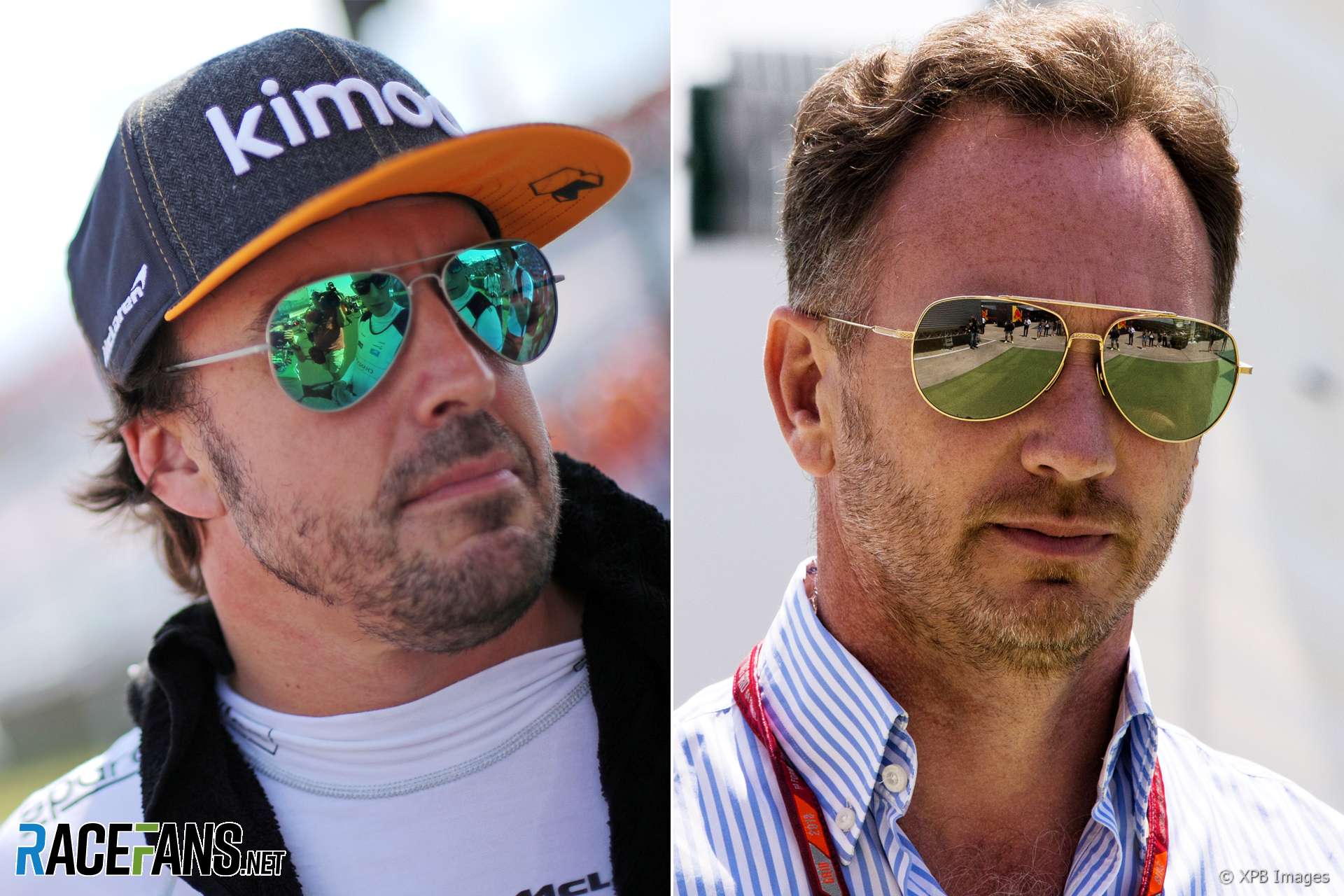 Red Bull team principal Christian Horner has responded to Fernando Alonso’s demand for an apology over claims he was offered a seat at the team.

Alonso said yesterday Red Bull twice offered him the chance to replace Daniel Ricciardo at the team, a claim which the team has repeatedly denied.

According to Alonso the offers were the latest in a series of bids dating back to 2007. He said Horner has already apologies for earlier comments describing Alonso as someone who tends to “cause chaos” at his teams.

However Horner continued to deny Alonso had been offered a drive for 2019 when asked by Sky.

“I’m not quite sure, maybe [Toro Rosso team principal] Franz [Tost] has made him an offer. There was no offer from Red Bull Racing this year.

“Fernando Alonso is a great driver, he is one of the best grand prix drivers out there. But he just doesn’t fit the profile of our team, the investment we have in youth, in a junior team with Toro Rosso. I think it will be sad for him to leave Formula 1.

“But there was certainly never any offer on the table from Red Bull Racing.”

Horner said there had been discussions with Alonso’s manager Flavio Briatore but no offer had been made for the driver, who will leave F1 at the end of the year.

“I had a couple of conversations with Flavio [who] was obviously looking around. There was an enquiry that came from FOM immediately following Daniel’s announcement.

“But the situation was always very clear that Fernando doesn’t fit in our thoughts and our future so there was never any offer. Why Fernando’s chosen to say that I’m not sure, I’m not sure whom he had the offer from.”