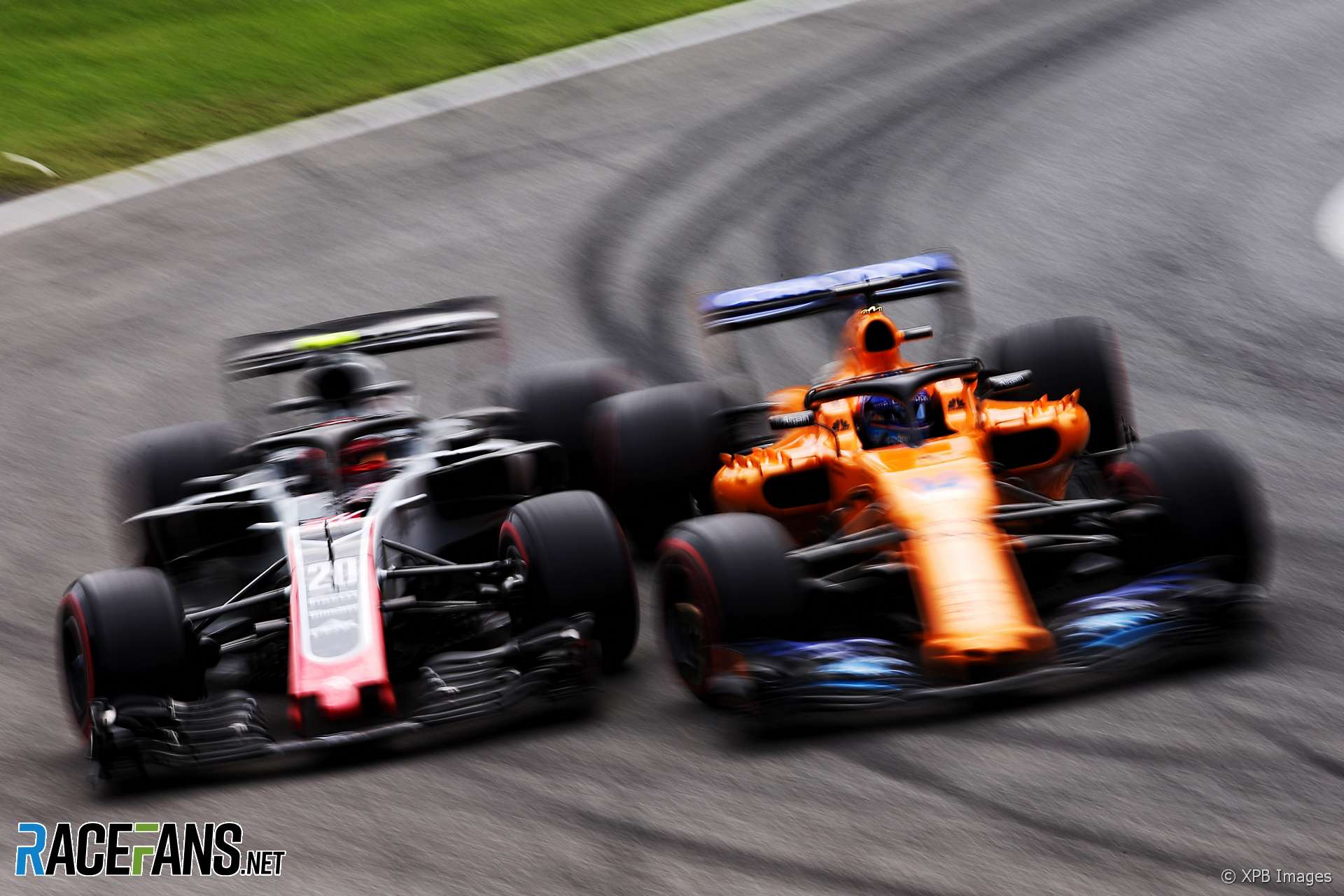 The Italian Grand Prix stewards have taken no action against Fernando Alonso and Kevin Magnussen for their incident during qualifying which forced both drivers to abort their laps.

The stewards ruled “the incident between car 14 [Alonso] and car 20 [Magnussen] at turn one did not specifically constitute unnecessary impeding by either driver, notwithstanding the fact that both drivers lost their lap.”

Alonso said he couldn’t understand Kevin Magnussen’s decision to overtake him at the beginning of their final runs in Q2, saying it ruined the Haas driver’s chance to reach Q3.

Alonso was running behind Lance Stroll and in front of Magnussen as they approached the Parabolica before beginning their final runs. Magnussen then overtook Alonso, who slipstreamed back ahead of the Haas and tried to overtake him around the outside of turn one. The pair lost time while disputing the position and both had to abort their laps, missing the cut for Q3.

“We were all together on the out lap in the last corner,” Alonso explained. “He decided to overtake in the last minute and fill in between two cars and we were already starting the lap. We had to compete into turn one.”

Alonso says he was not to blame for Magnussen’s lap being spoiled. “If it’s my fault probably the stewards will give me a penalty,” he said before the decision was announced. “I don’t think so because I was ready to prepare the lap and he filled the car in between two of our cars and use that gap.

“But obviously it was way too late in the out lap to choose to do that. We fought into Q1. He’s here, talking to the press, not in Q3, with a car that can be in Q3. For me it doesn’t change much, for him it was not very clever.”

Magnussen’s team mate Romain Grosjean, who was running behind him in the queue, made it into Q3 and qualified sixth.

Team radio from the incident