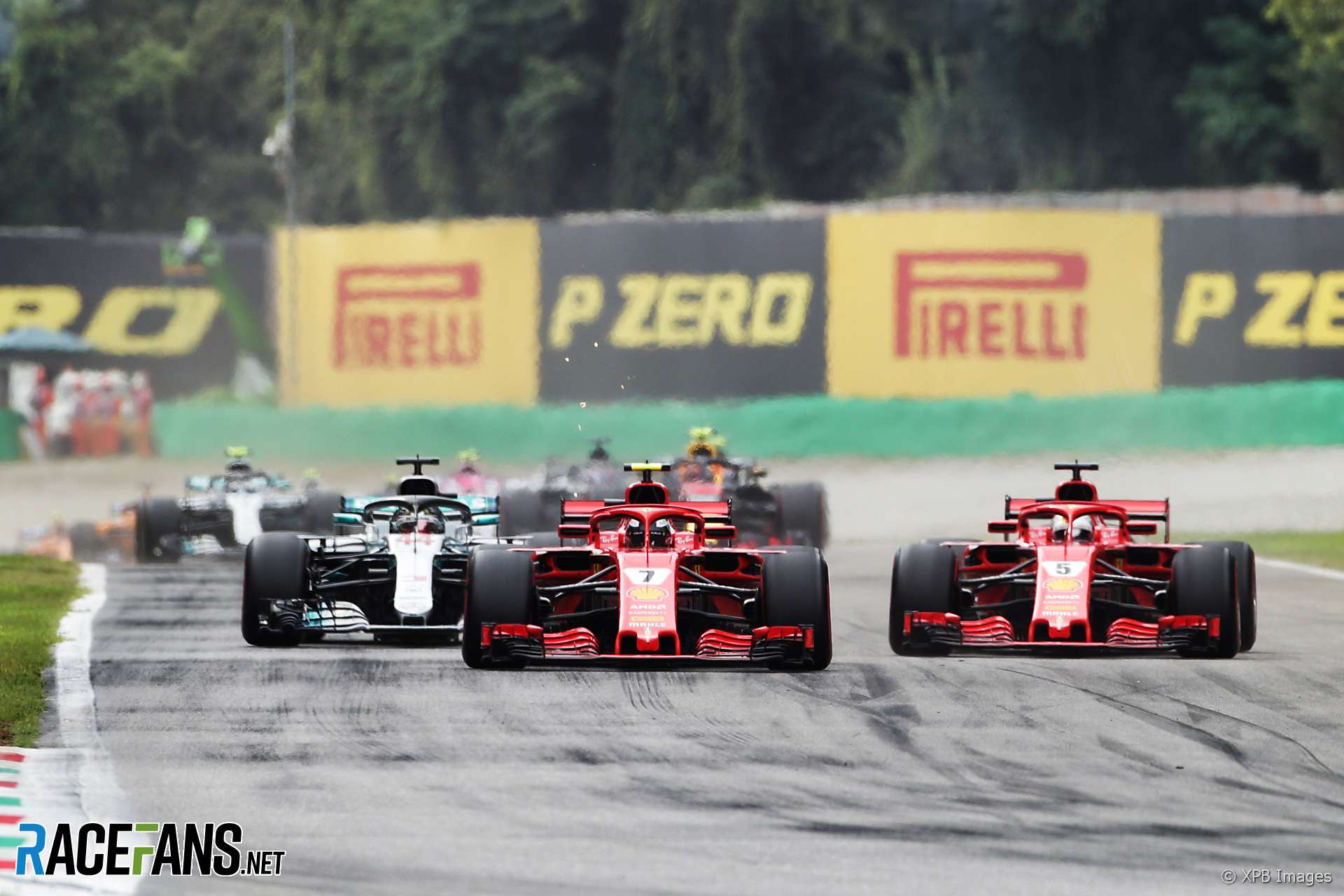 Lewis Hamilton dismissed Sebastian Vettel’s claim he did not leave enough room for his championship rival when the pair collided on the first lap of the Italian Grand Prix.

The Mercedes driver overtook Vettel at the Variante della Roggia but the pair made contact which left the Ferrari pointing the wrong way.

Hamilton said he was surprised by Vettel’s choice of lines through the corners at the start, which gave him the chance to pass his rival.

“It was intense,” said Hamilton. “I think we all got off to similar starts, I got a bit of wheel spin. We went into turn one, I was surprised that Sebastian went to the left, but then we got into turn one and I think there was a small touch between us all.

“And then powering down to four again a bit surprised that Sebastian chose the inside and not going to the outside of Kimi [Raikkonen]. that was my opportunity, stuck it down the outside and had to make sure I was far enough alongside. I remember a few years ago I was on the inside, I didn’t come off very well.

“But ultimately there was enough space between us. I’m guessing maybe he locked up, I don’t know why he touched, but it was a brief moment, it just damaged the car a little bit but I was able to continue. The rear was moving around a bit more so that made it a little bit more difficult but not impossible.”

Vettel described his move as “silly” but the stewards ruled it was a racing incident.

“I think it was a racing move,” said Hamilton. “It was pretty much the same manoeuvre that Kimi did to me.

“I’m sure it’s a comment that was done in the heat of the moment and it’s never a great feeling when you spin and the cars are coming the other way. So I don’t take anything from it I know how it is to be in that emotion and I’m sure he didn’t meant too much by it.”

96 comments on “Hamilton dismisses Vettel’s complaint: “It was a racing move””