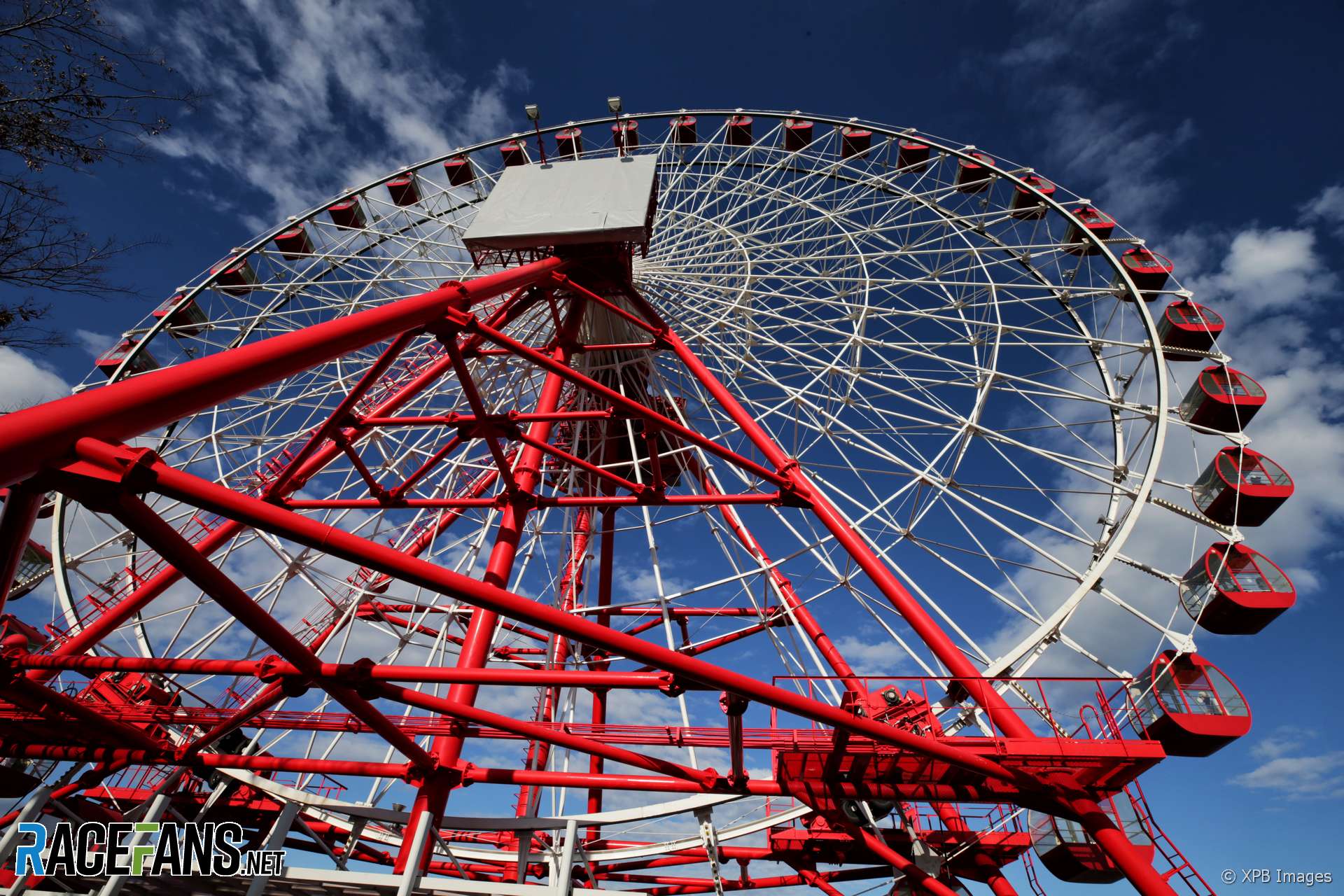 A minor earthquake near Suzuka forced a change of plans for @DieterRencken on his final day at Suzuka. Meanwhile Red Bull were putting pen to paper…

I’d decided to lie in and catch the 10:01 to Shiroko rather than – the closer I stay to European time the better for jet-lag. I take my time sorting out my morning routines, having breakfast and sauntering to Nagoya station.

I soon regret my decision. The Express rolls out and I should be in Shiroko three hours before the race starts. But 40 minutes into our journey the train pulls up at Yokkaichi and stays there. Then announcement, murmurs, some folk alight, others grab their bags but look hesitant. Another announcement, more folk alight. Everything happens in Japanese, so I ask a local wearing a (black) Lotus cap.

Turns out there’s an (unspecified) incident up the track, and the options are an open-ended wait, or catch the next local train to wherever. As the majority has chosen the local option, I follow suit and at 11:20 we head off – in the opposite direction and reach Hinaga station, which seems to be miles away from Suzuka, and ultimately proves to be.

A bus pulls up: He’s not going to Suzuka, says the driver, but there’s a common stop on his route. There is – but eventually we discover the 643 bus doesn’t do weekends, so walk about two miles to a circuit gate, from where I have another mile to the paddock.

It turns out to be an enlightening experience: The side entrance takes me through Honda Mobilityland, a family theme park used mainly by company employees, plus past various circuit shops and facilities before I end up in the Fan Zone, which is absolutely packed with folk enjoying stage activities, local and F1 merchandising stands, and foods to suit every taste. All very Japanese, including the public conveniences… 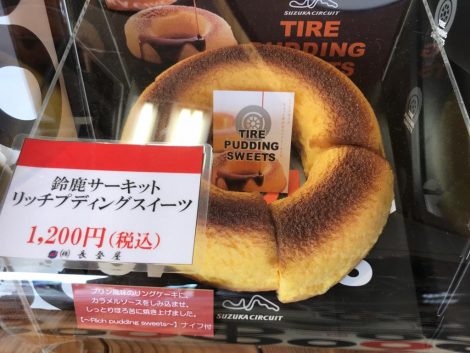 I hit the media centre after delays of almost two hours, but gained an insight into the trials and tribulations faced by Japanese fans, having seen at first hand the distances they face on foot from distant car parks, bus stops and stations. And it wasn’t raining.

Later I discover the reason for our delay: Apparently a minor earth tremor hit Mie Prefecture at 10:04 this morning, forcing Japan Rail to inspect the lines and hence our train’s termination. A colleague whose mates were scheduled to travel later were rerouted via other stations and only just made it to the circuit on time.

In the train I hadn’t felt the tremors, possibly being too far away at the time, but a team boss confirmed the mini-quake, which hit during a meeting called by F1 CEO Chase Carey. Said source commented that discussions were “earth shattering, but not due to the topics…”.

Lunch at Mercedes: tuna and avo salad, followed by ribs and mash with fried veggies, plus fruit salad to finish. Then I head straight for the grid, hoping Charles Leclerc manages to bypass F1’s restrictions on helmet livery – one change per season – and is able to pay tribute to his close friend, mentor and godfather Jules Bianchi, who suffered fatal injuries here four years ago.

Having paid tribute to his late father in Monaco, Charles is stuck with his standard colours for this race, but is considering a dual livery helmet for next year. Another to pay tribute to Jules, was French compatriot Pierre Gasly, who, with Leclerc, laid flowers at the scene of Bianchi’s accident on Thursday. 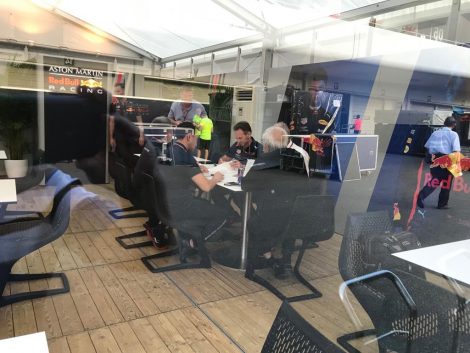 On the grid I have a brief chat with Red Bull consultant Helmut Marko, who makes oblique references to our June news story about the team’s Memorandum of Understanding with Honda (Ricard link), but due to the hubbub I don’t fully catch what he says. I plan to follow up, but in the event don’t need to: post-race I spot executives from both parties signing some very thick sheaves of documents – all sorted then, Helmut?

Race done, it’s interview time: I catch Force India’s Otmar Szafnauer for an exclusive, then grab Pirelli F1 boss Mario Isola for a quick chat. I ask about the mooted name switch from seven compound colours to hard, medium and soft, and the Italian confirms that all manufacturing and logistics challenges have been sorted and the change approved. A formal announcement is expected soon.

Toto Wolff time – he’s obviously on form, yet downplays Mercedes’ title chances despite driver and team respectively being able to sniff their fifth title victories, particularly after Ferrari today again made it so easy for the Silvers. Yes, Vettel had a racing accident, but a Scuderia cock-up at the beginning of Q3 was where his weekend began to go downhill.

Next I hear from Guenther Steiner who defends Kevin Magnussen’s move on Leclerc robustly after the latter severely criticised the Dane. This is followed by the media debrief with race director Charlie Whiting.

You may have noticed his remarks appearing more frequently after races this year than before. This is because the FIA introduced a session earlier with Whiting this year. His incisive takes on the more contentious points – including his opinions for penalties (or not) – have become one of the highlights of the race weekend. 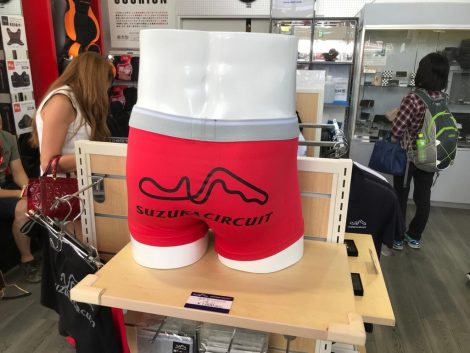 Chase Williams stuff, swap info with colleagues, discuss plans for US travels with others, then start packing up for the weekend. It’s crazy to think that a week ago we were in Russia, today we’re ready to depart Japan, and in a little over a week we meet up in Texas before travelling to Mexico.

Head for shuttle, and hopefully an early train out of Suzuka. We’re delayed due to sheer numbers and traffic, but the shuttle reaches Shiroko station just as the Limited Express pulls in. It gets me to Nagoya by 8:30pm, and I’m in my hotel within two hours of packing up. Another great weekend has come to an end.

Tomorrow I have some stuff to write for various outlets, Shinkansen to take to Osaka and a midnight (Emirates) flight to catch to Belgium via Dubai. If all goes well I’ll dock in Brussels Tuesday afternoon, have a day at home, then hit the Paris Motorshow on Thursday. Talk to you from Austin.