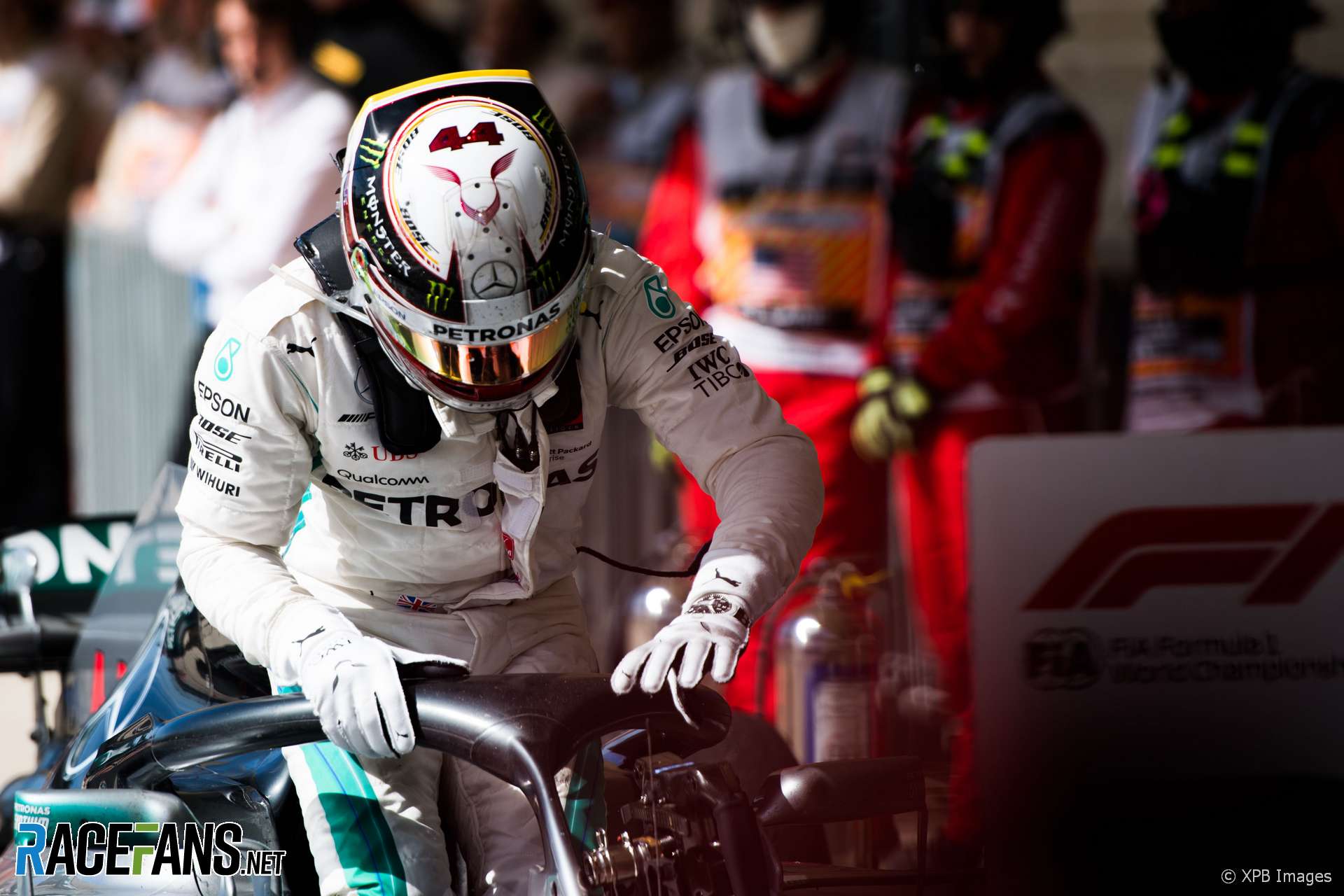 Lewis Hamilton believes a combination of factors explain why he wasn’t able to convert pole position into victory in the United States Grand Prix.

In response to a question from RaceFans, Hamilton said one of them was a last-minute change of water pump on his car on Sunday morning.

“You saw the car was in a million pieces this morning so it wasn’t ideal for the race,” he said. “Probably if we hadn’t had to have a morning like that our race outcome would have been a bit different.”

However Hamilton said there were other reasons why the balance of power swung in Ferrari’s favour.

“I think they gained some pace and we lost some. I’ve asked them to go and dig, find out why. But then there’s more on top of that, that we’ve just been talking about.

“Plus in the race for example there was some debris, some damage on the floor, all these different things add up through the race. There was a couple of tenths from floor damage. Everyone else maybe had the same thing.

“And then we had another problem which, we don’t know how much time that was.”

Hamilton was forced to make a second pit stop when he encountered blistering on his rear tyres. He said the team wasn’t expecting to have to pit twice.

“Today an outlier was that we didn’t have great pace and we had worse tyre usage than everyone else which is rarely ever the case.

“I think we were forced into a two-stop race for certain things that we had that weren’t ideal with the car. We didn’t know that was going to be the case when we got into the race. It was a real struggle. The car was a real handful today.”

43 comments on “Hamilton sees many reasons for Mercedes’ Austin struggle”